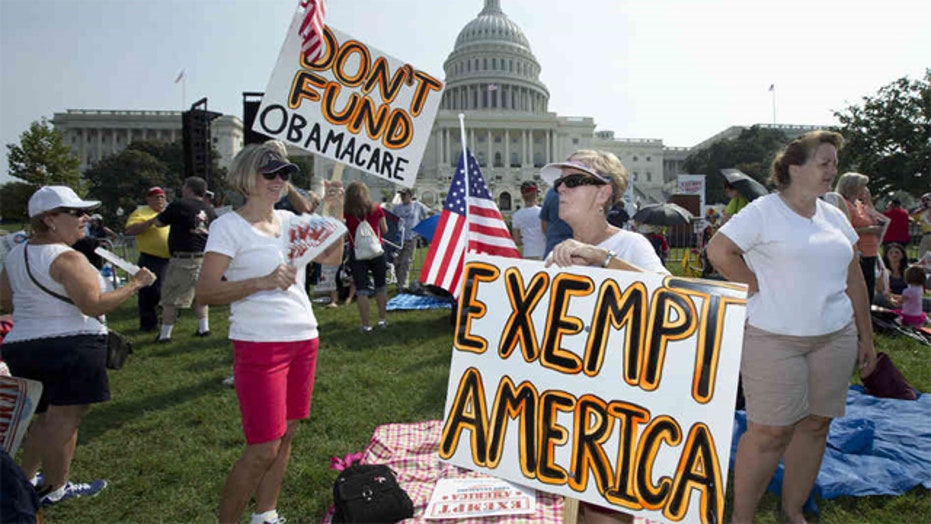 NEW WORRIES ABOUT JOBS AMID FEARS OF A GLOBAL SLOWDOWN

GARY B SMITH: People just aren't spending. Look at the number of companies, the names of the companies that have announced poor earnings or at minimum poor forecasts. We have Walmart, Sear's, Game Stop, etc. Christmas was really poor and I don't see it getting any better. If the consumer is not spending, it's almost impossible for the companies that make the S&P to grow. If they aren't growing, they aren't hiring.

MARK HANNAH: There is a reason consumers are not spend close. They don't have the money in their pocket to do so. There is no question that when the middle class has a ton of money they spend it. The reason this is happening is because the recovery we have seen over the past couple of years has disproportionately affected in a positive way the people that are already well off. We seen the stock market recover, housing price goes up. We haven't seen wages increase. We haven't seen the recovery distributed and shared by all Americans.

JOHN LAYFIELD: This has nothing to do with minimum wage. The problem we are seeing is we still have a net loss in jobs since President Obama has taken office. We had the lowest participation rate since March 1978. We see Target, J.C. Penney's, and others laying off people. There are a lot of positives out there, but we see a lot negatives, especially with natural gas rising and costs for all people are starting to take an effect on this stock market and this economy.

JONAS MAX FERRIS: I'm not as pessimistic about the situation. I will say if the stock market keeps going down like it did this last week, then I would say unemployment could go up. There has been a huge wealth effect, the stock market had its best year last year since the mid-90s, and there is a trickle down effect in the economy. They feel richer. They wiped out a lot of the losses that happened in the '07, '08, '09 crash. It will let people spend less, and that would lead to higher unemployment.

TRACY BYRNES: I think every policy from the Obama Administration has backfired. They have hurt the middle class. The reverse effect happened with every policy, and that is no one's fault but the White House. What is happening in Middle America is what has been happening for years now. It is because of uncertainty out of D.C., increasing, people don't know what's going to happen. All you will hear out of the financial pundits over the next few weeks is no top line growth. That means no revenue, no sales. People are not buying stuff, because they still don't know what the heck is going on out there.

MORE COMPANIES CUTTING BACK ON HEALTH PLANS DUE TO OBAMACARE

JOHN LAYFIELD: There is a reason that there is not a subsidy for part-time workers. The government wants to take over the health care exchange, which they are getting to do, 35 of the 50 states can't afford it, and they are pushing it back to the federal government. The federal government planned this all along to control this insurance market. There looks like they're getting their way.

JONAS MAX FERRIS: What is this bogus relationship between the employer and employee? Why should Target have to provide health insurance to a part-time worker stocking shelves? They have to get their own health care. Those who can't afford it, the government should kick in. This whole situation where employers have the HR department and go shopping around for health care, like that's what they have to provide employees. No major country does that. I think it's a win for Target. It's good, they shouldn't be punished for not wanting to get everybody an insurance plan.

TRACY BYRNES: I think you are giving the government too much credit. I don't think they're smart off. I think it's a complete unintended consequence. They screwed up from the get-go. No one read anything. No one knew this was going to happen. Every day we get a new revelation about how this thing will fall apart at the seams.

MARK HANNAH: We're not talking a huge number of people here. Part of the reason Target is cancelling its health care is, as it says, has a low participation rate. Guess what? Good for America that those people getting bounced off their health insurance have a place to go get affordable health insurance, if they need it, it's subsidized.

GARY B SMITH: In this case, I think it was relatively lazy, the government sat there and thought, "Hmm, how can we get people into our system? What will make it easy for companies to kick them off?" That's exactly what happened here with Target. Basically, they said, "It's 10 percent of our employees. We can wipe our hand and be done with them. They can go into ObamaCare."

JONAS MAX FERRIS: Let's think about Colorado for a second. They just legalized marijuana, so you got to have a whole set of rules like a cool close off period to get married, which this law provides. You know, it's not the federal government doing it. States have all kinds of crazy rules. There should be a law that you have to be 25 to get married. That's like renting a car. I think it's a great move in that direction.

JOHN LAYFIELD: Exes spend a lot of money. It's actually very good for the economy. I hope whoever made this law was as high as Justin Bieber. They have to admit they are stupid. Stay out of marriage, government.

MARK HANNAH: I wonder if there is a testing component to this. Then you can hold it over your spouse the rest of your lives if you did particularly well on it. I think marriage is an education.