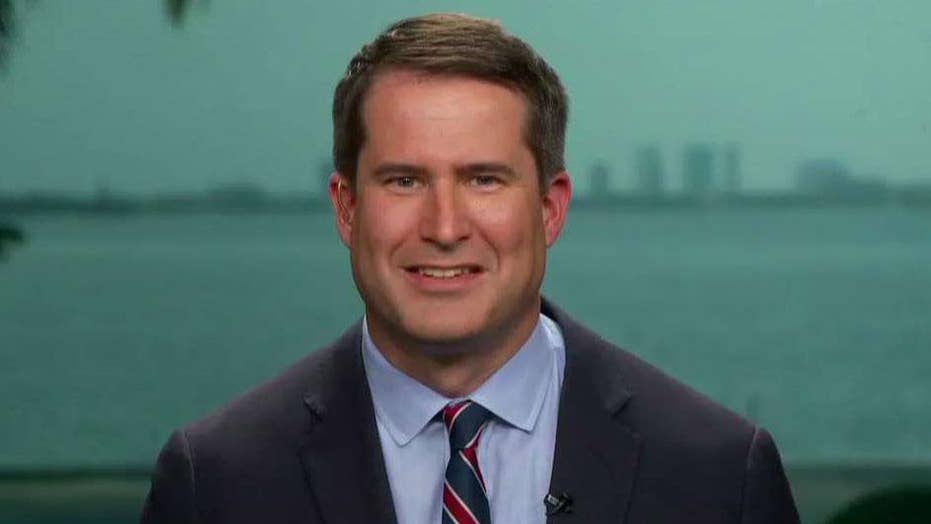 This is a rush transcript from "Special Report with Bret Baier," June 26, 2019. This copy may not be in its final form and may be updated.

BRET BAIER, ANCHOR: One of the declared Democratic candidates who was not invited to this week's debates here in Miami is Massachusetts Congressman Seth Moulton. He is nevertheless here in Miami. He joins us tonight.

Congressman -- thanks for being here, we did want to do this interview obviously here but you didn't have the credentials -- what about that? Now being here on site -- how much does it hurt your campaign?

REP. SETH MOULTON, PRESIDENTIAL CANDIDATE: It doesn't. I mean Bret -- I was one of the last candidates to get in this race because I have an eight-month-old daughter at home and so I knew that missing the first debate was a real possibility.

But this debate -- seven, eight months out from the election -- is not going to decide who the best nominee is to take on Donald Trump. The voters on the ground in early primary states like where I was in South Carolina last weekend, they are going to make that decision.

And I have been making my case to voters across this country and its resonating on the ground. And that ultimately is what's going to matter in this election.

BAIER: I hear you. But you know the polls and I know you got in late. If you look at the RealClearPolitics average of polls, and this is all the recent polls, you are at the very, very bottom -- 0.1 percent. How does that change before the next debate or the third debate?

MOULTON: I say if you look at our progress over time, we are already starting to take up as I introduce myself to more Americans. What I hear from voters is that they want three things out of our nominee.

First they want a new generation of leadership.

But second, they've got to make sure that we have a nominee who can stand on the debate stage next to Donald Trump and take him on as commander-in- chief.

And third, they want someone who can actually build the coalition we need to defeat him because I think Trump is going to be a lot harder to beat than many Democrats think. And that means a coalition that includes everybody in our party, plus independents -- those Obama-Trump voters -- and even some disaffected Republicans.

I can build that coalition because I built it in the most difficult circumstances before in the middle of a war. I led troops in combat as a Marine platoon commander over four tours in Iraq where my fundamental job was to bring together this incredibly diverse group of Americans from all over this country, with different religious beliefs, different political beliefs, and get them united behind a common mission to serve America in the middle of a very divisive time -- in the middle of a war that many of us disagreed with.

I think that's the leadership we need from the next president of the United States.

BAIER: Congressman -- you're talking about bringing people together but you told the "Washington Post" in this interview that you called President Trump unpatriotic because he received a deferment to the Vietnam War. He has a warped view of patriotism, you said.

Now -- so anybody who didn't serve in Vietnam you think is unpatriotic? Or specifically this president?

MOULTON: No, I think that if you lie to get out of the war, that makes you unpatriotic, especially knowing that -- you know, this is not like there is some empty seat with Donald Trump's name on it that went to Vietnam, someone had to go in his place, some patriotic American who was willing to step up and serve the country even in the midst of a terrible war so that no one had to go in his place.

I would like to meet the American hero who went to Vietnam in Donald Trump's place. I hope he's still alive. That doesn't make you a patriot without service.

BAIER: Here's what else you said in this "Washington Post interview, about war experience. We've got a sound bite here.

MOULTON: You've got a commander in chief who dodged serving in Vietnam and therefore doesn't really have a credibility to say no to these hawks who want to go to war. That's incredibly dangerous for our country.

And you have a very volatile situation. And America doesn't have a plan.

BAIER: Ok. So you say he can't say no to these hawks who want to go to war. We had an unmanned aerial drones shot down by Iran. He said no to anybody in his administration who wanted to militarily respond, correct?

MOULTON: Actually he said yes, and then he changed his mind and made this panic plea to negotiate with the Iranians. I mean this chaos at its worse. You do not conduct foreign policy leadership by tweet.

BAIER: What would you have done?

MOULTON: What I would've done? First of all -- I would've responded immediately and decisively to the attack on our drone to make it clear to Iran that they are not going to get away with that behavior. I would've done it in a way that there's not escalation --

BAIER: But you would've said yes to the hawks.

MOULTON: No, no. I would not have done that. I would've said yes to a plan that does it in a way that is unmistakable, decisive, but does not escalate. And what I have advocated for is a cyber attack to shutdown the electrical grid where those missiles were used.

MOULTON: Second, I would build a coalition to preserve the shipping lanes in the gulf. Third I would make it clear what our end game is because no one in the administration let alone the commander in chief has done that, has said how do we get to where we want to be with Iran without going to war?

That does not mean regime change because they are never going to agree to that without a war. But it does mean strengthening the Iran nuclear deals, changing their behavior and making it clear that if they follow these steps, we'll reduce sanctions and we can improve the situation from where it is today. That is the kind of clear decisive leadership we need from a commander in chief.

BAIER: Ok. Congressman Seth Moulton -- we appreciate your time. And we may see you down the road here on the campaign trail.

MOULTON: Bret -- thanks very much.