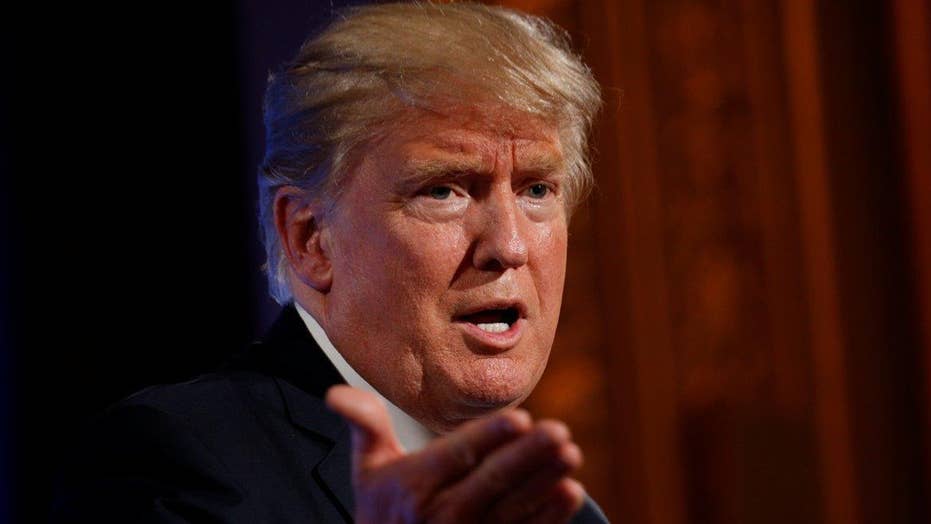 This is a rush transcript from "Special Report with Bret Baier," September 1, 2017. This copy may not be in its final form and may be updated.

BRET BAIER, ANCHOR: Meantime, a decision about DACA, the so-called Dreamers. We are now told it will be Tuesday.

PRESIDENT DONALD TRUMP: We love the dreamers. We love everybody. Thank you very much.

KEN PAXTON, TEXAS ATTORNEY GENERAL: Our efforts to stop the president's illegal immigration plan go back to a fundamental issue which is that one person doesn't have the unilateral authority to change the law and make new laws.

SEN. LINDSEY GRAHAM, R-S.C.: They came out of the shadows at the invitation of their government. The question for the Republican Party is what do we tell these people?

SEN. DICK DURBIN, D-ILL.: I am hopeful that even in an anti- immigrant climate from the last election, when it comes to solving this problem and others like border security, we can find some common ground.

BAIER: So what is going to happen? How is it going to happen? Let's bring in our panel: Tom Bevan, Real Clear Politics co-founder and publisher; Madison Gesiotto, columnist for The Washington Times, and Byron York, chief political correspondent of The Washington Examiner. OK, Tom, there is a decision here, and it seems like there's going to be kind of a walking in the middle, somehow, a caveat that the Dreamers can stay. But we don't know thank you how it's going to play out for what Congress is going to do.

Obviously to handle it, they will pass some sort of specific legislation just for Dreamers. But obviously this all comes out of the fact that President Obama couldn't get immigration reform through Congress when he was in office. There is no chance that we are going to have any sort of comprehensive immigration reform. It's going to be this one little piece.

BAIER: And Madison, looking at that White House briefing today, those reporters were trying to get the answer. Take a listen.

UNIDENTIFIED MALE: Is it conceivable that he could end this program and send all these people out of the country?

UNIDENTIFIED FEMALE: The vice president said that the president will use a big heart to make his decision. What is the definition of "big heart?"

UNIDENTIFIED FEMALE: He's a paramedic. He's been working since the storm hit to help people in the community in and around Texas. He also happens to be a Dreamer.

UNIDENTIFIED MALE: Is what's happening in Texas and even Louisiana --

SARAH SANDERS, WHITE HOUSE PRESS SECRETARY: I think the decision itself is weighing in on him, certainly.

BAIER: The decision weighing on him. They tried all different kinds of ways to get them to answer. But Tuesday, she kept on saying, is the decision.

MADISON GESIOTTO, THE WASHINGTON TIMES: They are going to have to wait until Tuesday. And I think the thing we need to keep in mind here is if he decides to not rescind DACA, we have 10 states vowing to sue the administration. And if this does go to court, I don't think it's going to be upheld just simply because of the fact that we have DACA rulings serving as precedent here. And so I think this is something Congress ultimately is going to have to handle regardless of what happens on Tuesday.

BAIER: And you do have Senator Thom Tillis, a number of lawmakers on the House and Senate side, ready to dig into this, Byron.

BYRON YORK, THE WASHINGTON EXAMINER: You have to remember, about a third of the Senate, senators in the Senate voted for comprehensive immigration reform, a lot of them for it. Republicans are in a funny position here. Almost all of them argued that this was an unconstitutional overreach by President Obama. And now that president is thinking about getting rid of it, they are saying, no, don't do that.

And then you have Paul Ryan saying the president should keep it in place because Congress wants to fix it now. Knowing what you do about how Congress has performed this year, how much faith do you have that they are going to take care of this? And what else do they have to do coming up in September and October? How much faith do we have that they are going to do this?

BAIER: Yes. What about this whole argument that this is a chip, Madison, in a negotiation yet to recognize about a border wall, about immigration broader, and that DACA and whatever happens, when he announces Tuesday, is part of that?

GESIOTTO: I definitely understand where people are coming from talking about this. When we look at the border wall specifically, that's something that we need to prevent future immigration. This is an issue that we have to deal with referring to these people that have been here. A lot of these are kids. Like President Trump said, they didn't make that decision to come here. They were brought over illegally as babies, as young children by their parents. They don't know anything else. Some of them don't even speak any other languages but English. And so I think you do have to have a big heart when dealing with this, but at the same time we need to continue to be strong in preventing illegal immigration, preventing criminals from coming in this country on our southern border.

BAIER: Tom, how much does Harvey change the political dynamic, perhaps even on this issue?

BEVAN: On this issue? Maybe a little bit because of the stories, we heard the questions that were being asked. But look, not to contradict Byron here, but I think this is something that Congress could do. You've got Paul Ryan, he seems willing to do it. Every single Democrat in the House is going to vote for it. They could pass something like this through the House, I think, pretty quickly given where the sentiment is, and then probably the same thing through the Senate. So I think this is actually something that could get done, even though, to Byron's point, all the Republicans are on record saying that this was an abuse of presidential, they didn't agree with it in the first place.