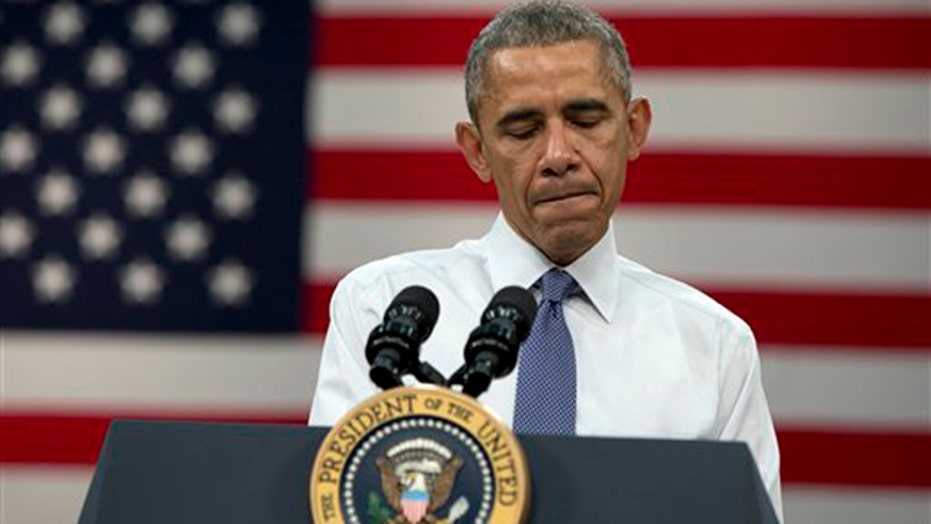 Potential hike worth the hit to the economy?

Charles Payne: These actions have economic ramifications. We know that. That's one of the reasons Congress won't let them go through even this Congress. They have a psychological ramification. That's why we are experiencing this malaise in this country. We are talking about the president leveling taxes willy-nilly the way he wants to level them on who he wants to level them on. Look at our economy. Look at what's happening. Look at wages. We are stuck in the mud.

Gerri Willis: Listen to this from the Constitution, of all sources. All bills for raising revenue shall originate in the House of Representatives where they have the purse, they are supposed to make these laws. The president when he was teaching constitutional law didn't include this as part of what he was talking about?

Ben Stein: Well, Mr. Obama doesn't have much regard for the Constitution anyway. He assumes he is totally in charge of foreign policy and can tell the Congress what to do about foreign policy. He merely executes it. He assumes he has power to raise taxes. There is some administrative leeway in the tax code whereby he can move the tax needle back and forth. I think in today's world where tax is such a sensitive subject, extreme contempt for the Constitution, I'm very worried about Mr. Obama. I don't believe he ever took constitutional law.

Charlie Gasparino: Loopholes are a horrible thing. All these tax loopholes for these corporations; this is not a good thing for the economy. Here is why I disagree. I believe loopholes should be closed with comprehensive tax reform.

Julie Roginksy: The shoe may be in another foot and we may be screaming about this. I will say though, closing loopholes is different from raising taxes. If that's way is doing -- you want to sit around wait for comprehensive tax reform or anything else, we'll be waiting a long time. We'll be long dead before we get anything comprehensive.

Gerri Willis: They are already processing some 7 million of these folks every single year. Their ability to look in-depth, in close at these people is really limited. They are going to be inundated with people who want to come into this country. It will be difficult to tell the good guys from the bad. In Europe they had huge problems with people coming into those countries. I think we'll have the same issue.

Charlie Gasparino: I'm going to agree with you on this. 9/11 was caused by two people that got through our wonderful tight security apparatus in the immigration service. This is a real problem.

Julie Roginsky: You know what I love? I love the same people screaming and ranting about people getting in, but you don't want to fund DHS.

Charlie Gasparino : And we should point out that the reason why the left wing bloggers at the Huffington Post care about this is when something gets into the popular culture like entitlements need to be cut they worry about it because then the average guy starts thinking maybe entitlements needs to be cut.

Julie Roginsky: People are insane. These are the golf balls that Charlie was talking about, I'm happy to not be one of them. This is crazy. This is also a president who threw people under -- literally under a train I just gave away a key plot in season two.

Gerri Willis: Crazy people, but I am also miffed because I was going to watch it this weekend, too, and now I know absolutely everything.

Ben Stein: Sir, with the greatest possible respect I have seven cats and three dogs, takes me all my time to take care of those animals and I do not have time to watch any news shows -- rather any shows except fox news and cops and lock up.

Charles Payne: It does underscore the point of the power of Hollywood to present a message of the left that never stops, it's extreme power.