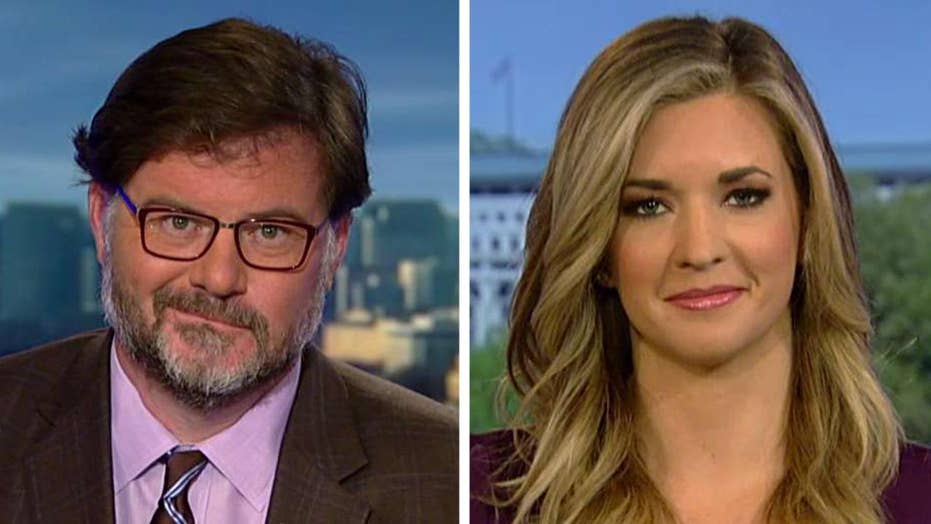 President Trump demands an investigation into reports the FBI had a spy in his campaign; reaction and analysis from the 'Special Report' All-Stars.

This is a rush transcript from "Special Report with Bret Baier," May 21, 2018. This copy may not be in its final form and may be updated.

REP. DEVIN NUNES, HOUSE INTELLIGENCE COMMITTEE CHAIRMAN: If they ran a spy ring or an informant ring and they were paying people within the Trump campaign, if any of that is true, that is an absolute redline.

REP. ADAM SCHIFF, RANKING MEMBER, HOUSE INTELLIGENCE COMMITTEE: This claim by the president, suggestion by Giuliani that there is a political spy embedded in the Trump campaign is nonsense.

VICE PRESIDENT MIKE PENCE: The president I think is grateful that the Department of Justice is going to have the inspector general look into it and determine and ensure that there was no surveillance done for political purposes against our campaign.

BRET BAIER, ANCHOR: This is the talk. What is the deal with this investigation? The president saying these reports of a spy, an informant inside his campaign, he wants to get to the bottom of it. Today meeting with the FBI director, the deputy attorney general, and deputy director of national intelligence, Dan Coats. We don't know exactly what was in the meaning but we were told that he was talking about this. The DOJ put out a statement saying +ACI- The Department has asked the inspector general to expand the ongoing review of the FISA application process to include determining whether there was impropriety or political motivation in how the FBI conducted its counterintelligence investigation in persons suspected of involvement with the Russian agents who interfered in the 2016 presidential election. As always the inspector general will consult the appropriate U.S. attorney if there's any evidence of potential criminal conduct.

Rosenstein saying with his own statement, saying +ACI-If anyone did infiltrate our surveil participants in the presidential campaign for inappropriate purposes, we need to know about it and take appropriate action.

So with that, let's bring in our panel from Washington, Jonah Goldberg, senior editor at national review, A.B. Stoddard, associate editor at Real Clear Politics, and Katie Pavlich, news editor at Townhall.com.

Jonah, this seemed to pick up steam and obviously was fueled by the president's tweet about all of this ongoing. The fact that the inspector general is now taking this, what do you think that tells us?

JONAH GOLDBERG, NATIONAL REVIEW: I think it tells us there's credible reason to take a harder look at what was going on in 2016 in terms of the investigation of the Trump campaign. At the same time, I think the talk about this guy as far as what we know about a spy embedded with the campaign is hyperbole. Having three conversations with people about their contacts with Russia than we know about is not an embedded spy. Maybe it's an informant but it's not quite what people are making it out to be.

I think the keyword or the key phrase in Rosenstein statement was +ACI-for any inappropriate purpose. I think there is ample reason that they maybe should've looked into Russian collusion or suspicion of it. But if there was other reasons why they were doing it, if they were trying to undo or hurt President Trump or if there is reason to believe there was political motivation, that would be very bad and it's worth looking into.

BAIER: Katie, your thoughts on all this as it's developing?

KATIE PAVLICH, TOWNHALL.COM: It's a good thing the Justice Department is willing to look at this further. But bumping it over to the inspector general is prudent given that the people involved in potential misuse or abuse of power during the 2016 election are still working inside the Justice Department or at the FBI. The inspector general doesn't have jurisdiction to interview political employees who worked in the Obama administration who may now be gone.

And I would get back to all the noise surrounding the issue comes down to what launched the special coastal of the first place, whether there were legal instances of authority being abused in the 2016 campaign for political purposes. And the question is, you look at when the investigation happened, after the Hillary Clinton campaign investigation wrapped up, then the Trump campaign was allegedly getting -- and informant was giving information to the FBI. If it was really just about Russian surveillance and interference in the election, then why did the investigation started earlier in 2015 when the Obama administration knew about Russia's plans to meddle in our elections.

BAIER: Here is Devin Nunes, A.B., talking about trying to get the documentation.

NUNES: All we are asking for is give us the documentation that you used to start this investigation. We are trying to get to the bottom of what else was used in that FISA because you have many people in the Department of Justice who are claiming that we are wrong. So if we are wrong, show us the information.

BAIER: We are told a judge has received that but Capitol Hill has not.

A.B. STODDARD, REAL CLEAR POLITICS: Bret, this is a big battle about separation of powers and what congressional investigators can do in their oversight roles to force documents from the Department of Justice and which documents, after Rod Rosenstein has given many, many, many documents, he is resisting providing these Republican members of the house on the Intel committee. Basically this is a struggle to define what is within the purview of oversights and what is overreach.

I have spoken to people who have their concerns about how the FBI might've conducted the Hillary Clinton investigation but still say you can't share raw intelligence from an investigation that could be provided to the witnesses.

So today you had DNI, you had FBI, everyone huddling with President Trump, and Rudy Giuliani who is on a P.R. campaign demanding that he can't sit for an interview with the special counsel unless we know about other witnesses that were revealed in a New York Times story this weekend who have met with Don Jr. You can't demand that you be given information on a witness in exchange for talking to the special counsel. He says the meeting today in which the demands for these documents are being made and reiterated by the president, he was doing that in his capacity not as a subject of the Mueller investigation but as president of the United States to make sure that Congress is getting what they need from the executive branch. So they are doing a really, really good job of muddying and this P.R. campaign of what is and isn't allowed and what is and isn't appropriate. And that's a huge battle that's drawing out on both sides, but the president and Rudy Giuliani and Devin Nunes are trying to make it appear that congressional oversight, members of Congress have the right to every single document. And the truth is that they don't.

BAIER: OK. We will continue to follow, obviously, all sides, both sides of the investigation.