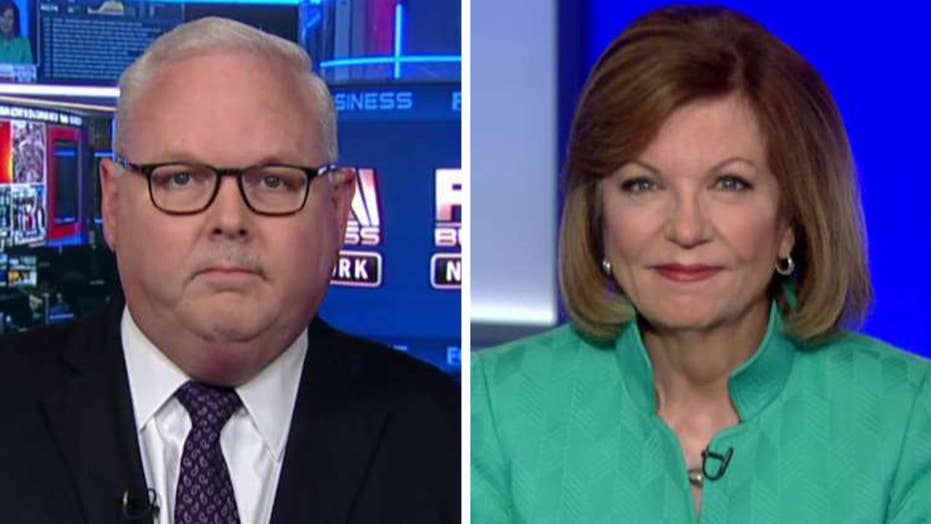 This is a rush transcript from "Special Report," June 13, 2019. This copy may not be in its final form and may be updated.

POMPEO: The assessment of the United States government that the Islamic Republic of Iran is responsible for the attacks that occurred in the Gulf of Oman today. Iran is lashing out because the regime wants our successful, maximum pressure campaign lifted should meet diplomacy with diplomacy not with terror, bloodshed, and extortion.

KHAMENEI (through translator): Americans say they are ready for honest negotiation. We, in no way, believe such statements.

BRET BAIER, HOST: The Secretary of State Mike Pompeo talking about two attacks on two oil tankers in the Gulf of Oman today directly linking those attacks to Iran. That follows two other similar attacks in that region in recent days, plus a missile that was fired from Yemen to a Saudi Arabia airport also linked tangentially to Iran through the Houthi rebels in Yemen. All this raising the tensions in the Middle East and specifically that region.

We will start there with our panel shortened tonight because of the town hall in just minutes. Let's bring them in.

Bill -- let's start with you. Obviously it's a different thing when the Secretary of State comes out and says Iran is responsible.

BILL MCGURN, "WALL STREET JOURNAL": Right. Look the President has made clear he's willing to negotiate but part of the negotiations are being honest. And in the past, we have covered up what Iran has done. And I think the Secretary is right. They are feeling the squeeze and they should be called out.

I also think that there probably needs to be a response to this.

SUSAN PAGE, "U.S.A. TODAY": Well, you know, we've had the President in the recent past talk about his desire to get back to the negotiating table with Iran. But we certainly seem to be getting farther away from that point, not closer to it.

And of course, the great concern is that this could lead to a direct military confrontation by either calculation or by miscalculation in this region -- Bret.

BAIER: at the same time, Bill -- efforts on Capitol Hill to claw back military sales to Saudi Arabia and the U.A.E.

MCGURN: Right. Look I think we have began to be clear about negotiations. Negotiations have a purpose. What we want is for Iran to stop its mischief in the Middle East, right. And we don't get there by not being honest about what it's doing.

I also think that sometimes people, you know, always say a tough reaction makes negotiations less possible. Remember in Vietnam we bombed Hanoi. That's when they came to the table.

Sometimes you have to be serious with the people and I think the Secretary is making a calculation we need to be honest. We need to call them out. There is no use having negotiations if they're not going to be honest and we're going to look the other way at their bad actions.

BAIER: Meantime, Susan -- a lot of attention today about the sound bite from ABC interview with President Trump last night.

TRUMP: This is somebody that said we have information on your opponent. Oh, let me call the FBI. Give me a break. Life doesn't work that way.

TRUMP: The FBI director is wrong. I think maybe you do both. I think you might want to listen. I don't -- there's nothing wrong with listening.

If somebody calls from a country Norway, we have information on your opponent. Oh, I think I would want to hear it.

PAGE: Well, how it's phrased - -and ultimately the idea that the President would welcome basically opposition research on his Democratic opponents from foreign governments. I mean Norway is not really our biggest threat. It might be someplace like Russia more likely to raise concerns of other Americans about whether we want foreign governments, foreign entities to have any role in our Presidential election. So I think there was a lot of surprise about that.

And also about his -- the President's assertion that this is something pretty common. That this is the way the world works. And we know from talking to legislators and former presidential candidates today that they say this is in fact not something they have ever encountered in their campaigns.

MCGURN: Yes. look-- I would say he shouldn't have said it, right. But I would like to hear one person ask Mrs. Clinton directly, should your campaign have hire a British spy to use foreign information from sources to discredit her candidate and get an FBI investigation?

It would be a lot more credible, this outrage against Donald Trump and what he said about a theory what he might do if they had criticized that or once had tried to ask Mrs. Clinton whether that was a good thing.

BAIER: Bill, Susan -- as always, thank you. And thank you for inviting us into your home tonight. That is it for this “Special Report.” Fair, balanced and unafraid.