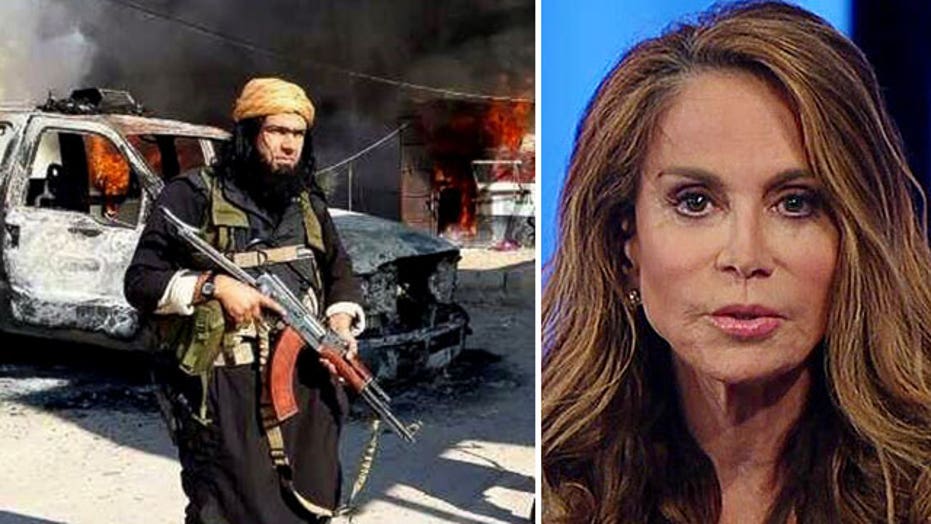 Pamela Geller is not standing down to radical Islam

This is a rush transcript from "Hannity," May 26, 2015. This copy may not be in its final form and may be updated.

SEAN HANNITY, HOST: So three weeks after her Draw Muhammad event in Garland, Texas, was attacked by radical islamists, Pam Geller, well, she's back on taking free speech. This time Geller is trying to gets posters showing the winning cartoon of the Prophet Muhammad from her Texas event displayed on the side of city buses in Washington, D.C.

PAM GELLER, AUTHOR, COLUMNIST: I don't know. Not according to the media.

HANNITY: Is there any law prohibiting any political speech on buses in D.C.?

GELLER: No, there is not. The fact is the political, cultural, and academic elites are censoring this cartoon. And we're running this cartoon, the winning cartoon in a Muhammad art exhibit by a former Muslim, Bosch Fawstin, to show the American people what is being kept from them, what is being censored by the media. No one elected the media or the academia our proxy to relinquish our freedom of speech.

HANNITY: Juan, why would you be against it?

JUAN WILLIAMS, SENIOR EDITOR, THE HILL: Nobody is saying that you can't see this ad or cartoon or anything if you want to see it, Sean. I think Miss Geller is doing it intentionally to provoke a controversy. I think that's what happened down in Texas.

HANNITY: To provoke a controversy or make a point that you're allowed to speak out about freedom and religion that she believes --

WILLIAMS: Sean, you said at the introduction to this segment, there's no ban on it by the authorities here in Washington, D.C., or New York where Miss Geller has done it before --

HANNITY: No, no, she did have a ban. She had to fight in court.

WILLIAMS: She fought in court and won.

And frankly, talk about offensive. You say you wouldn't get on an airplane with Muslims wearing Islamic garb. That's offensive to me. I would never say such a thing. And for you to try to recover on my back is reprehensible.

HANNITY: Juan, did you say that?

WILLIAMS: I said I -- I did not say that, when I see -- this is what got me fired from NPR, Sean, if you recall. I said when I see people dressed in Muslim garb when I'm getting on a plane it causes me a degree of fright, concern. And that was taken as offensive. And Miss Geller, this has nothing to do with that. I'm a huge free speech advocate. But what I see you doing, I think is trying to provoke unnecessarily controversy at a time offending and demeaning Muslims who regard your actions as not only provocative but offensive.

GELLER: Muslims that support free speech will not be offended.  Muslims that want to impose a Sharia will be offended. And, frankly, your offensive remarks are far more humiliating to Muslims than my running ads about a cartoon that the media refuses to run. That's why I'm running this ad. It's not to be provocative. I did not make the cartoons a flashpoint. The jihadis made the cartoons a flash point. And if we give up on this point, what is next?