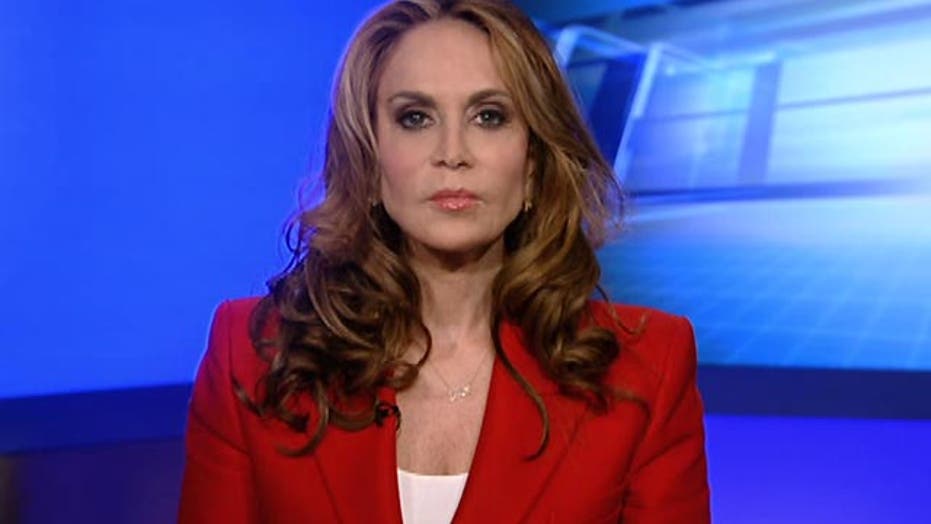 Pam Geller on being Boston terror target: It's scary, but scarier to do nothing

Anti-radical Islam activist responds to being target in an alleged beheading plot, saying this proves ISIS is at war with us and here in the US

This is a rush transcript from "On the Record," June 4, 2015. This copy may not be in its final form and may be updated.

GRETA VAN SUSTEREN, FOX NEWS HOST: Now, the stunning terror plot sending shock waves across the country and one of the specific targets who they wanted to behead. The woman who organized the controversial "Draw Muhammad" event, anti-radical Islam blogger Pam Geller, she joins us.

Nice to see you, Pam.

PAMELA GELLER, ANTI-RADICAL ISLAM ACTIVIST: Thanks for having me, Greta.

VAN SUSTEREN: Pam, were you ever warned by law enforcement that someone in Boston was seeking to behead you?

GELLER: I was not given this specific threat. But I was warned of impending threats.

VAN SUSTEREN: All right. But nothing coming out of Boston?

VAN SUSTEREN: And after you got that information, did you follow up with the authorities?

Has anybody talked to you since then?

GELLER: Well, at their request, I had a meeting with multiple agencies but I'm not at liberty to discuss what we said at that meeting.

VAN SUSTEREN: Are you afraid that you are the target for what is the signature crime by ISIS and other radical or extremist groups, beheading?

Are you worried about that?

GELLER: Well, the idea that my work in defense of freedom would warrant cutting off my head is deeply disturbing. And, of course, it's scary. But, to me, it's scarier to do nothing.

VAN SUSTEREN: All right. Do you have another cartoon drawing contest of Muhammad scheduled?

Because obviously that was one that certainly drew a lot of attention.

GELLER: Well, it was the first annual and I intend it to be annual. And again, remember, it was in response to a pro-Sharia event in the wake of the "Charlie Hebdo" slaughter.

Muslim groups just a couple of days after that gruesome massacre held a conference called "Stand with the Prophet" in support of sharia restrictions. So we held a conference in that exact same spot in defense of freedom, standing with the victims of the "Charlie Hebdo" slaughter. That's why we were in Garland, Texas.

VAN SUSTEREN: Actually, I would suspect that you must get a lot of threats. Is that true or not true?

VAN SUSTEREN: And when you talk about blasphemy laws are you speaking just directly to a cartoon or something of Muhammad or are you taking it beyond that?

And the idea that we would abridge our freedoms so not to offend savages goes against every fiber of my being, so of course I'm going to continue. My resolve is even strengthened in light of the past few weeks.

VAN SUSTEREN: What should we do? Tell me your sort of your solution to all of this because, obviously, look, the idea of beheading people is so abhorrent -- besides the fact that it's murder. It's absolutely abhorrent and now it's being done -- it's almost their brand of -- it's their signature.

Even today in that press conference, the imam that spoke, he was fired from a university because he told his students to pick up the -- Muslims, pick up your swords and do your job.

The idea that you are blaming the cops, this jihadist was lunging at the cops with a machete-type beheading weapon. They defended themselves.

And that's reckless? What's reckless is the focus on me. What's reckless is to focus on anyone who criticizes or questions Islam. We should be looking at the mosques. The Islamic society of Boston is a terror-tied mosque. Anwar al-Awlaki partnered with the imam there. We know one of the jihadists was a security guard there.

We know that a friend of Ibrahim Simpson, the jihadist that tried to slaughter hundreds of people, said he would never waver from the teachings of the mosque. He slept at that mosque. He did a promotional fundraising video for that mosque. Why aren't we talking about the jihadic ideology behind this mosque behind this slaughter?

VAN SUSTEREN: Pamela, thank you very much for joining us.

GELLER: Thank you for having me, Greta.