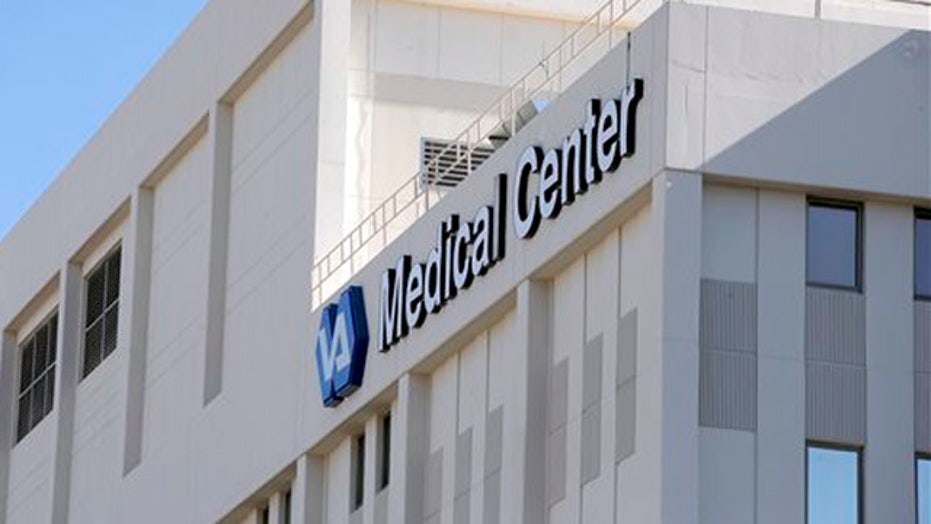 Shinseki to testify on reports of deadly hospital problems

This is a rush transcript from "The Kelly File," May 14, 2014. This copy may not be in its final form and may be updated.

MARTHA MACCALLUM, GUEST HOST: We're getting our own first look at the reaction from fed up vets and the angry families that are speaking out in a town hall meeting in Phoenix, Arizona. That's where we heard most of the disturbing reports of this VA misconduct. But it's become more wide spread. Watch this.

UNIDENTIFIED MALE: If you're here and you've waited longer than 30 days or 60 days for care or to be seen, raise your hand.

UNIDENTIFIED MALE: These are all people, we're not numbers, we are proud Americans. We served our country. And all we're asking is that you do what we did for you.

UNIDENTIFIED MALE: I want to know are you really going to do something, is something going to get done? Or are we gonna have another committee where this is going to go on forever? I wanna know if the people are going to actually stand up and say we have to start taking care of our veterans.

UNIDENTIFIED FEMALE: But the thing of it is, it took months for them to see him. It took months. They wouldn't call us back. Finally, when they did, the appointments were set out two months in advance. It took two months to see his prostate, his cancer doctor, when they found out he did have cancer.

UNIDENTIFIED FEMALE: Every time my husband reached out to the VA they just kept telling him, be patient, sir. I'm here to tell you that my dead veteran husband cannot be much more patient than he is today. But me, I'm pissed.

MACCALLUM: Can you blame her? Tom Tarantino is chief policy officer of Iraq and Afghanistan Veterans of America. He's an Iraq war vet and he will testify tomorrow at the Shinseki hearing. Welcome. Good to have you with us tonight, Tom.

TOM TARANTINO, IRAQ AND AFGHANISTAN VETERANS OF AMERICA: Thanks for having me, Martha.

MACCALLUM: What do you want to hear from Eric Shinseki who has over seen this program? And as we've heard representatives had been expressing outrage over this for over a year and has been delay after delay in response from General Shinseki?

TARANTINO: We need to see him out in front. We need to see a promise of accountability. Our members are outraged just like you saw in that segment, veterans across the country are losing faith in the system that is supposed to be there to help them. And what we need to see from the secretary is not just clear cut accountability, but we also need to see him out in front telling veterans who are out there who need care to go seek it. Because what's happening is that there are veterans out there who will not go to the VA because they see things like this and it makes them lose faith in the system, and that's the worst-case scenario. We need the Secretary of Veterans Affairs to be the veteran in chief of America and be the public face and hold the people who are screwing with our medical system accountable.

MACCALLUM: Yeah. And I think by most accounts he's not been out in front of it. And I think a lot of the questions tomorrow are gonna be very specific in terms of when you were notified about this. What did you do when you heard about Phoenix what did you do? Because it feels like it's taken news reports and whistle-blowers to force this situation to the forefront, right?

TARANTINO: Absolutely. This has been a huge problem with the VA for years. They are the only federal agency that is public facing. They run a health care system of almost nine million people and yet, the Secretary of Veterans Affairs is virtually invisible. When it comes time to reassure for lack of a better term, customers, he's nowhere to be seen. And so, we need the secretary out in front, we need the VA out in front making sure that the system lives up to the promise that was made to these men and women when they raised their hand to serve in the military.

MACCALLUM: You know, I was very interested in the response that Jay Carney gave to Ed Henry because we talked about additional funding, you know. And he said we put more money into this and yet, people who are in positions like yours, who are very concerned about veterans and fighting for their rights and for their care say it's not about money. The money is there. It's about efficiency, it's about what's going on out there on the ground.

TARANTINO: Well the money is only part of it, and it is true that this president has given more than adequate funding, extremely good funding to the VA. But it's about accountability. There are people running hospitals that have problems with wait times but instead of fixing problems, they're out there fixing the books so that they won't be held accountable. There is a culture, there is a lack of accountability within the VA. And the VA needs to shift its internal culture and its external face so that people that who are not living up to the promise that we made to veterans are held accountable and they never work at the VA ever again.

MCCALLUM: I mean, what is your impression when you hear that this is popping up in state after state. In fact, Illinois, you've got Cheyenne Wyoming, you have Phoenix Arizona. Was there a concerted effort, were they, you know, sending messages to each other, here's how you do it? You know, here's how we're doing it. This is how you make your list look better.

TARANTINO: I don't really know the details. But this is gonna come out because brave men and women who work in these hospitals who actually care for veterans who care about their service at the VA are stepping forward. This is really important, you know. I AVA is going to be announcing with the project on government oversight away for these brave men and women tomorrow morning to come forward. Because this is the only way apparently, we can get accountability in the system is if the people who care about their service to this country actually come forward and do the right thing.

MACCALLUM: One thing I can say is, since this story has been reported here and elsewhere, now we will see General Shinseki which we might not had happen if weren't for people like you and the story getting reported. So, we'll look for you there tomorrow morning. Tom, thank you so much for being on tonight.