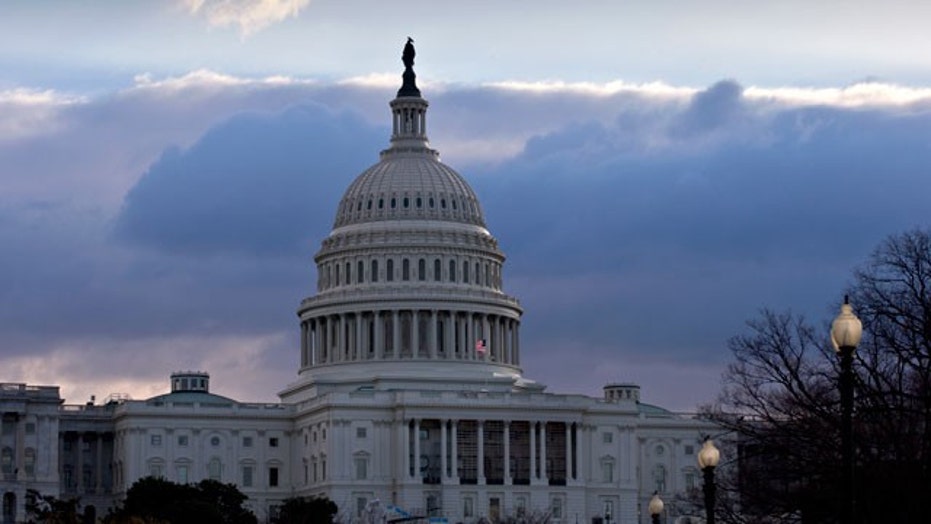 Beginning of the end of liberalism in America?

MICHELLE FIELDS: A lot of people thought President Obama would be liberalism's savior, but instead what Pres Obama is doing is digging liberalism's grave. The key component of the liberal philosophy is that they believe that the government is better equipped than the private industry at handling important parts of our lives. This ObamaCare rollout undermines that notion. If you look at everything that liberalism has produced like Detroit and 46 million people on food stamps, it's a mess. People realize they don't want this. They don't want a government that creates a website worse than the post office.

KIMBERLY GUILFOYLE: Isn't he the Commander in Chief? He would have been shown

the door if this was a private company. This was a complete disaster. Look at his approval numbers, the American people don't trust him and don't like his healthcare scam. This shows that liberalism and big government are not good for this country.

JUAN WILLIAMS: This is too much celebration on the right. The right thinks ‘game over, we won'. The President said it himself, he fumbled, he made a huge mistake. This one is on him not on the republicans.

JONATHAN HOENING: ObamaCare is being forced on the public, and that is wrong. Same goes for Social Security, Medicare and Medicaid. It's forced against the doctors and the patients and it is forced against every American. That is why it's unraveling before our eyes.

JONATHAN HOENING: Do you need a government appointed navigator to help you choose what cell phone to buy or what computer to buy or house to buy or restaurant to go to? No. In a free country we make these decisions on our own. Pres. Obama doesn't believe that people can make their own decisions. We have these government appointed navigators, which are really just political thugs. This would never happen in a free economy.

KIMBERLY GUILFOYLE: Are you shocked by this? They haven't denied that they allow people with felony convictions. If you go into a court of law and take the witness stand that is a crime of moral turpitude. The jury is instructed that they shouldn't believe that person because they are a thief, a liar, or have a felony conviction. And that is the person that is advising people on healthcare. It is a scam! And they are collecting personal data about Americans so they can use it for future elections.

MICHELLE FIELDS: The House Oversight Committee has been warning about this for months. There is no proper procedure vetting these navigators. Convicted felons could potentially become navigators and they are going to have your personal information. The other problem is that ObamaCare is so complex no one understands it. Scammers are taking advantage and exploiting the fact that Americans also don't know much about it. So they are creating websites that look just like the ObamaCare website. They are pretending to be navigators and the federal government and using that information for identity theft.

JUAN WILLIAMS: There is no evidence of any fraud so far. That's where you get in trouble and that's where people start to doubt credibility.

'GOT INSURANCE?' ADS USING SEX AND ALCOHOL TO SELL OBAMACARE

KIMBERLY GUILFOYLE: This is a sign of desperation to sell ObamaCare. I don't think they are nice at all. Who knows where the money is coming from these private group ads being put out in a desperate attempt. They know it's not going well. I don't find them to be effective and some them I find offensive.

MICHELLE FIELDS: I think it's completely offensive. It shows what the democrats think about the young American women. If you want young American women to sign up for ObamaCare, how about stop treating us like promiscuous idiots and offer us a plan that doesn't force people to subsidize the cost and foot the bill for this entire awful law. That is what they should be doing.

JUAN WILLIAMS: The fact is this is an outreach to young people to get them interested in healthcare. This was planned long before; this is not evidence of any failure of any program. It's a program that should work once the website is fixed.

JONATHAN HOENING: These ads are really insulting on every level. It shows not only what the left thinks of young people, but people in general, that they are idiots and reckless fools who can't think long-term. Thank god we have government's helping hand to make all the decisions for us. This is selling the wrong message, it's selling dependency on government, it's selling the idea that government control of an industry is ok, and it's also selling the idea that the government lets you evade the reality of promiscuity.