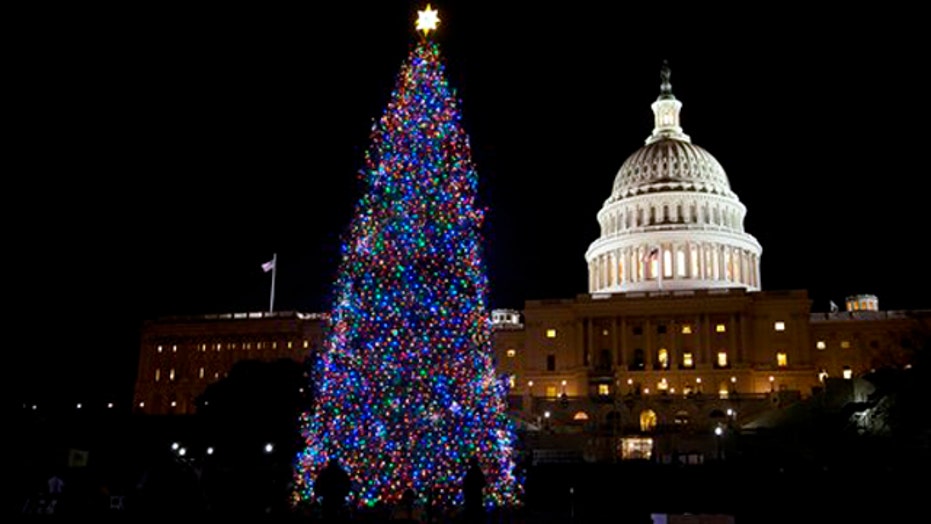 No more heroes in Washington?

TAXPAYERS LONGING FOR 'HEROES' IN BATTLE OVER DEBT MESS

CHARLES PAYNE: We have certainly come a long way and it's interesting because we do look at those men as heroes. No one in Washington deserves any form of hero worship unless you're talking about the small business owners who gutted it out and stayed while things were down or the ladies and men who get on the subway at 4 or 5 o'clock in the morning to clean up those offices so the lobbyists and the legislators have a clean place to waste our taxpayer money. Hero worship on anyone down at DC is misguided.

DAGEN MCDOWELL: The irony in today's Washington is if somebody came up with a crazy idea like trying to go to the moon it would be as if we'd never been there before. People would laugh it off and it wouldn't go anywhere because people don't dream big and they don't dream at all. Instead, they're worried about their selves-not for the sake of country but only for the sake of getting reelected whether it's two years or six years out. It's really shameful.

CHARLIE GASPARINO: I spend some time with great Americans every now and then. People from Afghanistan and Iraq and you're just blown away by these kids who are looking for jobs. You're just blown away about the sacrifice. I would say Washington isn't totally devoid of people that we can respect. There's a guy who came from a broken family, went to good schools, and became president. I don't like Obama's policies and I don't like his direction but, he's a guy who came from nothing and now he's president. By the way, this is a guy who is committed to that agenda. He believes in it.

ADAM LASHINSKY: You might even consider, instead Charlie, saying that you dislike his policies rather than hating his policies. Because what's the point? Neil, without doing any additional finger pointing we ought to at least stop and acknowledge the fact that what you're doing with this special and interviewing these American heroes is also praising public servants. Praising people whose jobs and careers is to serve us and to work for us. These people are public servants and they are working for the United States government so we should celebrate that.

BEN STEIN: Well, it's a heart breaking situation. By the way, to go back to real life for a second, I go to the Army medical center quite often to see amazing heroes with their limbs blown off but still trying to make a life for themselves and their families. There are plenty of heroes left in America such as the police and teachers in America. You're right, they're not in Washington. We have allowed our government to create debt that brings us down instead of daring to do great things. We've turned over to the Russians and Chinese and we've surrendered our enormous lead in the space program. It's heartbreaking that this whole enormous adventure of outer space has now passed from the United States to other countries. It's just heartache.

BEN STEIN: I think it's always tough for unions to admit that they've lost a lot of their lore. I am a union man and I know Charlie is very fond of unions. We love unions but we want people to have the right to choose whether or not they belong to the union. If you join a union and have the union exert a lot of control over your work life-I don't think that's real freedom, but if you want to join a union-by all means. But to make it mandatory-that's a bit harsh.

CHARLES PAYNE: Ben makes a great point. Obviously unions feel like their back is against the wall. It has been for a few number or years particularly in the private sector. What Michigan is essentially, or is on the verge of saying is this is the only way we can be competitive. Listen, everyone talks about the great comeback in Detroit and the auto sector-but that's a mirage. Michigan and Detroit is in trouble and this is how they compete on a national scale and ultimately, a global scale.

DAGEN MCDOWELL: Very significant that this is happening. By the way, this is just the right to not have to pay union dues if you don't want to belong to a union first and foremost. Very significant that it's happening in the birthplace of the UAW. It could spread across the Midwest if this really gains momentum. If you look back at the last decade, right-to-work states have a faster economic growth, faster payroll growth, and faster population growth. It works for those states, so why not Michigan?

ADAM LASHINSKY: Nevada is a right-to-work state. They have extremely high unemployment for reasons that have nothing to do with this because of the housing. It may or may not help. Look, this is a public policy issue. Do you want to support that unions will exist or not?

CHARLIE GASPARINO: I don't think this is going to spread across the country. I think Michigan has a specific example which is-that fact that they are doing very badly. I will say this, the big problems that unions have is, well, when my dad was in the union he did a trade where you could really get hurt and die if you don't have certain protections. I mean, he was a construction worker. He went up many stories, fell a bunch of times and got hurt. What we're talking about is unionizing people at Walmart. That's where we've gone to.

CHARLES PAYNE: You know, pretty soon we're going to get fined for driving while driving. This is absolutely ridiculous. This must be one of those speed trapped towns that ran out of other ways to get money. It's silly.

DAGEN MCDOWELL: I don't have a problem with this actually. You end up not having potato chips in your lap and you don't end up with a sticky steering wheel. I say thumbs up.

CHARLIE GASPARINO: Listen, if you take your eye off the road for a significant amount of time you should be pulled over. Who cares why you're doing it.

ADAM LASHINSKY: We can joke about this but getting distracted while driving is a serious problem. It kills people.

CHARLES PAYNE: You know the space program is monumental for America and I think liquefied natural gas is going to be huge for our country. We'll be able to exploit it. Cheniere Energy is the company I think will do extraordinarily well because of it.

ADAM LASHINSKY: Well, they haven't really been making money. I agree with you about natural gas in general. I would rather have companies who are making money right now.

ADAM LASHINSKY: I just think boring is better in these types of investments. Walgreen's is very boring. When you get a chance to buy a company with a 3 percent dividend-it's a good idea.

BEN STEIN: Well, it's a super competitive field. I agree it's a great company, but very competitive.

BEN STEIN: I am awed by the management team at this company. They are just a steamroller of innovation, competitiveness and streamlining with incredibly good design. They can compete with Korea and Japan. They are an amazing company.