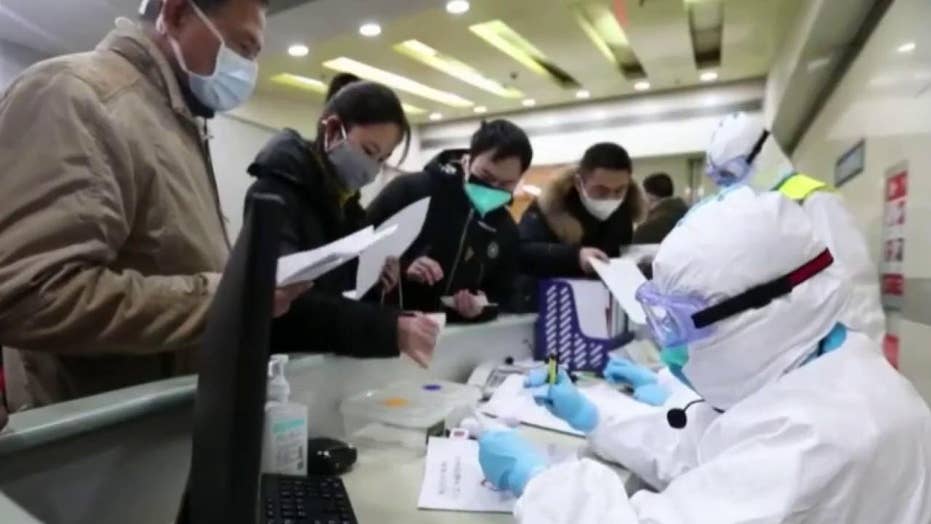 This is a rush transcript from "Special Report with Bret Baier," January 27, 2020. This copy may not be in its final form and may be updated.

BRET BAIER, ANCHOR: Let's get some insight on the coronavirus story now. Dr. Anthony Fauci is the director of the National Institute of Allergy and Infectious Diseases. He comes to us tonight from Bethesda, Maryland. Dr. Fauci, thanks for being here.

BAIER: You know, what can you tell us about the latest of this virus? There are -- we've seen five confirmed cases in the U.S. and four states, Arizona, California, Illinois, and Washington. But there's a number of people around the country under investigation, I guess.

FAUCI: So, what's happened is that it is not unexpected with the volume of travel that we have from China every day, including from the Wuhan district that you would see travel-related cases.

The good news about that is that our responsive effort by the CDC and other agencies has really worked because the individuals have been identified, they've been isolated. And now as you mentioned correctly, their contacts are being traced to make sure that there has not been any secondary transmission from the index cases to them.

BAIER: What does the average American need to know? Is there a worry about travel getting on a plane around the U.S.? There's a lot of fear out there about this thing. What do they need to know?

FAUCI: Yes, understandably they need -- there is a concern. But I think the American people -- I know the American people should really take the following attitude. The risk right now in the United States is really low. It's an evolving problem. And it's evolving very crucially and critically, in China.

Right now, people who want to fly anywhere in the United States, they shouldn't worry at all. There are now some travel warnings about going to Wuhan specifically, and to China in general, about making sure that you only have essential travel to do that.

But while on the one hand, I'm saying don't worry, and don't be afraid, on the other hand, we, the health officials are taking this very seriously because this potentially can turn into an outbreak that gets beyond China and out of control. I hope it doesn't.

The Chinese, as you know, from the media are doing some rather dramatic things. I mean, shutting down cities with a total of 35 million people, restricting travel is something we'd never be able to do here in the United States. But they're doing it. I hope it helps. I'm not sure it will, but I hope it does.

BAIER: So, it presents a lot like the flu but more extreme?

FAUCI: Well, it's a respiratory borne illness, number one. It right now, does not spread as easily and readily as influenza. I mean, influenza, is you know, when you get a big outbreak of influenza, you get millions of people infected.

It could evolve to be as transmissible as a standard pandemic, or even a seasonal. But we need to just make sure we keep an eye on it. The important thing, Bret, is that when you're at this early stage, there's a lot we don't know.

We don't know exactly. What the -- what we call, R0, which means the transmissibility index. So, is one person infecting one, two, three, or four? If you get up that high, it's really bad.

Right now, we think it's about one person is infecting in China now, maybe 1.5 to up to three. That's worrisome enough to generate an outbreak. We'd like to get it less than one.

Is this as bad as the pandemic flus that we've had historically? Obviously not. Could it possibly get there? Absolutely. You can't rule that out. And that's the reason why we're taking it very seriously.

BAIER: So, the main issue is obviously traveled to China and as China is dealing with it there, is there anything else that we as Americans can do to prevent this from spreading here?

FAUCI: Well, there is one thing that's going on is entry screening of planes that are carrying people from that region. Where you go and you take their temperature, you question them if they came from an area that they have contact with an individual. But the other is just good public health practices.

As they mentioned, the CDC and the state and local health authorities have responded adequately and appropriately to the five people who did come here on travel from Wuhan.

So we just need to pay attention to the issues that come out from the CDC. They're being very good about getting the local health authorities to be at least alert for the possibility that someone might come into a clinic with a respiratory infection, you ask them, did they travel to China --

FAUCI: Good to be with you, Bret.