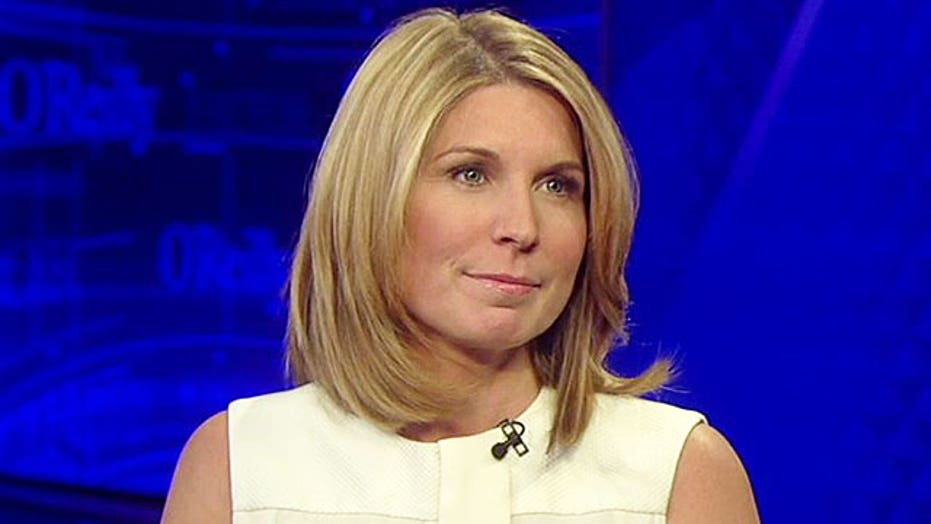 O'REILLY: "Personal Story Segment" tonight. A new book called "Madam President" Nicolle Wallace about the first woman elected to lead America -- it's a novel. As you may remember, Nicolle was a top adviser to Sarah Palin and worked for President Bush the Younger as well. Now, Miss Wallace is on "The View". I spoke with her a few days ago.

O'REILLY: Do you want to have a woman president? I mean is Hillary Clinton's gender appealing to you?

WALLACE: I want to get to the point where we are choosing between women on both sides in both primaries.

O'REILLY: Women are shut out.

WALLACE: Not shut out. How many people are running for president on our side? 20? I mean if three were women that would make me happy.

O'REILLY: I don't know what side you are on, but I assume you are a Republican. The question is, Hillary Clinton, will you vote for her if it's close because she is a woman?

O'REILLY: So that isn't entering here.

WALLACE: I'm not a fan of identity politics. But I do think -- I mean you have helped propel a lot of female careers here at this network.

O'REILLY: Thank you for noticing that.

WALLACE: We have to work with the men. I don't think that a woman in politics exists or thrives on her own.

O'REILLY: No. But Mrs. Clinton will run as a woman and with war on women and a lot of the other things.

WALLACE: Obama did too.

O'REILLY: Well, you know -- whatever they do, they do but I always like to get people's opinion of what they think of that.

Now, you have a very fascinating -- you know, worked for President Bush so you know the inside baseball. You worked with Sarah Palin and Sarah Palin was close to becoming a vice president. But you had trouble with the governor.

WALLACE: Yes. Our differences are documented. She rightfully felt mishandled by McCain staff.

WALLACE: The interviews that were planned for Sarah Palin made her look and feel bad. So we as a staff are to blame.

O'REILLY: So you're taking the blame for that?

WALLACE: I did at the time and I do now.

WALLACE: But I think that that's to elevate the importance of staff which I know you don't ever do.

O'REILLY: Well, I mean look -- if I decide to do an interview, it's on me. Staff can say please do it, but if I decide I decide.

WALLACE: In her defense she wasn't. We asked her to do the series of the first few interviews and she deferred to us. In hindsight we obviously didn't (inaudible) serve her well.

O'REILLY: But there comes a point where I think personal responsibility, you know.

WALLACE: From your mouth.

No, let's get into "The View". You have Miss Goldberg and you have Rosie O'Donnell. But there was a clash that surprised a lot of people including me because they are both ideologically the same -- kind of.

WALLACE: Kind of. You know there was one debate that stands out. There was a fight about race. It happened right before the Christmas break. And I went back and watched the show and I never do that but my head was like this flipping back and forth watching them like a violent tennis game. And it was intense.

WHOOPI GOLDBERG, "THE VIEW": You are a white lady telling me what is racist to you.

ROSIE O'DONNELL, "THE VIEW": I am an American who's been (EXPLETIVE DELETED) what homophobia nation looks like.

W. GOLDBERG: It's not the same.

O'DONNELL: I have a black kid I raised, Whoopi. I have a kid in my house.

W. GOLDBERG: That is not the same thing.

O'DONNELL: You don't have to be black to know what racism is.

Last question about it. For you, a television novice sitting in between those two, describe that for me.

WALLACE: It was intense. I didn't feel like I could believe what I believed, so my wiring is to try to make people understand that I might disagree with them politically but I'm not a bad woman. I'm not a bad person. I'm a mom and a wife and a daughter.

O'REILLY: Nicolle, everybody should buy her book about the woman president. Thanks for coming in.

WALLACE: Thank you very much. Thanks for having me.