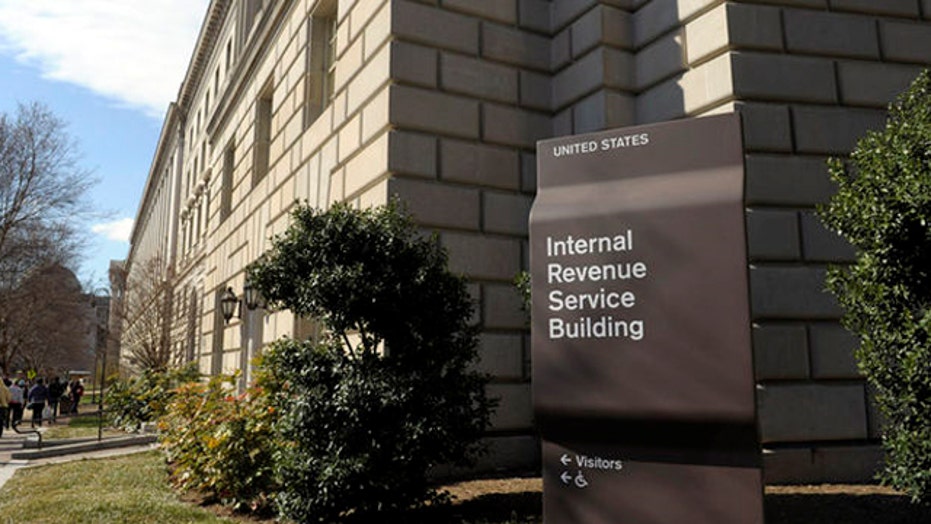 CHARLES PAYNE: The fact of the matter is that the initial apology the President gave the American people was insincere. It says something about the system that he won't just let it play out, he won't acknowledge it. It's all about deflection, but I think this is the wrong path he's gone down. He really should have a more honest discussion about this.

BEN STEIN: Obviously there's something there, and there are obviously systematic errors going on. He can keep calling it phony as long as he wants. Some news outlets will cover his behind, but not everyone will. Fox and others will go after him and perhaps this whole scope will come out.

DAGEN McDOWELL: Reportedly, the White House was using the Federal Election Commission to target a specific conservative group. Now we find out that people at the Federal Election Commission were in touch with the woman at the IRS who's overseeing the conservative targeting within that agency. So, again, not only does it now smell bad at the IRS, but that stench is now moving from one government organization to another. How do you fight it off if you're in the White House today? You talk down to people and you belittle them and say there's nothing here. Is it working? No, it is not.

CHARLIE GASPARINO: It really does underscore media bias. The good thing is that nowadays there are other news outlets out there. The main stream media holds a lot of sway. Most TV networks in America get their talking points from the New York Times. That's one of the problems with this story. It's hard to pick up steam when the establishment won't go after the President over something that's really sleazy. I mean this smells really bad whether you're a Republican or a Democrat. If you set the precedent that Obama can get away with it, other presidents can get away with it as well.

JULIE ROGINSKY: I think what happens with the IRS is a scandal. I have no evidence that it reached the White House, or that Barack Obama or anybody in his inner circle told people to go do this. People that say that are jumping to conclusions without any evidence. I would like to get to the bottom of what happened. Some people are missing the one issue that we really need to focus on, which is that a lot of these groups, both Democrat and Republican completely abuse the IRS tax code.

CHARLES PAYNE: This new revelation shows that some of our greatest fears are actually coming true is amazing. It's absolutely amazing. I don't know if you'd see this if the TSA was run by a private company. A private company knows that it can be replaced. A unionized TSA is like a union, they can not be fired. It's hard to make them go away.

DAGEN McDOWELL: A lot of workers at private companies, both big and small, sleep on the job, slack off, get caught, and, hopefully, they get punished. That's what this report is about. I have no problem with the TSA. We nationalized this industry because 9/11 happened. I personally love the TSA, hopefully we can fix it.

BEN STEIN: I love the TSA. I travel constantly. Some TV anchors get private jets when they go to speak. I have to fly commercial. I think they're great.

JULIE ROGINSKY: Was the flying experience so much better back in the '90s? It all stinks. No one wants to do it, but you do it to stay safe. San Francisco has privatized their airport. They're doing just as well as the TSA. It's the same thing. The moral of the story is the whole thing stinks.

BEN STEIN: We'll have big posters of President Obama starring at us with his eyes following us and the top of the posters will say, "Mr. Obama is watching you." This country gets more Orwellian all the time. The Trayvon Martin case was most Orwellian case I've ever seen.

JULIE ROGINSKY: This came from conservative Prime Minister David Cameron in Britain. Apparently, it has been sort of effective in Britain in getting rid of fraud and abuse, which is something you all talk about wanting to eradicate.

CHARLES PAYNE: It is a complete arrogance and offensive and not what this country is built on. I'm against this.

CHARLIE GARPARINO: So freaking stupid. Where are they going to start with me? I am not giving up the martinis, never Mr. Obama, never.