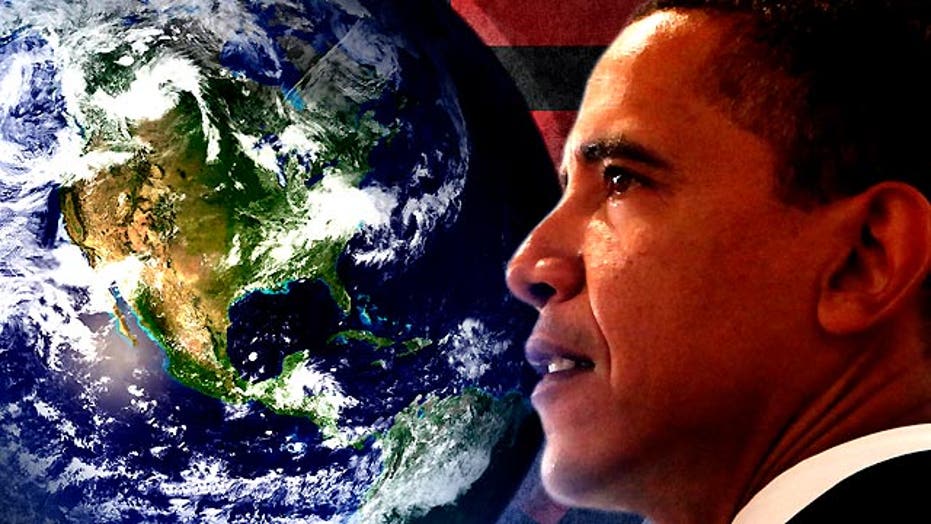 This is a rush transcript from "Special Report," June 2, 2015. This copy may not be in its final form and may be updated.

JIMMY CARTER, FORMER U.S. PRESIDENT: We have not improved our relationship with individual countries and I would say that the United States' influence and prestige and respect in the world is probably lower now than it was six or seven years ago.

GEN. MARTIN DEMPSEY, JOINT CHIEFS CHAIRMAN: Since the last military, national military strategy was published four years ago, global disorder has trended upward while some of our comparative advantages have begun to erode.

SHANNON BREAM, GUEST ANCHOR: All right, we're back with our panel to talk foreign policy.
Chuck, I'll start with you. We see General Dempsey there mentioning the military strategic initiative and talking about impending threats. Russia is mentioned there more than anything -- more than ISIS or anything else. And as Jennifer Griffin was reporting, they are allegations that they are massing again for another move into Ukraine.

CHARLES LANE, WASHINGTON POST: Well, I was struck by Jimmy Carter's comment because on the subject of decline and prestige, he is an expert. So his words carry a lot of weight.

And I would go back to the Reagan situation that we were talking about before. The strongest case for Reagan as a successful president is foreign policy. He presided over the decline and George Bush as successor of the fall of the Soviet empire, a huge plus for American foreign policy clearly traceable to things that Reagan and Bush did while in office.

And the rise of Russia now almost a generation later threatens an important ways to undue that clear triumph. And that is something that will probably be unresolved as of the time Barack Obama leaves the White House.

But it is a very telling indicator that the world has changed and U.S. -- U.S. achievements of the past are now at risk. There's a great deal of disorder in the Middle East that no one has a clear handle on how to figure out -- Iran, et cetera, et cetera. There's going to be a lot left unresolved of those issues as of the time Obama's legacy is beginning to be evaluated.

BREAM: Charles, we also got word today the Kremlin significant that Putin is going to meet with Iran's president in Russia next week, not two of our allies by any sense of the word, but they seem to be very comfortable with each other these days.

CHARLES KRAUTHAMMER, SYNDICATED COLUMNIST: Yes. And even more surprising is that the Saudis, who are attending an economic conference in Russia right now, have invited Putin to Saudi Arabia, and he has reciprocated by inviting the king to Russia. Now that is a shock. We've been allied with the Saudis since FDR concluded an agreement with them in the mid-1930s. They feel so abandoned by the United States, they feel the U.S. is in such decline and is so cozying up with Iran in ascendency that they are actually reaching out to the Russians. That tells you a lot about where we are.

Jimmy Carter was right on this. The fact that the administration, Obama actually thinks that he's become a Reagan-esque because of the opening to Cuba and to Iran is simply delusional. Reagan succeeded because he defeated the Soviets by resisting them and essentially driving them into penury and to surrender. Obama's works, his great achievement, is to surrender to Cuba by getting nothing in return. And what he's going to be doing next week, surrendering to Iran. So that is sort of the mirror image of what Reagan did, and yet Obama thinks that's a great world historical achievement.

BREAM: And on Iraq, the deadline is extended for working out the nuclear deal. I want to play a little bit of what Secretary of State John Kerry had to say about where we are in that process.

JOHN KERRY, SECRETARY OF STATE: We are working very, very hard and we have some very difficult issues. But we believe we're making progress. And we're going to continue to work because of that. Thank you all. Thank you very much.

UNIDENTIFIED FEMALE: You said there's no deadline. Is there a deadline, sir?

KERRY: We have our own sense of deadline.

BREAM: Well, for now, Jonah, the deadline is set for next Tuesday. Where do you think this goes?

JONAH GOLDBERG, NATIONAL REVIEW: First of all, I'm going to tell the IRS I have my own sense of deadline.

BREAM: See how that works out. Let us know.

GOLDBERG: It's funny. Charles said in the first panel about comparison to Reagan, when it comes to ObamaCare, the proof is whether or not it's actually a successful piece of legislation. The same thing holds here. It is this bizarre notion that we talk about in foreign policy circles these days that it will be the huge accomplishment to get a deal with Iran. It's only a huge accomplishment, at least it's only a huge positive accomplishment, if it actually stops Iran from getting a nuclear bomb. And no serious person anymore outside of the administration had very high hopes for that.

In fact, we sought clip from Jimmy Carter, but almost the entire sort of centrist-left foreign policy establishment has abandoned Obama, particularly on things like Ukraine. He's out there alone. And he thinks that if he just promises to get a deal with Iran that that in and of itself is an accomplishment. It has to stop the bomb from happening. And I don't think that's going to be the case.

BREAM: Does anyone think the U.S., any chance we walk away from the table, or do you think one of the other powers of the table does before this is over?

KRAUTHAMMER: Obama wants a deal. Kerry wants a Nobel. Iran wants the bomb. And the deal will assure all three of those.

BREAM: And with that, sleep tight tonight, kids. You're a psychiatrist. You're going to have to prescribe meds for all of us after that.

KRAUTHAMMER: I'm ready to do it.