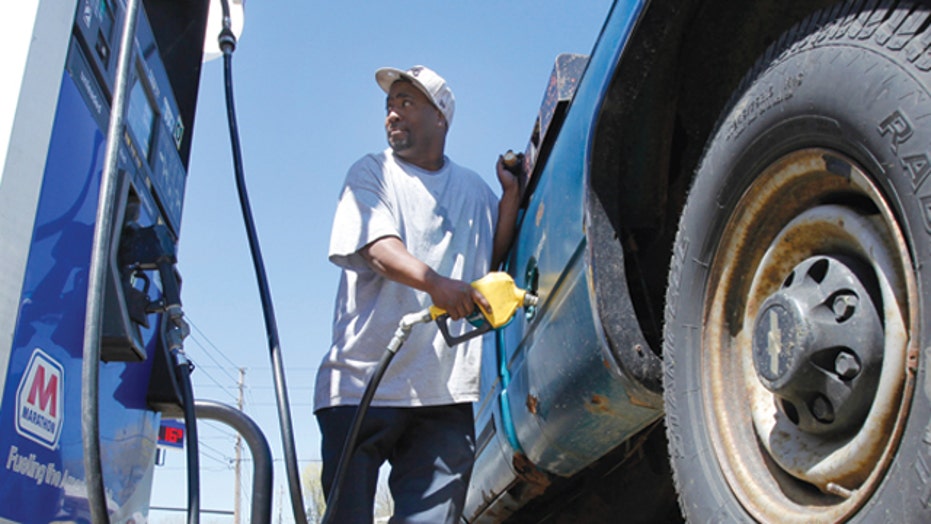 What happened to funds already earmarked for infrastructure?

CHARLES PAYNE: Its lunacy. We're going to make it harder for so many people hurting this economy. We're filled with taxes. We have tolls, we have property taxes; every day, I pay 12 bucks to cross the George Washington Bridge.

CHARLIE GASPARINO: You're not counting all the billions, tens of billions of dollars that state and city bonds issue every year to build infrastructure. You didn't bring up the fact that we've been talking about an infrastructure price for the last 30 years.

DAGEN MCDOWELL: The federal gas tax goes to the highway trust fund. It hasn't gone up in 20 years, but the cost of road repair and road construction has gone up 55 percent. You do need more because since 2008, the general fund has contributed $41 billion to the federal highway trust fund. Drivers are not paying their way. I don't have a problem with asking the drivers to pay because you're essentially by taking money from the general revenue fund of the treasury; you're asking people who aren't using the roads to pay. I don't think that's fair.

BEN STEIN: Well, the whole idea basically is a subsidy transfer from the taxpayer to motorists and unions. It is very expensive to have a stretch of highway or bridge repaired. We're having a lot of it done in beautiful southern California. The wage that these gentlemen get for their work, which seems to me mostly of leaning on their shovels, is about $100 an hour.

JULIE ROGINSKY: There should be government accountability for every penny we spend. The money you're paying to crossing the George Washington Bridge is not going to the transportation trust fund, it's going to rebuilding the trade center and airports and port authority, nothing else. If you're using the roads, you have to pay your way.

BEN STEIN: I don't think it had to be more than once because it was a signature initiative. He obviously dropped the ball. He obviously didn't follow up. So the fact that he did not meet with her more than once seems not strange at all to me, considering how badly screwed up the whole thing got to be. It's a shame and it's deeply unfortunate. I know when I worked for Mr. Nixon and Mr. Ford; they met with their people all the time. It's so unbelievable to me, I tried to give every doubt to the president that he called her up or she called him. At face value it looks like he got his wish; whether people like it or not, it was a signature achievement, but then he dropped the ball.

JULIE ROGINSKY: Ben's right, Obama dropped the ball on this. It doesn't surprise me he may have only met with her once because he certainly didn't do anything else he needed to do to make this rollout a success. Look, ObamaCare, is a good policy, but the implementation was horrific.

DAGEN MCDOWELL: Nobody was listening to anybody, whether the information was put out there or not. Shoot, you could have read the Wall Street Journal and known that the website hadn't been tested and there were going to be problems., even McKenzie's study that came out earlier in the year said, "Hey, here's a litany, a list of problems that could occur." Nobody was on the case, and for whatever reason, nobody will ever know.

CHARLIE GASPARINO: Didn't do much on the stimulus package. Remember all those shovel ready jobs? Not there. He paid no attention to Dodd-Frank, he just farmed it out. This is modus operandi for this guy.

CHARLES PAYNE: I do think the only thing I've seen is a lot of people involved with unions. I think the president just was very arrogant and thinks it's a done deal.

CHARLES PAYNE: They got the green light. The unions are big time losers, but Detroit and other large cities and states are huge winners. Let's be honest about this, you have an alliance where the unions put manpower, money and boots on the ground to get politicians elected and they kept lavishing these amazing promises and it kept going on and on.

CHARLIE GASPARINO: Detroit is going to be barred from the markets for a long time. I wouldn't extrapolate too much from this. The unions control New York City hall. Bill de Blasio, all his aides are close to this. New York City is going to head in that direction.

DAGEN MCDOWELL: This is good news for the bond market and for cities that are struggling because it gives them negotiating leverage.

JULIE ROGINSKY: Both parties gave away to unions in the ‘90s like drunken sailors in their right to get political support. It went too far. Detroit needs to have a bankruptcy. They have a commitment that's a legal contract, but even in bankruptcy I'm not sure if the unions are going to get screwed on this.

BEN STEIN: Detroit is an incredibly sad commentary on the collapse of nonwhite urban America. It's unbelievably sad. You can say it's the union's fault, but basically the story is a story that's being replicate in other cities in America and it's a terribly sad story.