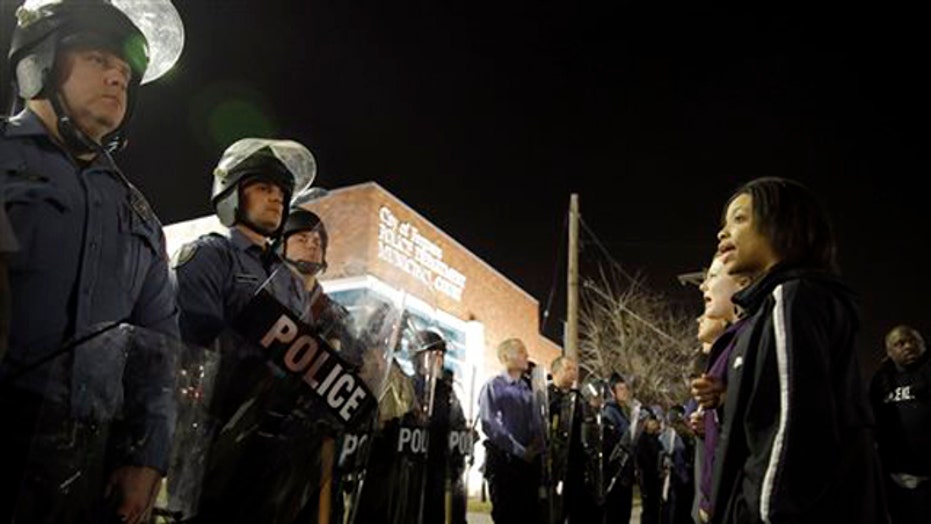 Can we afford this?

Charles Payne: Everyone knows this country is built on protests. I don't begrudge anyone the right to protest. What can we do to be a better community? Focus on education, community, accountability, building wealth, those kind of things. Historically when these cities implode like this, businesses don't come back for a long time. Biloxi was never the same. Newark is limping along. When you burn down a city, more importantly improve yourself. Improve your community. That's where the focus should be right now.

Dagen McDowell: I draw the line at when it's a peaceful protest where i think that the sky's the limit in terms of costs because freedom of expression, freedom of speech they are such critical pillars to this country. When you're talking about damage done through violence, through looting, those are crimes. If you want to crack down on that even more, that's fine. I don't think you can put a limit on protests. Ultimately peaceful protests will lead to solutions to these problems.

Adam Lashinksy: So the point of banging a drum and whatever these other things are simply to get attention. As long as you are not breaking the law, we celebrate their right to do things that draw attention to themselves because -- and this is the important point here point, I agree with absolutely every word Charles said. That was an excellent message. It's exactly what people need to be hearing. That said, we as a society need to be hearing the things these people are saying, as well.

Ben Stein: I'm all in favor of kids getting educated. It is worth it. How well educated students are after college as compared to before college is very much up in the air. Why it is the taxpayer is working in a store to subsidize kids getting high all day is unclear to me.

Dagen McDowell: I wish I didn't have to go to college. I got a great high school education. We were forced into getting these degrees. I learned how to bong a beer. That was a real creative four years I spent. People walked away from their mortgages. People walk away from their credit card debts and are forgiven in bankruptcy. That is the way of the new world.

Charlie Gasparino: Think about where we are going with this. Obama is taking it to a new level. Not just people that borrowed recklessly that are victims, which he said a million times. It's now kids who borrow recklessly to go to college?

Charles Payne: You know you are going to get the money back. It's a great investment. Some of this stuff, you want me to pay for it? Some cab driver who didn't finish high school should take a piece of his check and spend for your masters? Are you kidding me?

Adam Lashinsky: The whole education system and finance system is completely screwed up.

Ben Stein : I say the fraud in the social security system, especially on the disability part, is overwhelming, it seems we could make a lot of progress on the budget deficit if we could get a handle on that. It's money well worth spending to crack down on this fraud and send some of those people to prison.

Dagen Mcdowell: And the Social Security Agency wants to spend the money on actually getting the money out and says that it's wasted resources if we direct it to cleaning up the death records. I wouldn't expect government workers to understand, they're zombies anyway

Charlie Gasparino: If the average guy can figure this out you wonder where why the government can't.

Charles Payne: I agree with Charlie, someone knows the deal. They're allowing this to happen. If you come into country tomorrow illegally you can buy one of these cards. Someone has got the list.