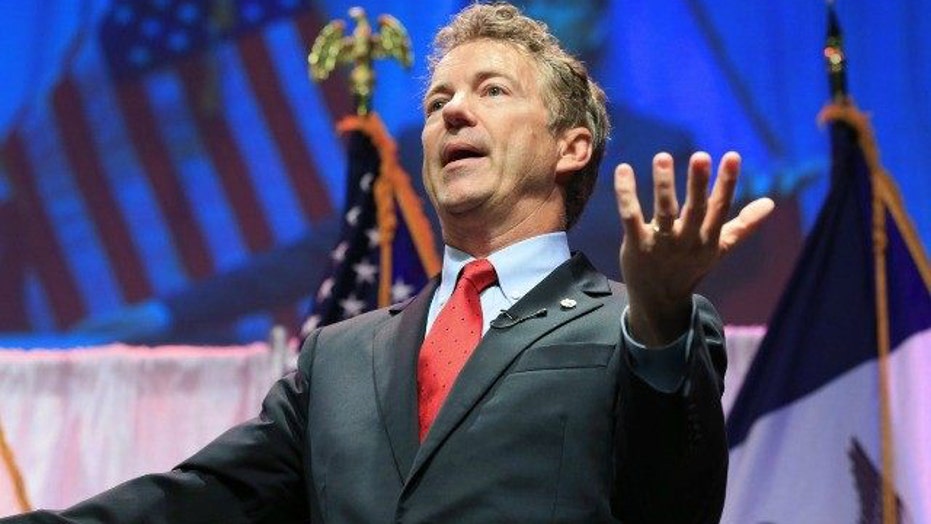 This is a rush transcript from "Your World," May 21, 2015. This copy may not be in its final form and may be updated.

SEN. RAND PAUL, R-KY.: I will not let the Patriot Act, the most unpatriotic of acts, go unchallenged. Are you really willing to give up your liberty for security? What is if the security you're getting is not even real?

To former Attorney General Michael Mukasey, who is worried just about that.

He is saying, enough is enough. What are you saying?

MICHAEL MUKASEY, FORMER U.S. ATTORNEY GENERAL: What I'm saying is, not enough is not enough. And we -- he may be right that the current law doesn't really give the NSA enough information.

My response to that is, fine. Let's expand the reach to include not only land lines, but cell phones, so that we get all that we need, but certainly not throwing out the program.

The program, they either don't understand or they don't want other people to understand what this program involves. It involves gathering the calling number, the called number, the date and length of the call, stockpiling all that information against the possibility that we get a suspicious number and then run it against those to find out whether a terrorist has either called or been called by a number in the United States.

That's the only purpose it is used for. It doesn't include any content.  It doesn't even include the identity of the subscriber or the parties to the call.

CAVUTO: But if someone has a suspicion that among all the people I talk to in the course of a day planning a show, that I might have stumbled upon a terrorist who is trying to...

CAVUTO: But my point is, and I think his point is -- and this where is the debate ensues -- is that a trove of phone records, 120 million in the case of Verizon, what possible benefit is that?

MUKASEY: The possible benefit is to find out who a terrorist has spoken to, and then...

CAVUTO: But none of that, Attorney General, affected getting the Tsarnaev brothers or multiple attacks we have had since. So, they argue that these procedures did little to make us safer.

Number one, it got Zazi and all of his friends who were going blow up the New York City subways, no mean target, that. Number two, there are a lot -- there's a lot of intelligence gathered that you don't hear about and that I don't hear about. That's what intelligence gathering is about. It's about building bricks toward figuring out, toward building a structure so that you can figure out what is going on.

CAVUTO: So, this is a senator, Rand Paul, saying this. It's not a filibuster. I don't even know what they call it. But it's -- do you worry if he became President Rand Paul?

Do I worry? Yes. I'm terrified of the possibility. Luckily, it's not going to happen.

CAVUTO: Why do you say that?

MUKASEY: Because he is completely off the wall. There's no way the Republican Party is going to nominate somebody like that.

The question is how much damage he is going to do in the meantime, and the answer apparently is quite a lot.

CAVUTO: Do you think there is a division though among Republicans of the greater sense between protecting civil liberties and, as Chris Christie says, keeping us alive? It's a moot point if you're dead. I'm paraphrasing.

There are people who are concerned about civil liberties who don't understand that the NSA bulk data gathering program has nothing to do with civil liberties. Rand Paul is willing to exploit that lack of knowledge for his own purpose because he wants to add fuel to his Republican presidential aspirations. I think it's completely cynical.

CAVUTO: All right, I'm going to put you down as a maybe on Senator Paul.

MUKASEY: Good to see you.