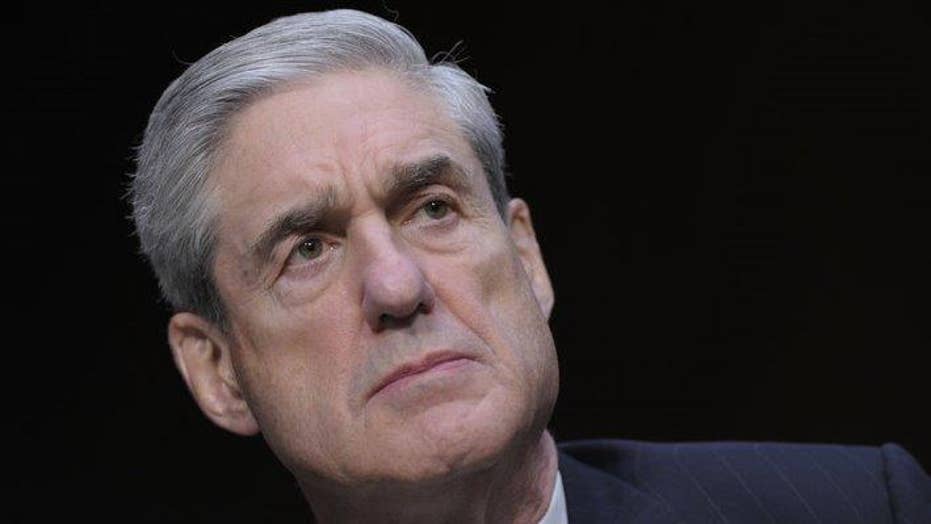 This is a rush transcript from "Special Report with Bret Baier," August 3, 2017. This copy may not be in its final form and may be updated.

CHRIS WALLACE, FOX NEWS: With the news from another leak that special counsel Robert Miller has impaneled a grand jury to look into Russian meddling in the 2016 election and possible contact with the Trump campaign, let's bring in our panel early, Charles Lane from The Washington Post; editor of Lifezette, Laura Ingraham, and syndicated columnist Charles Krauthammer.

Well, Chuck, give us some context. What's the significance of Mueller impaneling a grand jury? What does it tell you about the state of this investigation right now?

CHARLES LANE, THE WASHINGTON POST: I guess what I'd say is it's never routine to have a special counsel on your case, but within that context, this is relatively routine. You would have expected a special counsel who is dealing with a very complex matter which apparently is going to involve all of these business corporations that Donald Trump owns and his family owns. They would want the grand jury in place so they can issue subpoenas, take sworn testimony, and of course do all that behind closed doors under the veil of secrecy, which of course doesn't cover the witnesses which is probably how this managed to leak out through somebody who was called to witness.

It shows that the president is going to have this monkey on his back for a number of months more. And I was struck by the tone that Ty Cobb took, which was not this is a terrible witch hunt and not maybe we should fire him, but rather we look forward to fully cooperating and we hope this will accelerate.

Maybe that change of tone might have something to do with another thing that's going on, which is bipartisan moves in the Senate to perhaps constrain the president's power to fire Mueller. It looks like Mueller is not going to be fired and he's digging in for long trench warfare, so to speak, of an investigation.

WALLACE: We've got a statement as well today by the head lawyer from President Trump's private legal team, that's John Dowd. Let's put it up on the screen. Dowd says "We have no reason to believe President Trump is under investigation."

Laura, well that's certainly true, this certainly can't be good news for President Trump. And there was another leak today, a day filled with leaks, that the grand jury has already issued subpoenas for records from people involved in that famous June, 2016, meeting ta Trump Tower involving Donald Jr. and the Russian lawyer.

LAURA INGRAHAM, LIFEZETTE.COM: It's hard to believe that last week came from Donald Trump, Jr. That sounds like a leak that came from within the investigation. And if that's the case, that's really pernicious.

This is not good news for the Trump legal team. Is it routine? I guess. I practiced criminal defense law, white-collar law. And it's not surprising because other grand jury's operating in the eastern district of Virginia, it's not all that convenient. But this is an investigation that is by all indication going to be sprawling, and it's going to reach into aspects of the Trump business empire, his family business interests, way beyond I think what people initially believed would be covered by this. Anything that this team of legal eagles that they put together come across that they think merits some investigation in the process of investigating this Russian deal will be investigated.

WALLACE: I'm going to pick up on that with you, because Jay Sekulow, another member of the private legal team, is saying this is an investigation about Russia and things directly related to Russia. You are saying the --

INGRAHAM: It always sounds good to say that. However, as we know from special counsel's past what you start with isn't always what you end up with. So this is not good news. It's not surprising. But I would caution the Trump legal team. This is where you've got to be deadly serious in how you're handling this. And John Dowd has been around for decades practicing criminal law in Washington, D.C., criminal defense law. But they've got the best of the best on the other team. They have 12, 15 lawyers who have left really lucrative legal practices because -- not because they think there's nothing there. They're doing it because they want to get to the bottom of whatever this is.

WALLACE: Charles, I want to pick up on something Chuck said, and that is in addition to all of this stuff, the news we got out of the special counsel, two bills introduced today in the U.S. Senate in both cases by both a Republican and a Democrat both that would seek to protect the special counsel if there was a feeling that he was being fired by President Trump for political reasons to protect himself or people around him.

CHARLES KRAUTHAMMER, SYNDICATED COLUMNIST: That's why tonight's news is not just a threat to Trump and his entourage but it is to I think constitutional stability. The president has said that he's got a red line. If they want to go on a fishing expedition that is unrelated essentially to the Russia probe, that's where he draws the line. He didn't say what he would do, but you know what he would have in mind. When you get members of his own party in the Senate trying to pass laws, probably unconstitutional, to restrict his ability to fire Mueller, you know that we are possibly headed to a cliff.

Look, the problem with special prosecutors is you assemble a team of, as you say, the best of the best in search of a crime. Normally you have a crime and then the prosecutor's go out and try to prove it. With a special prosecutor, you start with Whitewater and you end up with a blue dress. That's a long journey.

Here the Russia thing obviously is a pretext, and it's going to be a subject of the investigation, but it appears to be going into the territory that Trump has wanted to protect, namely his business. And at some point we could come to a crisis. And I worry for the country because this is not good that the presidency, the judiciary, and it would be Congress would be at loggerheads when you really don't have anybody that ultimately would adjudicate. It would be the Supreme Court, but we know that that can cause real reverberations for decades.

WALLACE: Chuck, one last thing in this segment before we move on, and that is the fact that I think it's fair to say that this is a subject that absolutely touches Donald Trump's thermostat. Every time there's been a new development from the recusal of Jeff Sessions to other developments, he has blown up over that. This would seem to me, as Laura points out, they have to be deadly earnest, deadly careful in terms of what they say and do now. This is going to really be a test of the new chief of staff General Kelly to keep him under control and disciplined and dealing with something that I'm sure he's furious about.

LANE: I couldn't agree with you more, particularly when you make the point about John Kelly and what he has now got on his hands. He is going to have to coordinate at the high level the chief of staff coordinates the whole legal response in addition to all the policy responses he's dealing with. And of course the president is kind of this loose cannon rolling around. You never know what he's going to say.

Final point on why they've got to be serious -- another word for grand jury is perjury trap. Now you have got the question of any word they say to the grand jury is, when all these people are called in to testify, it's going to be scrubbed for its truth or falsity, and they're at risk there too.

INGRAHAM: You walk into the grand jury, a lot of these witnesses might feel like they are in jeopardy. That's when they put the big squeeze on. That's a dangerous position to be in. It's not fun to go in and be a grand jury witness. It's not the end of the world. Get through and get out and you can talk about it. These witnesses can come out and talk about it.

We are going to be covering I think for many months who's going in and who's coming out, and a lot will talk I imagine, and some will say, look, it went well. But that's what we're going to be focusing on.

WALLACE: And there's also the possibility not to say whether this is going to end up being any crime let along one that involves President Trump, the possibility of people lower down being used, pressured, flipped, and turned as witnesses against people above them.