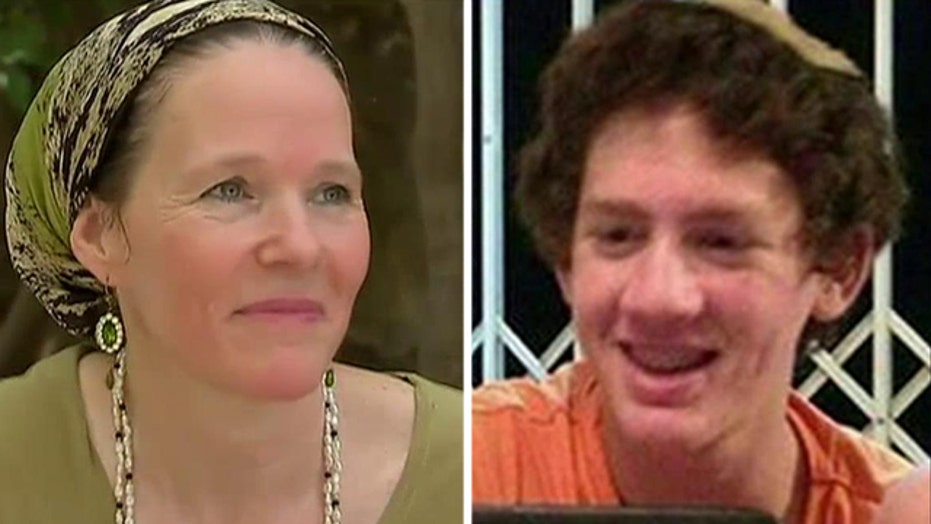 Mother of teen murdered by Hamas speaks out

This is a rush transcript from "Hannity," August 6, 2014. This copy may not be in its final form and may be updated.

SEAN HANNITY, HOST: While the cease-fire has temporarily halted the violence between Israel and the terror group Hamas, unfortunately, that was not the case back in June, when Hamas terrorists kidnapped and murdered three innocent Israeli teen boys. They were abducted from a West Bank hitching post on June the 12th and murdered shortly thereafter.

Now, that act of terrific terror ignited the Middle East violence that we have been witnessing now for more than a month. It is the reason we are reporting in part from Israel today. One of the victims, Naftali Fraenkel, had dual citizenship in the U.S.

Earlier today, I spoke to his mother, and she shared her very emotional story. Take a look.

HANNITY: Rachel Fraenkel, thank you so much for being with us.

RACHEL FRAENKEL, MOTHER OF BOY KIDNAPPED AND MURDERED: Thank you.

FRAENKEL: Well, my son texted us that he's on his way home. And he's 16 years old. He's OK. He's very independent. So that night, we decided to go to sleep early. We texted him, "Great, when are you coming?" And next thing we know, there are cops banging on our door because his classmates he was traveling with didn't show up at home and wasn't answering his phone.  So they sent -- they went to the police and they sent policemen to us to check if he might be by us.

So for a second there, we thought it's all about going up to his room and finding them both in their beds.

FRAENKEL: And once they weren't there, we knew something horrible happened because these were very responsible kids and they wouldn't just disappear.

HANNITY: And then it was -- it became a big, huge national story. When did you get confirmation that, in fact, your son and two other boys were kidnapped?

FRAENKEL: So within a couple of hours, we already knew that the last signals from their cell phones were in the Hebron (ph) area, which is totally not the direction of our house. And then we knew things were really bad.

HANNITY: Yes. And then it became for an entire nation -- 18 years -- I'm sorry, 18 days, you all came together, the country. Were you surprised at how the country every day was captivated in the hopes that your -- your -- these boys would be found?

FRAENKEL: I wasn't surprised, but it was an amazing experience.

FRAENKEL: I wasn't surprised because, you know, kidnapping a child in Israel -- it's not something that could just go by. Our children are everything to us. I mean, I imagine that anywhere -- anyplace in the world. But life here is cherished and children are the most important thing we have. And so I wasn't surprised.

But it was amazing because we weren't left alone for a second in any way.  We were taken care of in every possible way, and with so much solidarity from Israel, from the Jews, from non-Jews, from people from all over the world. People became so emotionally involved. Everybody had their pictures on their refrigerators, on their lawns, and it wasn't the private issue. So it was agonizing, but at least I felt I shared this with so many people.

HANNITY: And you have -- you have had seven children. How is the rest of your family doing?

FRAENKEL: We're trying to monitor it. It's -- some are very young. My youngest is 4, so he speaks about it nonchalantly, but I don't know where the pain is hiding yet. And he doesn't understand the finality. He doesn't understand that he'll never see his brother. And others, each -- with their own age, they're dealing with this in their way.

HANNITY: Sure. And the prime minister said at the time, anyone trying to harm Israeli civilians will be harmed in return. This led to the rocket -- the rockets, more rockets being fired by Hamas into Israel. Eighteen days later, you find out that your son was brutally murdered. And then since then, Israel has been at war. Your reaction to that because you're so personally involved.

FRAENKEL: It gives some context. What happened was that there was a very intense military effort to find them. And it was actually very -- it was attempting to be very gentle to the general population, but very intense towards Hamas. And that was not in Gaza. And for some reason, Gaza, Hamas chose to become involved, which didn't make sense because it led to the -- to discovering all the tunnels that they were digging under our communities.

And now when I say it gives context, we suffered a terrible tragedy, and that's the personal issue. But on a national level, it might have saved dozens of lives.

HANNITY: In other words, the fact that you found these tunnels. Were you surprised about -- I was in one of them since I've been here.

FRAENKEL: It's frustrating because the general population in Gaza needs houses, needs shelters, needs, you know, what people need. And all that --

FRAENKEL: Hospitals and schools and kindergartens and all that cement, and all the effort was --

FRAENKEL:  -- and international -- yes, it's not Gaza cement. It's human aid that comes from all over. And it was all sent there to build terrorist tunnels that really literally go under kindergartens and communities, so it's --

HANNITY: The mother of one of the alleged kidnappers at one point, while all of this was going on, said, if they, Israel, accuses her son of the kidnapping, and if it is a true accusation, I will be proud of him until judgment day -- in other words, proud that they kidnapped and then killed your son.

FRAENKEL: You know, I can't even relate to that. There's such a culture gap there. Something about the Hamas culture and around it is turning death into the ultimate sacred act, killing and being killed. And in my culture and religion and general atmosphere here, it's all about life and trying to live well, and hopefully, in peace. So it's beyond --

HANNITY: It's beyond your comprehension.

FRAENKEL: It's beyond my comprehension.

HANNITY: What about -- you addressed the United Nations. I've said many times in my humble belief that I believe it's been a pretty radical anti- Semitic, anti-American organization. And even when you spoke there, they kind of turned a deaf ear to you. Did you feel that?

FRAENKEL: People don't come to the U.N. to discuss things. Nobody really listens at the U.N. It's once you present something, you have your 120 seconds to present something, it becomes a legitimate issue that people afterwards -- you know, the press coverage and we met with the president of the Red Cross. And the reason we went there was to give it some public impact.

FRAENKEL: They were both amazing.

HANNITY: Yes. Tell us what they were telling you at the time.

FRAENKEL: Mrs. Netanyahu was relating to us in a very emotional way. She was very emotionally involved. She was with our kids. She was in our home. We spoke to her. She -- really, we felt her heart is totally into this. And her sons were involved in different ways on the social networks to try to promote this.

And the prime minister himself, we let him do his job. He was keeping us in the picture as far as the military attempt and the intelligence attempt and what we know as far as they could tell us. And we really knew he was doing everything.

HANNITY: I can't imagine a worse thing a mother goes through. Thank you for sharing your story.

FRAENKEL: Thank you so much.

HANNITY: And we wish you and your family all the best.

FRAENKEL: Thank you. Thank you for helping us bring the story out.