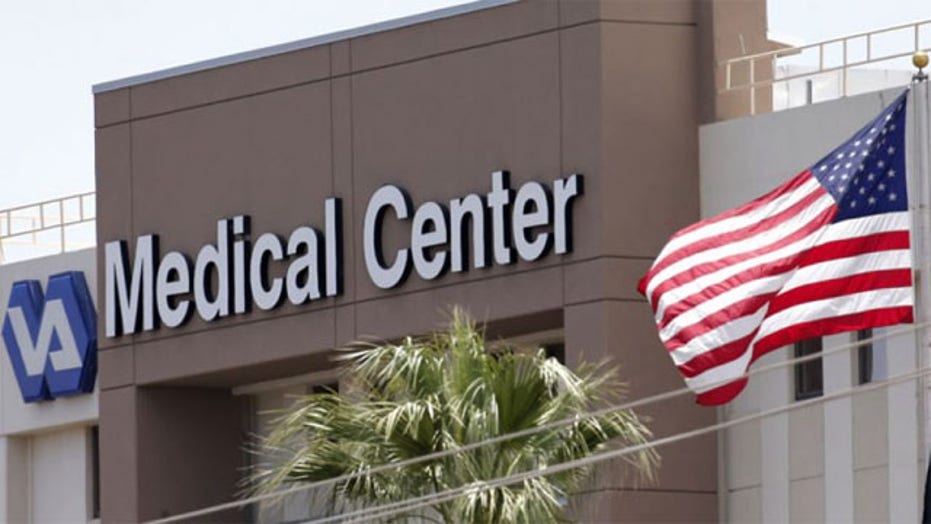 President Obama hints current budget may not be enough

CHARLES PAYNE: He mentioned money three different times. It's a great elixir, and if this is not fixed in the future, it's not my fault; I couldn't get the money from congress. A lot of money has been thrown at the problem. We have had this particular crisis. It's going to mushroom into something that has already been done. Big government is part of the problem.

DAGEN MCDOWELL: It is because of a lack of accountability and giving bonuses for poor performance, which is rampant throughout the VA system. Funding has gone up dramatically since 2005, and it's more than $57 billion or 76 percent up annually, while the number of veterans being treated is up 18 percent. Throwing more money at the problem won't fix the problem.

CHARLIE GASPARINO: There is fraud from the top to the bottom, and this fraud, with brave men and women not being able to see the doctor for two months, the agency needs to be blown up. There is no outrage here. We call him no drama Obama. I think he has no clue how bad it is.

BEN STEIN: Part of the problem is the veteran population is aging rapidly, and older people like me consume more medical care, so the amount spent per veteran has grown dramatically. I don't know what the government can do except throw more money at the problem. If you are not going to hold these persons individually accountable, it's the government and the only solution is to throw more money at it.

ADAM LASHINSKY: As a government we defend the country and have a military to fight wars and defend us. We have a similar government infrastructure to care for our veterans. That's the way we should do it, and yes, we do need more money. The doctors that work for the VA on average make less than doctors elsewhere in the healthcare system. We should address that right away and raise their salaries, and pay them more because they are doing the most important work off physicians in our society, which is caring for the men and women who hurt themselves defending us.

CHARLES PAYNE: This thing is a monster. When is she going to admit it?

DAGEN MCDOWELL: I am always astonished by the lack of on honesty of politicians, and why does she have to select that word for something that is deeply flawed?

ADAM LASHINSKY: I think everything you said accurately portrays her perspective, best word choice, probably not, but it will get better. She believes it and I believe it, that this is doing well, and it's doing what was accomplished. The government is not going to be providing us health care. That's not what is happening now or going on.

CHARLE GASPARINO: I think there was a needle sticking out of her arm when she said the word beautiful. I think the best part of the clip was the interviewer just sat there and didn't fall off his chair, if anything is not beautiful, it's this.

BEN STEIN: Nobody is safe from a hack, but we're all in no danger from a big mac attack.

DAGEN MCDOWELL: Being virus-proof was part of the bragging rights of owning an Apple product. It's part of our way of life. Have your data backed up somewhere. Get over it.

ADAM LASHINSKY: The reason Apple wasn't attacked back in the day is they had tiny market share on macs, and now they have massive market shares.