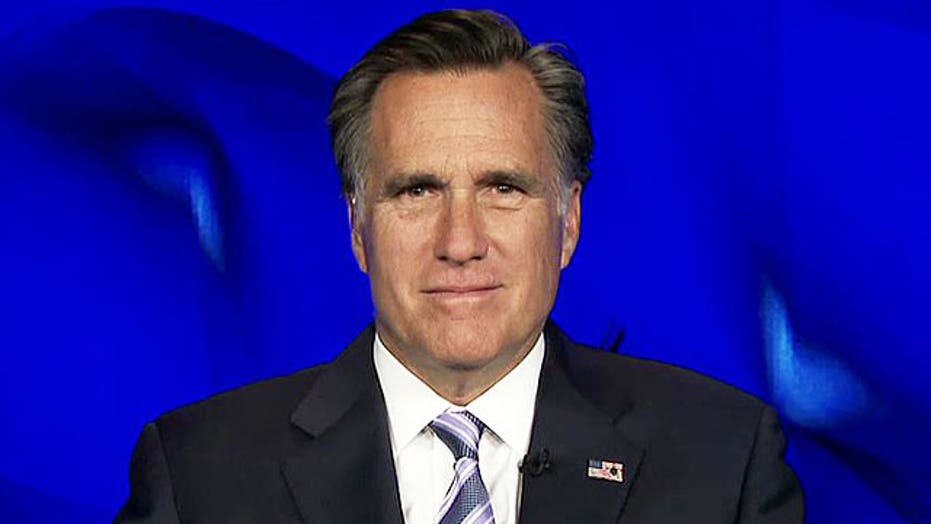 Mitt Romney on the 'trust gap' between Hillary and Americans

This is a rush transcript from "Hannity," April 21, 2015. This copy may not be in its final form and may be updated.

SEAN HANNITY, HOST: New developments, fresh fallout from another growing Hillary Clinton scandal. New details are surfacing about an alleged pay-to-play scheme carried out by the Clinton Foundation.  Author Peter Schweizer writes in his new book that while serving as secretary of state, Hillary Clinton granted special favors to foreign entities that donated money to her family foundation and that gave her husband big speaking fees.

Hillary and her campaign,  they're of course denying these allegations, while her attack dogs -- they're rushing to defend her in the media. Now, these newest allegations -- well, however, have the potential in the end to derail this presidential campaign.

Here now to discuss the ever-increasing list of Clinton scandals and much more, former Massachusetts governor Mitt Romney is with us.

Governor, why do I think if I look at Russia, Iran, the Middle East and the economy, you were right, Obama was wrong? Do you sit and watch these events unfold and say -- you know, do you shake your head? Do you -- what do you think?

MITT ROMNEY, FORMER GOVERNOR: Well, you know, you look forward. Obviously, I wish I were president. I ran for president with the hope I could become president. And I'm afraid this president has been even more disappointing than I had expected he would be.

The world, of course, is suffering in part because of American weakness in the hands of our president. He has neither a compass nor a rudder, and that we're sailing along as a nation without of a strategy, without a vision for where we'd like to see the world move.

And the result is the world is in tumult and in disarray, and it's obviously very sad for people around the world, and of course, people here at home are suffering, as well.

HANNITY: What do you make when Hillary Clinton goes out in her luxury van with a 29-inch TV and a bed, and she doesn't talk to the media? And then we find out the events -- that students are locked in the classroom, and we find out people are hand-picked, and they tell us it's a spontaneous discussion in a coffee shop. Meanwhile, the campaign drove the people to the event, can't seem to relate to real people?

How much difficulty do you see if she can't overcome that for her?

ROMNEY: Well, you know, I'm not the one to give advice, political advice to people running for president. I didn't win. So she may get better advice elsewhere.

But my inclination would not be to try and make Hillary Clinton the woman of the people. That's not who she is. I -- I -- the -- out there with a Scooby van, it just -- it just doesn't look right. And she just doesn't connect in the way that I think her people would like her to connect.

And so you know, do what she does best, and run, if you will, a Rose Garden type of strategy I think would make a lot more sense for Secretary Clinton.

HANNITY: But I actually think your experience -- you learn a lot when you're out on the road and learn a lot in a presidential campaign. Here we have a candidate who erased a server that she shouldn't have even been using. Now, I doubt, as my boss suggested in an article, that she was erasing details of her yoga classes by erasing 32,000 e-mails and getting rid of a server.

Then we have the issue of a quid pro quo, and that is that foreign entities giving money to the Clinton Foundation or big speaking fees to her husband while she's secretary of state, taking money from countries like Saudi Arabia, claiming to be a champion of women's rights, but we know that she never criticized those countries for their horrible treatment of women.

If you're the candidate and you're a Republican, how much time do you spend discussing those controversies versus your own vision?

ROMNEY: Well, there's no question but that these are real problems for Hillary Clinton and for her campaign, and they're real problems for the country. I mean, I think it's a real issue when you have a secretary of state who has a back-door way for various people and for governments to make contributions to things she's interested in, whether that's her husband's interests or whether that's her foundation. This is a real problem.

And I think people are having a hard time trusting Hillary Clinton. The idea that she would erase the messages on her server only suggests there are things there that she didn't want people to see. We won't know what those things are, of course, because she's erased them.

But I think this is a real challenge for her. Her problem is that -- is this trust gap that exists between her and the American people, and that's not narrowing. It's getting worse and worse.

And I -- I think this is something you're going to find Republican candidates talking about. But ultimately, our folks have to decide who's the nominee, and then our nominee is going to focus pretty exclusively on Hillary Clinton and her record.

HANNITY: Is there any one candidate in the Republican primary or likely to get in that you're particularly fond of, maybe will even endorse in the primary?

ROMNEY: You know, I don't expect that I'll be endorsing any time soon, and maybe not ever. There are a lot of folks who I think are very effective and have very sound records and have demonstrated through their record over time that they're not just talk, that they can get things done.

And you know, Jeb Bush, he's at the top of the list in terms of those in polls, national polls, but also Marco Rubio, Scott Walker, Chris Christie,  John Kasich is being spoken more and more of, Carly Fiorina, Lindsey Graham.

I mean, there's a long list of people who are very capable, thoughtful and experienced people who are going to get a chance to battle with one another for the support of the Republican voter, and one of the them is going to become our nominee.

HANNITY: Yes. The administration revealed this week that they believed throughout the years that the potential breakout time for the Iranians to get a nuclear weapon was only three months. The president was saying after these negotiations that it was 13 years, which I think is bad enough, personally.

What is your reaction to the idea that the president is so desperate to go into this deal with Iran that he wouldn't demand that they recognize Israel or stop chanting "Death to America" or release Americans held hostage?

ROMNEY: Well, you know, I think this deal -- and actually, it's not a deal yet, it's a general framework, and apparently, the two parties or the parties associated with it can't even agree on what the agreement is. But I think it's a real problem.

I think there is a relatively short period of time that would take Iran from where they are today to being nuclear-capable and potentially having a weapon of mass destruction. And that's unacceptable.

I do believe that our president will sign any agreement, and I think the Iranians understand that. He's not a great negotiator. He's proven that more than once.

ROMNEY: And this is a time, in my opinion, the American people ought to say, wait a second. Let's hold on here. Let's let Congress take a very good look because we cannot have a setting where Iran and ultimately a bunch of other people have nuclear weapons.

HANNITY: And by the way, there's a $50 billion signing bonus that we -- that they didn't deny yesterday that would go along with this. Do you have anything to say to Harry Reid? He lied about you during that campaign, about you not paying taxes, and he said, well, he lost. It was his recent comments. What's your reaction to that?

ROMNEY: Well, I wish Harry a very comfortable retirement. I'm delighted that he's going to be retiring. I'm hopeful that the new leadership on the Democratic side of the aisle is actually willing to work together across the aisle and work with the White House and get some stuff done.

Trade promotion authority would be one of the things I'd like to see get done. There's a lot that has to get done in Washington, and I think Harry was more of an impediment than someone making things happen. So Harry, good luck. Good luck.

HANNITY: You're a more gracious man than me, Governor. I don't think I'd be as gracious.