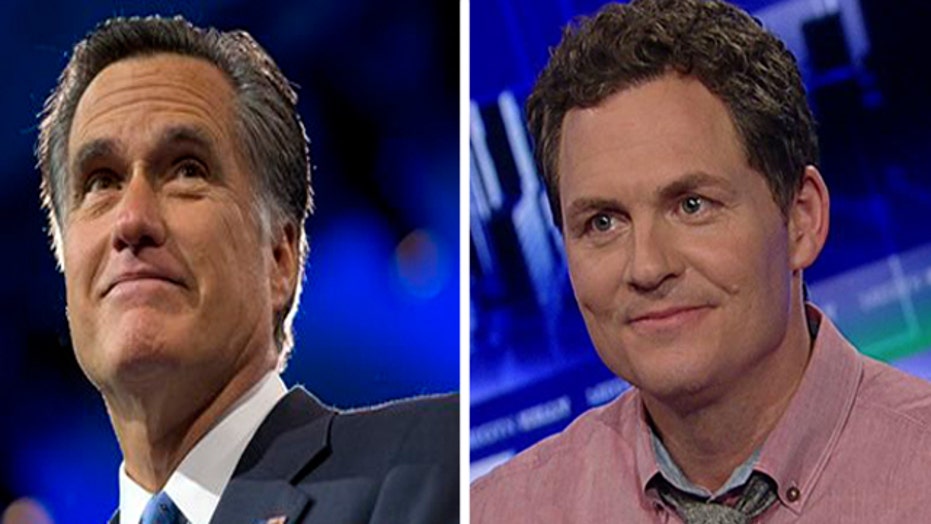 'Mitt' director on what he learned during filming

This is a rush transcript from "The Kelly File," January 22, 2014. This copy may not be in its final form and may be updated.

MEGYN KELLY, HOST: First tonight on "The Kelly File," a story seven years in the making. This week, Americans will get an unprecedented look at the Romney family's journey to try to win the White House. But before "Mitt" hits Netflix on Friday night, we have a sneak peak of what really went on inside of the Romney camp. This is fascinating, watch.

MITT ROMNEY, R-FORMER PRESIDENTIAL CANDIDATE: Sitting presidents have a very hard time in these debates. George Herbert Walker did, George W. did, because they feel like, "Who is this whippersnapper coming up here that knows nothing? I'm president of the United States. I've been all over the world. I meet with world leaders. I'm commander in chief. I know all of these things, I've been doing it." And then they come in -- and so they don't prepare, and they just think they can just waltz through it.

KELLY: Greg Whitley is the filmmaker who followed Governor Romney every step of the way starting Christmas 2006. Greg, good to see you.

KELLY: Unprecedented access through two of his presidential bids, how did you get it?

WHITLEY: I'm not quite sure how I got it. I know from my perspective, I just read a little blurb in the newspaper that described in 2006 the governor of Massachusetts will be gathering with his family in Park City over the Christmas holiday to discuss whether or not he was going to run for president. And to me, when I read that, that sounded like the beginning of a really great movie.

KELLY: Yes. So you hit up the family, and lo and behold they agreed, you followed them around, and if you watch movie, you see the Romney is in a way many people didn't get to see them during the course of the campaign. What I saw was a very loving family man -- we did see that in the campaign. A man who loves his wife, who loves his children and his loved by them, who is relaxed with his private time with his family. Did you see a difference? Some of his critics are saying, oh, he is so different behind the scenes versus what we saw on the campaign trail.

WHITLEY: From my perspective I felt like I was so immersed in the campaign, I was not aware of a disparity, but when I bring the footage home to my wife who has following the campaign by watching cable news as most people do, she was shocked at what she was seeing.

I don't think it is a news flash that Mitt Romney is a family man. What I think is unique is that probably everybody that's ever run for public office have made a claim that they are a family man or family woman. I think the footage that I have is so stripped down and bare and authentic, that when it shows that he actually is a family man --

KELLY: Not just a family man, though. You watch this, you walked away, thinking he is a good man. You agree?

WHITLEY: Yes. I do. It was not my intent to do that. But I think by just becoming a fly on the wall and filming a decent person, I think you're going to come to that conclusion.

But yes, I think Mitt Romney is a decent person and my footage shows that.

KELLY: There is this clip from his son talking about whether or not he should run. Watch this.

TAGG ROMNEY, MITT ROMNEY'S SON: And if you don't win, we'll still love you. The country may think of you as a laughing stock and we'll know the truth, and that's OK.

KELLY: The family has been behind him the whole way.

WHITLEY: Yes, oh, yes. That is one of the things I found remarkable. I feel like I have a close family. That I would go and spend a couple of weeks with the Romneys on the road and I would come back ashamed -- ashamed is the wrong word, but they set the bar.

KELLY: Wanting to do better.

WHITLEY: Yes, I did.

KELLY: One of the things that made a little bit of news in your film is there is a moment that you capture where they're talking, it is when Mitt Romney's realizing that he has lost the election in 2012. And there is a discussion about whether they should call Karl Rove on Fox News and tell him to stand down on the challenge he now infamously made about whether we had called Ohio too soon. And our viewers will remember, we can just show some -- we don't need to play the sound, but show them some of the video of what happened that night. Do you remember that moment? Was that something that was being discussed by team Romney and Mr. Rove that night, you know, whether Karl should continue that challenge?

WHITLEY: I was not privy to what Karl Rove was saying, I was only getting those reports as they would come into the hotel suite where Mitt was. Why I can tell you was, it was excruciating to be there and realize as they were -- I just sort of assumed that they would have reports, the family would have some sort of access that would supersede what we would look at the cable news network. That's not true, they follow election results at certain point, the same way the rest of America does.

WHITLEY: And when it became obvious that they were losing, it becomes just excruciating to hang on and wait for surrogates like Karl Rove.

KELLY: Yes. Thank you so much, we appreciate you being there. The film is called "Mitt." It airs on Netflix.

KELLY: We appreciate it.