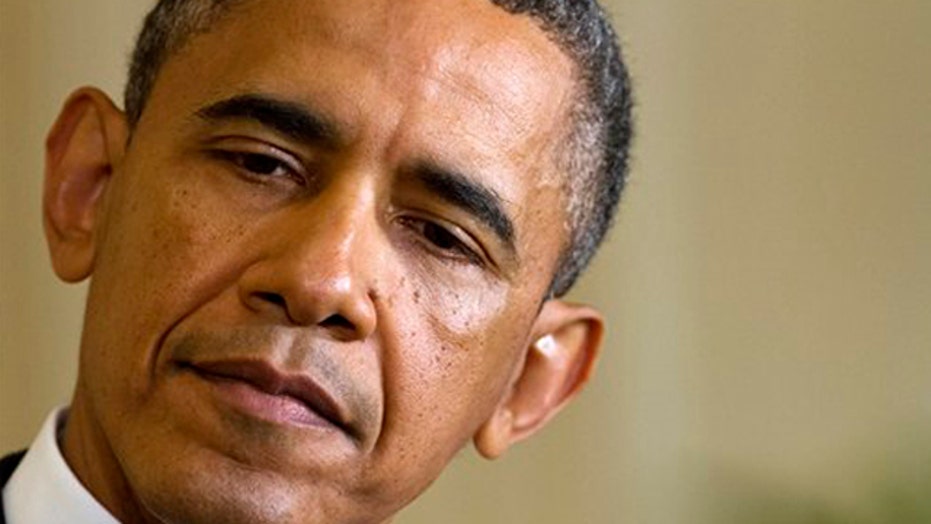 Minimal coverage of the President's absence in Paris

O'REILLY: "Impact Segment" tonight, the fact that the Obama administration did not send any high ranking official to the anti-Islamic terror rally in Paris an important worldwide story. I think everyone would agree with that. Well, maybe not everyone.

On the CBS and ABC news broadcast, they didn't do very much. ABC anchor David Muir gave it 40 seconds -- 40. CBS anchor Scott Pelley, 17 seconds. Over at NBC, Brian Williams did cover the story appropriately devoting almost 3 minutes to it.

All right. Howard, were you surprised by the scant coverage at CBS and ABC?

HOWARD KURTZ, FOX NEWS HOST: I was surprised that Scott Pelley's three sentences on CBS were so quick that if you sneezed you missed it. But that was voluminous compared to yesterday's "New York Times" and "Washington Post" which had no story on the thing that everybody around the globe has been buzzing about.

This reveals Bill and utter blind spot by some in the media -- there were plenty of exceptions -- to criticizing Obama, especially over a move that even the White House can't defend and admits was a bone-headed mistake.

But not Pelley. Pelley is a hard news guy and Pelley is a managing editor. And Pelley does 17 seconds? Pelley knows that's under-covering and he knows it's not good journalism, Lauren. So why do you think he did it?

LAUREN ASHBURN, "THE HILL": Because to them optics don't really matter. That's the only thing that we can conclude from that.

O'REILLY: What do you mean optics don't matter? The story is huge.

ASHBURN: The story is huge. But the story is about the optics of President Obama not showing up for this march when every other world leader did. It didn't get coverage when he was -- when the President was on Martha's Vineyard and journalist James Foley was executed and then the President went golfing. I mean, he did come back to "Meet the Press" and then say "Ok, yes, I know that that kind of thing matters."

O'REILLY: But that still doesn't explain why Scott Pelley who has been down every mean street in this world, is a very good reporter -- he is sitting there at that desk and he has to know they're underreporting the story, Howard. He himself has to know.

Like me, if I came on The Factor saying you know what, guys, we are not going to cover the story about the Obama administration not showing up. People are -- what? It's impossible. It couldn't happen here. Why do you think Pelley didn't do it?

KURTZ: It was inexcusably bad judgment.

O'REILLY: Why didn't he do it?

KURTZ: Because there is sometimes, Bill, in the media there is a sense of this is symbolic. It doesn't matter.

KURTZ: But I do think it's important that we not paint with too broad a brush because you had CNN's Jake Tapper writing an opinion piece saying he was ashamed of what happened.

KURTZ: You have NBC's Andrea Mitchell and other --

ASHBURN: And "Politico" came out today or came out recently.

Now, one of the interesting things, Lauren, is that NBC has changed its editorial tone over the last six months. I think it's because they are in so much trouble and the British woman who is running it could get fired at any moment. But they have changed and Williams, who is the one of the biggest Obama supporters in the country in the media -- he gave it three minutes. And they were merciless on Obama.

ASHBURN: They also happen to have a team of reporters who have stayed on this story. I mean he is not the only one. Andrea Mitchell has been as well.

O'REILLY: But they were assigned to it, you see. This is not by accident. They're assigned to it. So CBS and ABC say we are not going to cover it. We have a cheerleader thing in Tyler, Texas. That's much more interesting. In NBC, you know, we want to do this -- whoa, whoa, whoa, that is editorial departure.

O'REILLY: So there is an awakening going on across the street.

ASHBURN: Yes, I think so.

O'REILLY: There is an awakening, Howard.

KURTZ: I think NBC did a good job on this story but I don't think we need to have a standing ovation for journalists for doing their job.

ASHBURN: Because they don't do their jobs, Howie. That's the problem.

O'REILLY: I mean it's really weird.

ASHBURN: The fact that they covered this one story doesn't mean that they are doing a great job.

O'REILLY: No, no. He is not saying that. Kurtz is saying we shouldn't be giving kudos for doing what they should be doing. But in this day and age it's very, very strange what's happening. Thanks, good debate.