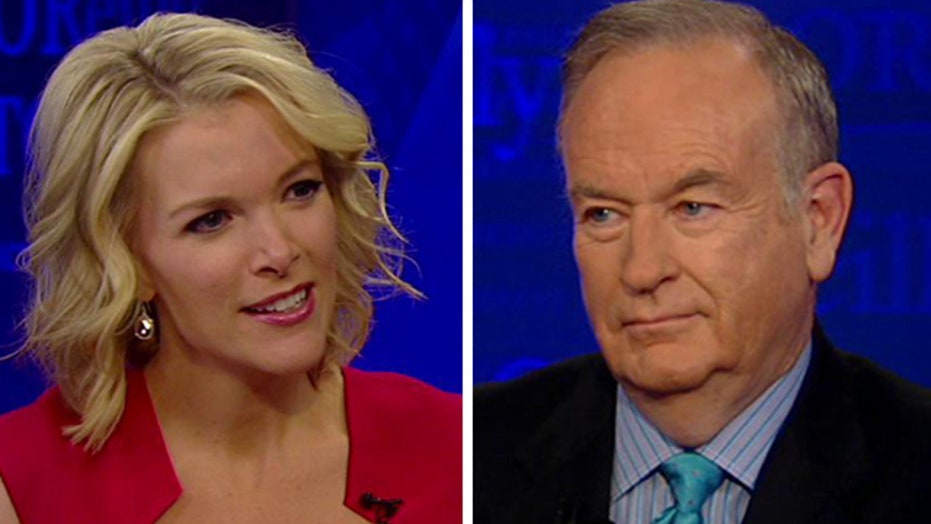 What Bill is planning on asking the president

This is a rush transcript from "The Kelly File," January 2, 2014. This copy may not be in its final form and may be updated.

BILL O'REILLY, HOST, "THE O'REILLY FACTOR": Yes, you were just on my program.

KELLY: This is so weird.

O'REILLY: This is strange.

KELLY: I'm still sitting on your set, but now I'm interviewer and you're the interviewee.

KELLY: I may or may not give you the last word.

KELLY: This is actually a big deal, even for you, even for Mr. Bill O'Reilly it's a big deal. Are you a little nervous?

KELLY: I don't believe you. You know why? Sometimes I see you going out on Letterman. I know you, I see just a hint of nerves. So I can't even imagine interviewing the president of the United States there isn't a little.

O'REILLY: You're probably seeing indigestion, but not nerves. I can't even remember the last time I got nervous, ever. I'm just not a nervous guy.

KELLY: It's like a 100 million people are going to be watching the Super Bowl.

O'REILLY: I don't care, that is why I am not nervous. I don't care. I know what I want to do and I know the questions I'm going to ask. Not all of them. Still formulating, OK? But I know where I want to go. The difficulty is time.

KELLY: How many minutes you get?

KELLY: He doesn't want to come in here.

KELLY: President Obama. He is not going to come here in "The Factor" studios.

O'REILLY: No, no, he is not a bad guy, I think people misread him. However, my interview this time is going to be very precise. Not philosophical, alright?

KELLY: You did a little philosophy, you know --

O'REILLY: He has a five-year record, and I want to clear up a lot of things that are confusing. I will probably be able to clear up three in the time I have. But remember, there's going to be a taped interview afterward that we'll show on Monday's "Factor." But no. Nervous impedes my ability. I don't want to even think about that.

KELLY: Well, it impedes everybody's ability. But sometimes we can't help it. Like before I come on "The O'Reilly Factor" on Thursday nights, I sit in the green room... no, I don't.

O'REILLY: But you're an emotional mess, I'm a rock.

KELLY: Let me ask you this. I want to talk about the dynamics of the interview. Where does it take place, exactly?

O'REILLY: You know whatever room he wants, the red room, the green room, whatever the White House wants.

KELLY: You walk in first or he walks in first?

KELLY: After you, you're all settled.

O'REILLY: Always the lesser being walks in first, and that's me. That's me.

KELLY: Interesting, because on your show, you walk in first, I walk in second. I'm just stating it for the record.

O'REILLY: The lesser being always walks in first.

KELLY: So put down your pen, there is a power brokerage thing that happens in the hand shake.

O'REILLY: No, there's no grabbing.

O'REILLY: No, I'm not a grabber or a hugger, as you knows. I don't grab or hug. A firm hand shake, there is eye contact, and it is like a boxing match. When the two boxers go into the center of the ring, that is exactly the way it is when an alpha interviews an alpha. It is a boxing match, OK? You look at them and go, "OK the bell is going to ring," --

O'REILLY: I will interrupt the president, I did last time and I will again if I have to. But my questions are going to be so direct this time that I am hoping I don't have to do that.

KELLY: But you know he likes to start back and give you a little history.

O'REILLY: No, no, no, these questions are not going to be starting anywhere. It is going to be, "This happened" -- and I'll say what happened so the audience knows -- "What did you do?" Not, "What did you think? How did you feel?" Not any of the Barbara Walters questions.

KELLY: You know there are people writing pieces to the president about how to handle you, saying he should flatter you because you respond to flattery.

O'REILLY: I saw that. That piece was written by an avowed far left guy, who despises the fact that I'm even getting the interview.

KELLY: It is true, you like to be flattered. But who doesn't?

O'REILLY: Where did that come from? I don't think you have ever flattered me in your life.

O'REILLY: What separates me from a lot of other human beings, I really don't care about that external stuff.

KELLY: Do you want to be liked by the president?

O'REILLY: No, why would I want to be liked by the president?

KELLY: Because you meet him in person -- I don't care who you are, what your politics are, it is the president of the United States.

KELLY: All right, when can they tune in and see it exactly?

KELLY: And then Monday night on "The Factor," part 2.

O'REILLY: And then you'll see the taped interview, which is more extensive. Now, there might be a little, you know, more bloviating in there. But I think it will be fascinating, I really do, because I know what I want to ask him about.

KELLY: And the best part will be 9:00 p.m. on Monday night after Bill's interview is over, when we get to come on an analyze what you did.

O'REILLY: And you will scorch me. And there will be one question from a "Factor" viewer, and I've already selected it, and it is really a good question. I'll mention the name, too, to the president. No hints. Tomorrow night, though, on Friday's "Factor" we'll read a bunch of questions that I feel are really good, and we'll select one.

KELLY: Looking forward to it, Bill.

O'REILLY: Alright, Megyn. Thanks for having me on.

KELLY: Two alphas! I'm going to think about that every Thursday from now on when I'm on that show.