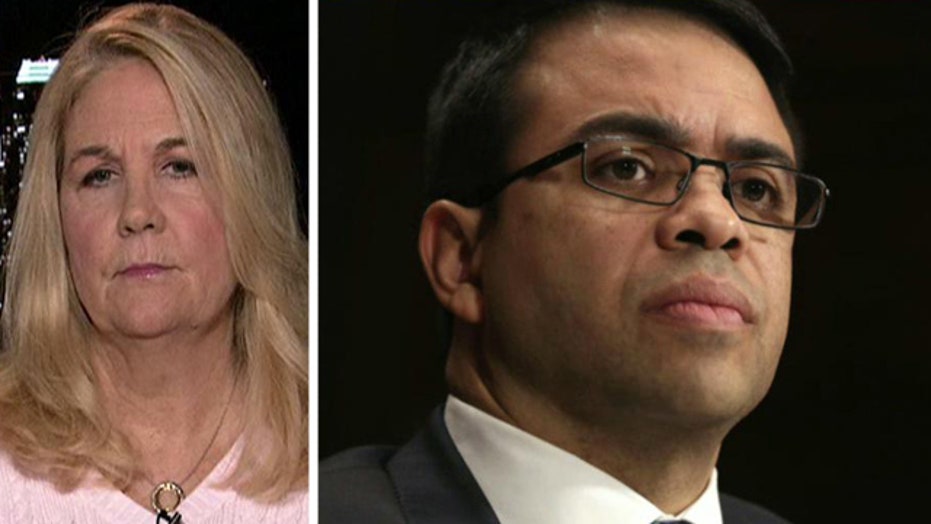 Senate to vote on man who defended cop-killer

This is a rush transcript from "The Kelly File," February 6, 2014. This copy may not be in its final form and may be updated.

KELLY: Well, it now looks like the controversial lawyer who volunteered to go to bat for a cop killer is about to get a top spot with the Department of Justice heading up the civil rights division. It was more than three decades ago when Philadelphia Officer Daniel Faulkner was shot five times by Mumia Abu-Jamal, one of those shots was in the face, as the man was standing over the dying officer who was just trying to do his job.

Abu-Jamal never denied it, but he appealed the verdict and then his death sentence...based on a technicality by the jury [sic]. And a lawyer by the name of Debo Adegbile played a big role in helping get that killer off of death row. Now Adegbile is up for a huge job at the DOJ, and it is a position that thousands of police officers around the country do not want him to have.

Despite all of that, today his nomination was approved for a vote on the Senate floor. And you know what the Democrats did with the nuclear option?

Basically, they now control whether this guy will be confirmed or not. But it is not going to happen before Mr. Faulkner's widow weighs in. That woman is Maureen Faulkner. And she joins me now. Maureen, good to see you.

KELLY: And so now that they've changed the rules, this nomination can be approved by 51 votes instead of 60 as it sort of had been in a way. That means, since the Democrats control the Senate, this man likely will go to head up the Department of Justice's civil rights division. And you have written a passionate letter talking about how you find this revolting. Explain.

MAUREEN FAULKNER, WIDOW OF OFFICER DANIEL FAULKNER: I do, I am going to do everything I can to not allow this man to become into the Department of Justice civil rights. If people go onto the Justice for Daniel Faulkner website -- please, I beg you to go on and look at the YouTube and when he was the director of litigation, the people that were under him, that he directed. Watch what they do. Not only did they defend Mumia Abu-Jamal, but they tout him. They praise him. They talk about what a wonderful man he is. It is an absolute disgrace. I will be in Washington and I will be in that Senate committee when this vote goes through, again.

KELLY: I know you're planning on going and I know you 're going to have the support of at least six major law enforcement agencies that say they, too, have been totally ignored by the administration on why they do not want this man heading up this top spot at the DOJ. You are not alone, Maureen.

KELLY: And yet you know that they say look, he is just a lawyer defending his clients. Lots of lawyers defend bad clients and they shouldn't be held to account for that.

FAULKNER: I believe that people do in the country, should have defense and they should be able to have people defend them. But in a situation like this, this man chose to particularly pick out this case. And him and his attorneys, not only defended this case but they touted this murderer on what a wonderful person he is. And how --

KELLY: Some of his underlings, not he, potentially. That's caused some controversy.

KELLY: Maureen, I am coming up against a hard break, otherwise I'd keep you over. Thank you so much for being here -- we'll continue to follow it.