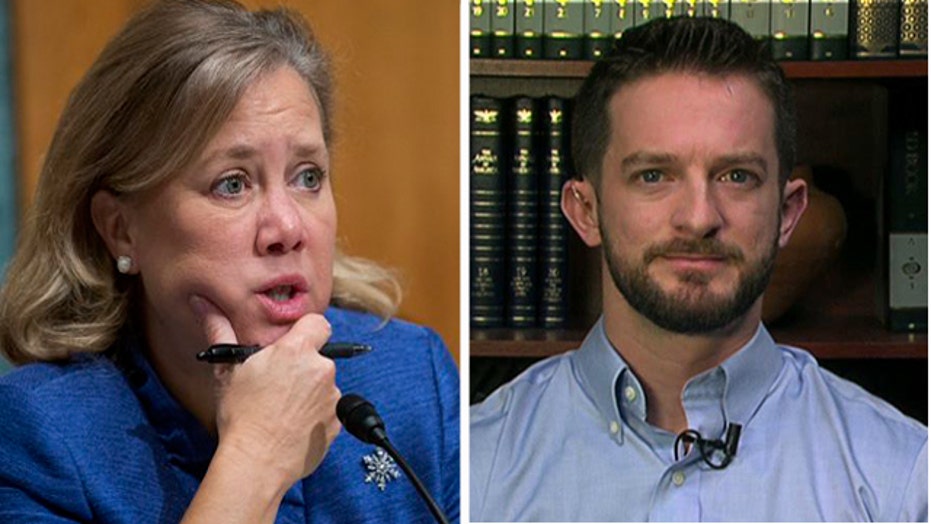 This is a rush transcript from "The Kelly File," April 23, 2014. This copy may not be in its final form and may be updated.

MEGYN KELLY, HOST: And first on "The Kelly File" tonight, a new ad released today by Americans for Prosperity features a Marine -- a Marine veteran who claims his private health insurance costs have gone way up because of ObamaCare. He urges people in Louisiana to tell their senator, Mary Landrieu, she's wrong about ObamaCare. Listen.

CHRISTOPHER SCHIFF, FEATURED IN ANTI-OBAMACARE AD: I did two tours in Iraq. Because of my service, I was able to get a health care plan that worked for me. So, I get a letter from my insurance company that said my insurance costs were going way up because of ObamaCare. And by the way, you should be happy about it.

KELLY: Chris Schiff is the Marine featured in that ad. Chris, thank you for being here with us. And so, obviously, you're not happy with ObamaCare. I know that you say your costs have gone up. Let me ask you, prior to ObamaCare, what were you paying per month in your monthly premium?

KELLY: And now under ObamaCare -- because your plan was cancelled.

SCHIFF: No, no, you get more things but you're paying for things you don't need.

KELLY: How is it not better? Have you lost any coverage that you had before?

SCHIFF: Well, I haven't lost any coverage, but there things that we're paying for that I can't possibly ever use.

KELLY: So, it's a matter of the cost, the increase in the premiums to you.

KELLY: Mary Landrieu has come out tonight and basically said that Louisiana knows better than to believe you. They say -- this is the full quote. She pins it on the Koch brothers who put this AFP ads (ph) and you are in one of them -- "Louisianans know better than to believe what they hear from the out of state billionaire Koch brothers," and she goes on to say that the Affordable Care Act does not affect tri-care or VA health care services. She's calling into question your claims.

SCHIFF: You know, I'm glad you're bringing that up. We're not saying that my veteran benefits were somehow lessened. I don't receive any type of veteran benefits. I don't qualify for tri-care, nor do I qualify for VA benefits. So, that is not even an issue. The issue is that I had a plan that I liked, that I could afford. It was cancelled because of ObamaCare and now, I have to pay more.

KELLY: What do you make of her calling into question, you know Louisianans know better than to believe what you hear in this ad? Basically, she is saying what you said.

KELLY: Why do you feel so strongly that you came out and took part in this?

SCHIFF: Well, I felt it was important to get a story, you know, of a real person. You know, we see all these stories about people that you know have maybe pre-existing ailments or sicknesses and how they are affected. But its -- I never really saw anything about a normal person, a normal working class guy like myself. And when I have the opportunity, when the opportunity came, I was like man, I just I need to do this, I need to get my story out there so that people can see real people are affected.

KELLY: Do you think the president lied to you?

SCHIFF: I think so.

KELLY: It's tough. When you're a Marine, you're in the Marines and he's your commander-in-chief and you feel that way.

KELLY: Chris, listen, thank you for your service.

KELLY: Thanks for being here.