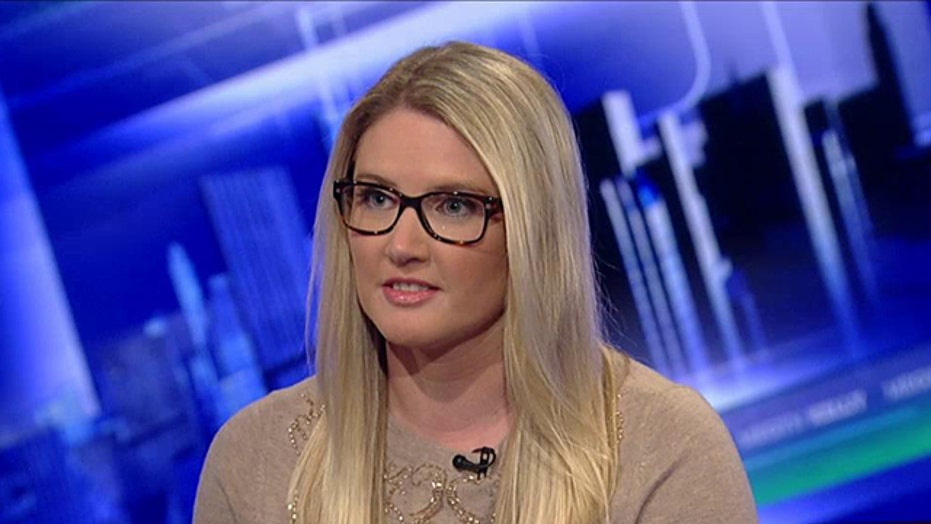 This is a rush transcript from "The Kelly File," September 25, 2014. This copy may not be in its final form and may be updated.

MEGYN KELLY, HOST: Breaking tonight, new details on a controversial cleric that President Obama mentioned in his remarks to the United Nations, turns out that this man is the same cleric who at one point called for the death of U.S. Soldiers overseas, just issued another fatwa last week condemning the terror known as ISIS. And while NPR suggests that he is known as a, quote, scholar's scholar, there are still serious questions about the president's decision to invoke this man.

After the State Department's counter terrorism bureau, recently ended up apologizing for doing the very same thing. Marie Harf is the State Department deputy spokeswoman. She's here live with me on the set. So, the State Department actually took down a tweet that they sent out touting him and his musings and saying, we should not have done that. It was wrong. We deleted it. So, how did you feel when you saw the president mention him at the United Nations speech?

MARIE HARF, STATE DEPARTMENT DEPUTY SPOKESWOMAN: Well, Megyn, thank you for having me, first of all, in set tonight. I think that what the president was saying is that we need respected voices in the Muslim world to stand up and reject ISIS' ideology. We need people who other Muslims listen to, to stand up and do that. And this cleric that you mentioned, this scholar's scholar, as you mentioned in your opening, has done that.

KELLY: Those aren't my words.

HARF: I know, but you mentioned it. He issued a fatwa against ISIS. And if we can have these leaders use their platforms in the region to reject this really hateful ideology, that will help us in our fight against ISIS.

KELLY: I mean, it's good he issued a fatwa against ISIS, but he also issued that other fatwa against us where he called for Muslims to go kill American troops back in 2004. This is a problem, Marie.

HARF: Well, I think there's some misinformation out there about some of the things he may or may not have said...

HARF: What we're judging him by is what he says very openly right now about the fact that Muslims should reject ISIS' ideology. He has said that publicly, he's rejecting the ideology of people who were trying to kill Americans.

KELLY: Be honest, has this been embarrassing for you?

HARF: Not at all.

KELLY: They're putting you in a very different position, aren't they?

HARF: Not at all.

HARF: I am perfectly happy with the decision to mention him that speech.

KELLY: Well, then why did you send out -- why did the State Department apologize for retweeting his musings?

HARF: Well, I have no idea why certain tweets are taken down or not taken down.

KELLY: You work for the State Department.

HARF: I do, I do. But what I will say is, when it comes to the president's speech, it is important to stand up in front of the world and say there are voices in the Muslim world who will stand up and say ISIS does not represent them.

HARF: If that can convince one person not to join ISIS, that's a good thing.

KELLY: All right. You handle yourself well. I apologize because they put you in a very difficult position today. It wasn't me. It was them.

Let's talk about the president's remarks and where we stand now with respect to this group ISIS. Because we have conflicting information today on whether there is some imminent threat to the homeland and whether it's from ISIS or it's from lone wolf. The Iraqi prime minister came out today and said the subway systems are basically going to get attacked. Has that been thoroughly debunked?

HARF: It has. And actually, the Iraqi prime minister himself spoke to State Department officials and to the vice president in a meeting this afternoon saying that he was not a -- saying it was direct threat to the United States, that he was answering a general question about this threat that foreign fighters could pose. He made very clear to us and we are saying publicly that we are not aware of any credible direct threat to the United States. I said earlier I would feel as comfortable taking the New York subway today as I would yesterday.

KELLY: How comfortable is that? Just out of curiosity.

KELLY: Can be sketchy at times, and you can go late in particular.

HARF: But when it comes to whether there's any sort of imminent terrorist attack, any credible threat. We don't see that. We're always vigilant, we're always watching. But we just don't see that right now.

KELLY: Let's talk about whether we had some failings to answer to in the creation and growth of ISIS. Our own James Rosen asked Secretary Kerry whether there was an intelligence failure, whether we underestimated ISIL and whether we overestimated the Iraqi troops. And John Kerry refused to go that far in an interview with James. James Clapper, the director of National Intelligence did go that far this week when he sat down with David Ignatius and said there was an intelligence failure. I can put it on the board what he said. This is a quote to The Washington Post. We underestimated ISIL and overestimated the fighting capability of the Iraqi army. So, who has it right? Director Clapper or Secretary Kerry?

HARF: I actually think that they both agree. And what the quote you just put up from Director Clapper speak very directly to the challenge when you're talking intelligence assessment from than I used to do at my former job at the CIA. When you look at the strength of a fighting force, when you look at the strength of a terrorist group, you are constantly re-evaluating that. And I do think that people did not expect the Iraqi army to melt away in the way that it did. We did not -- I think ISIL probably was actually surprised by that. We did not expect them to just disintegrate in places like we saw. That was a surprise to many people including, I think, the Iraq.

KELLY: Let's talk about that. Because that's -- I just spoke about this in my last segment that General Keane, respected man, former vice chief of staff of the army, has said that this is part of our problem over there not sending in combat troops, you know, troops on the ground --boots on the ground. Saying, that's a we can, we're trying to play with this Iraqi army, and that he says if we don't ultimately send in American combat troops, and I quote, we're going to lose.

HARF: Well, I'm not exactly sure what lose means, but what I would counter with is that the -- the ultimate solution to fighting ISIL is not American combat troops on the ground. We couldn't prevent terrorism when we had over 100,000 troops in Iraq. The ultimate answer is what we're doing, and it's taking targeted military action to really degrade the capabilities of this group, take out their leadership, take out their networks, take our their financing with these oil refineries, and  then build a force on the ground that can hold this territory long-term. The Iraqi security forces in Iraq. We know that there are pockets...

KELLY: Those are the guys who just got rounded up...

KELLY: Killed by chemical weapons. And their fellow countrymen did not save them.

HARF: We know there are still pockets of capable fighters. What we are going to do is send in American military advisors, which we've already been doing, to help them get back on their feet. We're going to send them weapons. We're going to train them.

KELLY: How are you going to advise them in a way that's going to lead to a better result than all the other advising we've been doing over these past years.

KELLY: But they put the arms down and then they run.

HARF: They're not anymore. I will say, if you look at what the Iraqi military has done in conjunction with us over the past several weeks and months now, really they've stepped up to the plate. There's a big challenge here, but we are going to standby them as we do as we fight this challenge.
And, as you know, we're also taking this fight to ISIL in Syria.

KELLY: Marie, good of you to be here tonight.