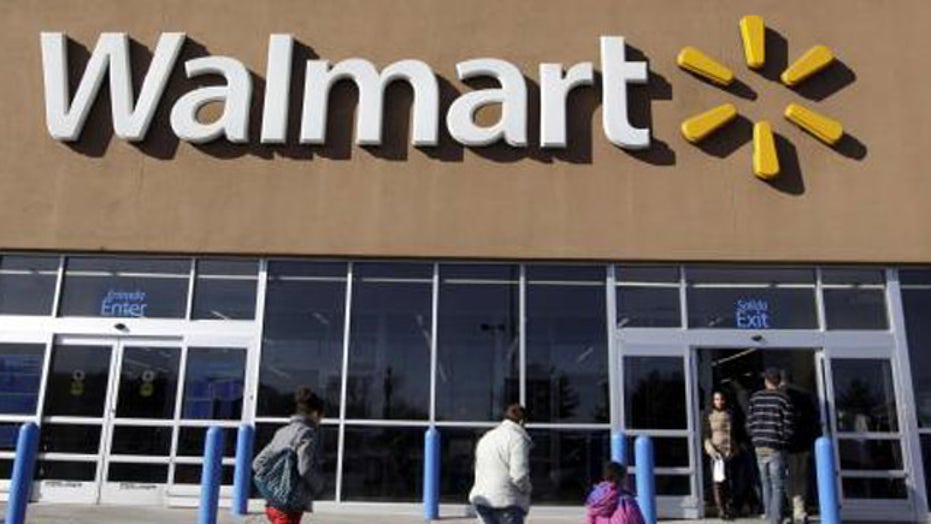 Washington in faceoff with Walmart

CONCERNS D.C.'S BATTLE WITH WALMART OVER 'LIVING WAGE' COULD HURT ALL U.S. WORKERS

GARY KALTBAUM: Let's hope this D.C. mayor gets it right and vetoes this stupidity. Walmart-one of the great business models, the cash-generating machine, creates jobs left and right, contributes to communities, an anchor for other businesses-dictating to them what they should pay people, so all of a sudden, they can't hire as many. This is a bad thing and would set a bad precedent if it gets through to the rest of the country.

BEN STEIN: [Raising salaries] would hurt [the job market] plenty. There are an awful lot of businesses that operate on a slender margin. To increase their wages by 50 percent would be quite a hit to them. I'm more concerned about the consumers. In Washington, D.C., there are a couple of thousands of Walmart employees at most, whereas there are hundreds of thousands of customers, and they get great bargains. They get great value at Walmart. Everything should be looked at from the standpoint of the consumer, and the consumer will suffer terribly if Walmart pulls out of Washington.

DAGEN MCDOWELL: Ben, you're absolutely right. It means higher prices for consumers who are struggling, who could use lower prices. It will mean fewer jobs in these communities. It is just a stunning attack on Walmart by Democrats and their union allies just going after this business because they have not been able to unionize it. And luckily, for the American people, folks love shopping at Walmart. And they love shopping at all the businesses that pop up around Walmarts. That's the one thing that's going to prevent this from going national.

CHARLIE GASPARINO: It's a tax hike on poor people. You take out the yuppies, the lobbyists who live in Washington, the elitists that work for the government, that work for the subsidiaries of government that make a lot of money, Washington's a very poor community-lots of poor people there. This is clearly a tax hike. I'm all for unions negotiating with business for higher wages. That's a negotiation. If you push too hard, guess what you've got? You've got auto unions negotiating with the automobile manufacturers, and then you get Detroit, where there are no jobs and the city goes bankrupt. This is different. This is government imposition of higher wages.

ADAM LASHINSKY: I don't think we need to glorify Walmart or attack Walmart. I don't think a spot increase in the minimum wage-it doesn't strike me as being legal or fair. I don't fault the unions for fighting back against Walmart. Walmart uses all of its power to fight unions, so it strikes me as intelligent for unions to try to fight back any way that they can.

BEN STEIN: What gives them the right to look into my bank statements, to look into my credit card statements? What gives them the right to know every single thing that I'm doing and spending money on? What gives them that right? I'm not a spy. I'm not a national security threat. How did they suddenly get the right to treat every American as suspect and treat every American as someone to study and survey? There's no reason to do this for every single American. This is just turning us into a 1984 Orwellian police state. Obviously, we have a very long way to get there, but this is a very scary idea.

GARY KALTBAUM: I think that, unless you're Ted Kaczynski, who lives in a little place in the woods, you're going to be followed everything you do. I don't know how we got to this point, but something has to be rolled back here. Everything you do everything you say-whether it's Internet, your credit cards, you name it-they're on you all for the greater good. And I've got to tell you-at this point in time, I don't trust them one bit to take my information and do good with it. And where it stops-I don't think we know one hundredth of what they're actually doing.

DAGEN MCDOWELL: I agree with that. I don't have a problem with the NSA's phone data collection. This is getting crazier. I said, after the 9/11 attacks, I would go to certain lengths to prevent another terror attack on this country. But what are they doing with this information? We're in an increasingly digital society, and we do things with our credit card information. And with our activity on the Internet, it's kind of out of sight, out of mind, unfortunately.

ADAM LASHINSKY: I'm in favor of prudent regulation. I'm against two things. One: hyperventilating over when we don't have the full facts. They are not, as I understand it, looking at every American. They're looking at a representative sample. Two: I object to something that I just did. I said "they." I hate it when we say "they." "They"-I know you mean the government. Our government. Our elected officials. The people representing us. And they are trying to help us avoid being scammed.

GARY KALTBAUM: Terrific. Don't you love a person that tells you, 'I'm not telling you how to live' and then makes you do things that you may not want to do? The bottom line is that this is what I call "government creep." They are creeping into your lives, in everything you do, where you walk, how you talk, what your hair is like, what you drink, what you eat. My big worry going forward is there's no end in sight, and you just worry about where this goes.

CHARLIE GASPARINO: He's just suggesting it, though, right? He's not forcing you. When I was at The Wall Street Journal-this is when we were downtown-there were all these stairs that led up to the main offices. The editors used to say the reporters that run up those stairs are the go-getters-the guys that really want to get the story. I think it's a good thing.

DAGEN MCDOWELL: I don't have a problem with this. I'd rather him make a suggestion than mandate something like the soda sizes in this country. But his priorities are misplaced. The roads are completely torn up. The city smells. The city hospitals-some of the ERs don't even have metal detectors in them. People are getting shot in the emergency rooms in New York City, and he's worrying about me taking the stairs.

BEN STEIN: I don't like the idea of the government telling me what to do. The government is supposed to catch the criminals, keep the roads smooth, keep the subways running, keep the kids educated-but to tell me whether or not I should take the stairs? A terrible idea. It's dangerous. I had a very close friend who was in charge of Manhattan sex crimes, and she says it's dangerous for women to take stairs. They could be raped in the stairwells of buildings. Bad idea.

ADAM LASHINSKY: We are minimizing the fact that there's a serious obesity epidemic in the United States, and Mike Bloomberg is trying to do something about it. We should be giving him a pat on the back instead of criticizing him.