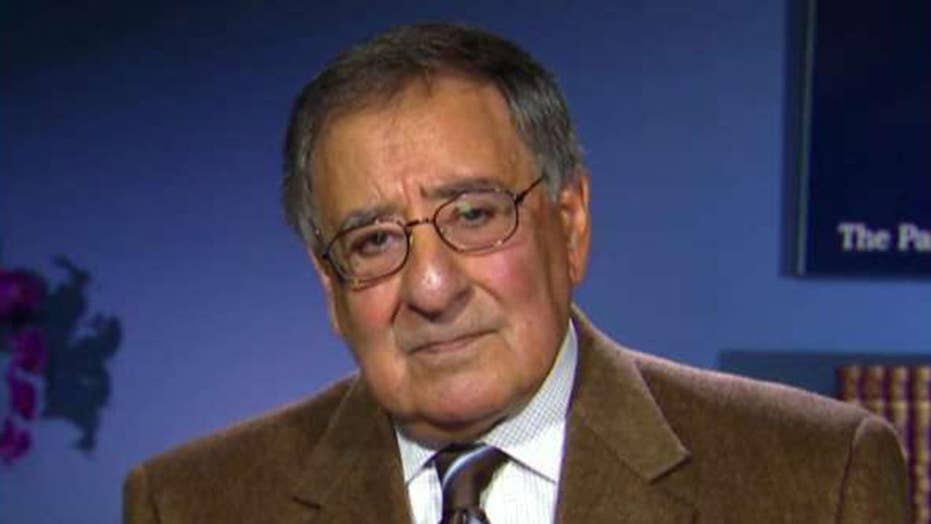 This is a rush transcript from "Your World," March 21, 2018. This copy may not be in its final form and may be updated.

NEIL CAVUTO, HOST: Man, oh, man, he's still man over Vlad, and everybody making a big production over him calling to congratulate Vlad, as in Vladimir Putin.

The president just tweeting out a little while ago: 'I called President Putin of Russia to congratulate him on his election victory. In the past, Obama called him also. The fake news media is crazed because they wanted me to excoriate him. They're wrong. Getting along with Russia and others is a good thing, not a bad thing. They can help solve problems with North Korea, Syria, Ukraine, ISIS, Iran, and even the coming arms race.'

Very good to have you, sir. Thank you for joining us.

LEON PANETTA, FORMER U.S. SECRETARY OF DEFENSE: Nice to be with you, Neil.

CAVUTO: What do you make of the president giving a congratulatory call, talking to Putin? Why is that such a bad thing?

PANETTA: Well, let me first say that I think there are problems in the White House when notes that are prepared for the president for a conversation with a foreign leader leaked. There`s something wrong.

Somebody is trying to hurt somebody.

CAVUTO: No, you're quite right about that. It's gotten John Kelly upset to how that even got out there. But you're referring to that 'don`t congratulate' the Russian president.

But it is what it is.

CAVUTO: And the president is going back to something that Barack Obama did when Vladimir Putin was elected last go-around. And no one made a big to- do of it. What do you think?

PANETTA: Well, you know, look, presidents talk to kings and emperors and tyrants, regardless of whether or not they were elected with any kind of democratic process or not.

So, I think the president has a right to talk to Putin and to obviously see if there are areas that they can agree with.

I guess my concern would be that, if you`re talking to Putin, I also think it's important to be straightforward and honest with Putin. He is somebody that you have to be very straight with. And if you try to cater to him, he will take advantage of it.

So, I would have liked the president, in addition to asking about areas where we can work together, he should also mention the fact that there are lines we're not going to let the Russians cross, such as aggression in the Ukraine or aggression in Syria or aggression against our election process or using nerve gas to kill Russians in another country.

CAVUTO: Leon, Leon, it was a very quick phone call, right? They didn't have time to do 'War and Peace' on a phone line. It was just to say, all right, congratulations. Let's -- we will set up a date to talk and all, which I think was the gist of what happened. Right?

PANETTA: Well, look, I think the problem I see, Neil, is that Putin has read a message of weakness in the United States for a long time.

And he takes advantage of weakness. That's his nature. And so, even if you're having a conversation, I also think it's important to say, look, there are some areas we have concerns with you about. We will talk about this when we get together. But I want to make clear that there are areas where the United States doesn't agree with what Russia is doing.

That point needs to be made.

CAVUTO: Yes, you might be right about that. And I`m not here to play political back and forth.

But there's clear indications that Vladimir Putin read weakness into your old boss Barack Obama when he just marched into the Ukraine and just had his way and continued, spiting all the fury that was raised, led by Barack Obama, in the international community.

PANETTA: No, look, I think Putin has read weakness into the posture of the United States for too long.

And I think the result is that he thinks he can get away with anything he wants to do. And if the president is going to try to operate with strength, he's going to have to be very straightforward with Putin, and tell him where the lines are that cannot be crossed when it comes to the United States.

Somebody has got to make that clear to Putin. And if this president doesn't do it, make no mistake about it, Putin will take advantage of it.

CAVUTO: Let me switch gears a little bit, Director, if you don't mind.

One of your predecessors -- I`m talking about former CIA Director John Brennan -- recently tweeted: 'When the full extent of your venality, moral turpitude, and political corruption becomes known, you will take your rightful place as a disgraced demagogue in the dustbin of history' -- saying this about President Trump.

'You may scapegoat Andy McCabe, but you will not destroy America. America will triumph over you.'

But I just think the tone of conversation these days is taking us into a spiral in which, you know, the problem is, if we can't talk with one another about the concerns that we have and the issues we're dealing with, and we're going to engage in name-calling both ways, I just think that's dangerous for our democracy.

CAVUTO: Do you think that the tone in Washington, particularly when it comes to the Mueller investigation and everything else, the president is now quoting him by name when he attacks this investigation -- and you know, having worked with Bill Clinton and others, that investigations take on a course and a distorted, morphed course of their own.

Ken Starr comes to mind. And this president seems to be saying this one too, and I'm getting frustrated by it.

He says -- and the indications from the White House -- that he's not going to be firing or removing Mueller, but what do you think of his basic point, that this is out of control?

He's trying to complete the investigation into this issue. It would be far better if the president would stand back and let him do his job.

When the president engages, it creates some real problems in terms of the rule of law. And I think he's better off, much better off, if he would just stand back, let Mueller do his work. And, in the end, Mueller will find the truth.

I mean, that`s -- that's the problem here, Neil. In the end, if the president tries to do something with Mueller or tries to undermine that investigation, the fact is, whatever he does, the truth is going to come out one way or another.

CAVUTO: The reason why I mention it...

CAVUTO: But if the president is paranoid, sometimes, he would have a reason to.

Now, they were hiding it very well prior. So, does the president have a legitimate beef in your mind, politics notwithstanding, that there's a lot of people there who harbored views that were not exactly pro-Trump?

And now it's all coming to fruition and people are hearing it, it's coming up in memos and emails and text exchanges, that, for whatever reason, they were not big fans, and yet, at the time they were mentioning this, they were key players.

And now they're sort of showing their true colors.

PANETTA: Neil, you want to destroy yourself in Washington, get wrapped up in paranoia.

You know, I have seen it happen on the Democratic side.

PANETTA: And I have seen it happen on the Republican side.

CAVUTO: Well, you're right about that.

Thank you very, very much.

PANETTA: Yes. No, no, if you get -- if you start seeing shadows all over the place, you're going to wind up chasing your own tail into a ditch.

So, it's better to let things work their way through, as they should.

CAVUTO: Well, I don't know, because my Italian dad used to say, Neil, sometimes, it's a good thing to be paranoid, because people really are out to get you.

PANETTA: You know, my Italian father said the same thing.

CAVUTO: Yes, but only in Italian.

All right, thank you very, very much.