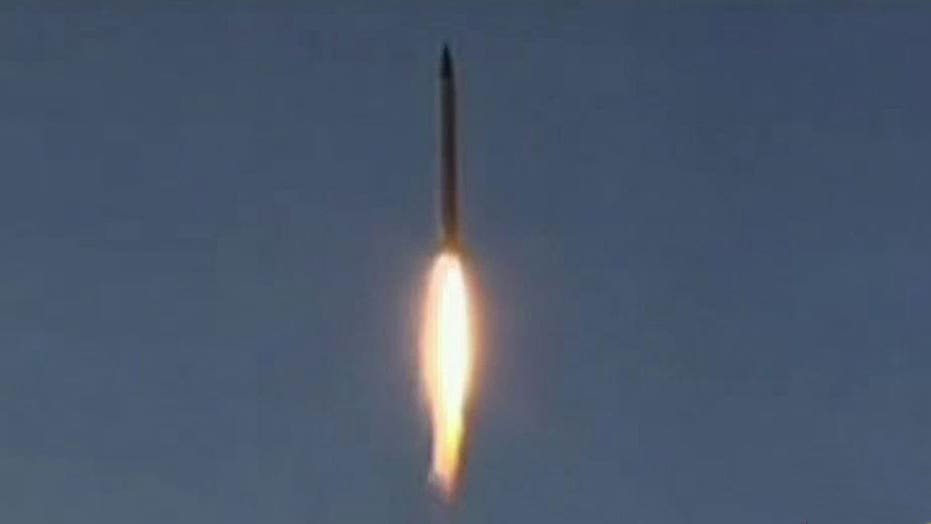 This is a rush transcript from "Your World," October 16, 2015. This copy may not be in its final form and may be updated.

NEIL CAVUTO, HOST:  All right, the one thing I love about having K.T. McFarland on is, she says stuff and then other stuff happens.  So, she did warn you about this.  The prospect of playing fast and loose with Iran on nuclear capabilities leads others to want in, too.

Congressman Ed Royce will be joining us on Monday, by the way, and said that the UAE wants the same sort of, well, nuclear ambitions.

Now, K.T., what you do for one, you have to start doing for all.  We learn that with kids.

CAVUTO:  But, boy, these aren`t kids.  These are kids with some powerful stuff, huh?

K.T. MCFARLAND, FORMER U.S. DEPUTY ASSISTANT SECRETARY OF DEFENSE:  Yes, and these are kids that shouldn`t even be allowed to play with matches. And now they`re going to all be playing with nuclear weapons.

You know, all along, it was never what Obama said about the Iran deal or what the Europeans said or what the mainstream media said.  I was always far more concerned were -- with, what do the countries in the region think of it?  Were they buying into it?  Did they think it meant that Iran was going to stop its nuclear program?

And now we`re seeing the predictable results.  They`re not buying it.  They think Iran is getting a nuclear weapon, is getting nuclear capabilities. They`re particularly worried that Iran now has a lot of extra money, $100 billion, to use for whatever it wants.

And so I think you`re seeing the first steps now of a nuclear arms race in the Middle East.

CAVUTO:  You know this region so well, K.T.  But I always think, cynically, that a lot of them already have that capability; they`re just not saying it.

MCFARLAND:  Well, we think the Israelis do.  I think a lot of those countries -- some of the countries in the region have probably already paid for somebody`s nuclear program, particularly Pakistan.

It`s always -- it`s long been thought that the Saudis paid for the Pakistan nuclear program and that they probably have access to Pakistan`s nuclear weapons any time they want.

For the first time, you then have people who do want to use those weapons, who are suicidal.

CAVUTO:  You always wonder too what happens if they end up in the wrong hands within the country.  In other words, they...

CAVUTO:  They pay somebody on the side to get it, and someone has a dirty nuke or something like that, and then those countries can absolve themselves of responsibility because it would be hard to trace.

CAVUTO:  So, we should be -- God forbid something like that, oh, we`re going to bomb Tehran, but we can`t quite prove it`s Iran.  You know what I mean?

No, there would be no return address on that weapon there, that -- particularly a dirty nuke, a dirty bomb.

CAVUTO:  Now, is your biggest worry that -- that ISIS gets something like this?

Well, why?  Because I think they would use them.

MCFARLAND:  Here`s the problem with ISIS and the radical Shiites, radical Sunnis.  They think that they have been chosen by the divine being.  They think Allah has designated them to encourage and to usher in the end times.

Now, we can laugh at that, and we can say, well, that`s so silly, that`s crazy.  They think it.  And if people like that get their hands on nuclear weapons, then I think somebody uses one.

MCFARLAND:  It is scary.