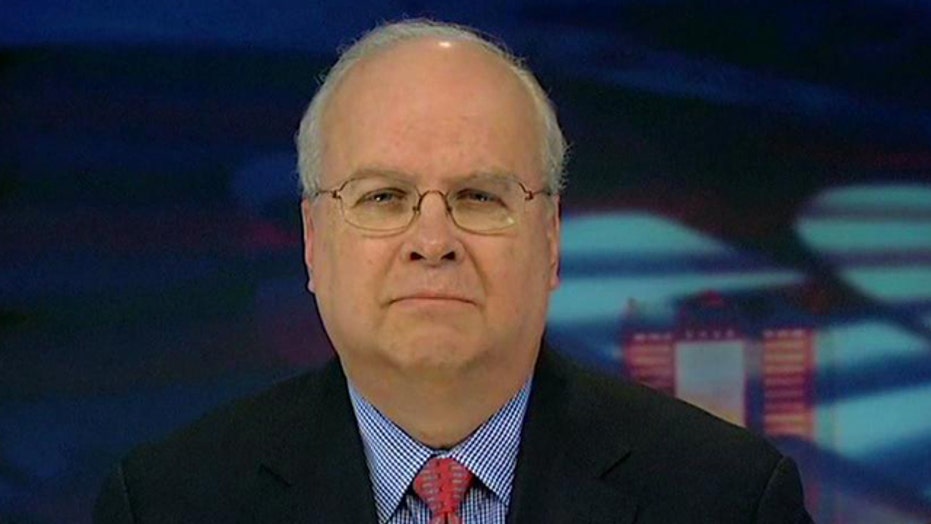 How the midterms may play out amid health law troubles

This is a rush transcript from "Hannity," March 31, 2014. This copy may not be in its final form and may be updated.

SEAN HANNITY, HOST: I want to remind everybody, too, that the website went down not only once but twice today. That's something they said wouldn't, in fact, happen.

PRESIDENT BARACK OBAMA, AUG. 11, 2009: If you like your plan, you can keep your health care plan.

HANNITY: Oh, if you like your plan you can keep your health care plan, period. Well, there's over 7 million people as of this moment, and every day, every week, every month, more people are getting that cancellation letter.

We go back to the "Hannity" big board. You like your doctor, you can keep your doctor. That's another broken promise that Jay Carney didn't mention when he spoke out today. Can you really keep your doctor? A lot of people losing the doctors they love.

OBAMA, JUNE 15, 2009: No matter how we reform health care, we will keep this promise to the American people. If you like your doctor, you will be able to keep your doctor, period.

HANNITY: OK, they said they were delivering on promises. That's what Jay Carney said. OK, you can't keep your plan, you can't keep your doctor. Oh, and the president repeatedly promised that the average family would save $2,500 per family each year. That, too, is not coming true as people are experiencing rate shock all around the country. Do you remember the promise, the promise the president made on this?

HANNITY: All right, so you can't keep your plan, you're not keeping your doctor, and you're not saving $2,500 per family per year. Now let's go back to the big board. Here we have other ObamaCare problem. We got, of course, 37 major delays and fixes. Many would argue whether or not it's constitutional or not. Remember, the whole idea of a tipping point was brought up by Jonathan Turley, who is a constitutional attorney at George Washington University.

Now, we also have spent -- remember, the year is 2014. Could you imagine $677 million to build the website, and then they had three-and-a- half years to build it. All of that money, the year is 2014, and they still can't give us the number how many of all the people they claim signed up actually even paid for their health care. In other words, how many real people are there?

Now, I've been contending from the beginning this is a Ponzi scheme and that they expect the young and the healthy to be paying premiums and be paying for the sick, the elderly and the uninsured.

All right, joining me now is the architect, Fox News contributor Karl Rove is with us. All right, let's go through the problems, starting at the very basic, Jay Carney talking about delivering promises. I went through the broken promises. Karl Rove, how big a political liability is this going to be?

KARL ROVE, FMR. BUSH SR. ADVISER, FOX CONTRIBUTOR: It's going to be a big one because I can't think of a single significant promise or pledge made about the Affordable Care Act that has been kept by this administration. You talked about a bunch of them, but there are a lot more.

Nobody under -- who makes less than $250,000 a year is going to be -- pay more in taxes. You know, you're -- we're going to have universal coverage, which you alluded to. Your premiums are going to go down. Your deductibles are up. In addition to premiums being up, deductibles are up. There's not a single promise they've made about this that is turning out to be accurate. Not going to add a dime to the deficit -- it's going to add an enormous amount of money to the deficit!

So you know, this is -- people look at the administration and hear Jay Carney say the idiotic things like he said today, and they think that he is disconnected from reality. You know, we run across it every single day. I was today in Dallas with some small business people who are up in arms about the Affordable Care Act.

ROVE: You know, everywhere I go, somebody comes up to me in an airport or in a shopping mall or on the street and says, Let me tell you my ObamaCare horror story about how my premiums are higher, my deductible is higher, how I can't see my doctor.

HANNITY: Let's look at how this is impacting the 2014 races here. I would contend, and I think you agree with this, too, and most people out there in the political world would argue that there are three specific states, starting in West Virginia, South Dakota, Montana, where it's believed the Democrats have kind of almost pulled out and given up on those three seats. Your analysis of those three.

ROVE: Yes, look, those are three Democratic seats where the incumbent has pulled the ripcord. There are states that Romney carried, McCain carried by double digits, and the Democrats said, you know, I'm not going to go through another tough race. Republicans have excellent candidates in all three. They lead in the public polls by double digits in all three, and they have big cash on hand advantages. The Republicans are likely to take those as long as they don't give up, as long as they don't take it for granted and as long as they keep working hard.

HANNITY: All right, let's look at four states where conventional wisdom tells us that the Republicans have a very good chance of winning. We start in the great state of Alaska, and that would be Mark Begich's seat, then of course, Arkansas, Mark Pryor, Mary Landrieu in Louisiana, and then we got Kay Hagan in North Carolina. You like the candidates that -- so far -- go ahead.

ROVE: Yes. In all four, we have an excellent shot of taking these (ph). They're going to be tougher than the other three that we just talked about. They're still red states. They range from North Carolina, where it was a two-point victory, all the way up to Arkansas, where it was a 20- something-odd-point victory for Mitt Romney.

But the Democrats are going to be tough in these states. We've got very high quality candidates. We have two primaries yet to go in Alaska and North Carolina. And then we have this weird election structure in North Carolina, where all the Republican and Democratic candidates run on one ballot in November, and if nobody gets 50 percent, they go into a runoff in December. That's likely to be settled in December. But I think the Republicans are poised to take three or four of these four races.

HANNITY: All right, let me go through the last two maps we have quickly. There are three states, blue states, where you believe it's very competitive. If we go, for example, Colorado, one of them Michigan, and of course, New Hampshire up here. You believe those three -- and then we've got, if you will, call it a conservative wish list, or these other states. That would include Minnesota, where Al Franken is up for re-election, Iowa, Oregon and Virginia, purple state definitely, indeed, there. Talk about those and what you think the odds are that those could change hands.

ROVE: Yes, look, the first three are states where we sort of know who the Republican is going to be -- Terri Lynn Land in Michigan, who leads in the polls, Scott Brown in New Hampshire, Cory Gardner in Colorado. These are all very competitive races, poll, for example, in one poll showing Scott Brown slightly behind, another one showing him slightly ahead in the state, a poll -- the only poll in Colorado showing Cory Gardner two points behind, got in the race less than 10 days ago. I think these races are going to be very competitive.

And remember, in 2010, Republicans took six seats in the House. Four of the six were in blue states, states that Barack Obama had carried in 2008 -- Wisconsin, Illinois, Indiana and Pennsylvania. And two states were in red states that Obama had lost, North Dakota and Arkansas. So the Republicans have some good opportunities. These are the three that are mostly to gel.

The other four states that you talked about all depend upon the outcome of the Republican convention or primary. They are good candidates in each one of these states. The primaries or conventions are some number of months off, all the way up until August in one instance. And so it depends who comes through that process. But those four -- some or all of those four could come into play, depending on who wins the convention or primary.

HANNITY: All right, Karl. It's the election season. Glad you're here. Great analysis tonight. Appreciate you being with us.