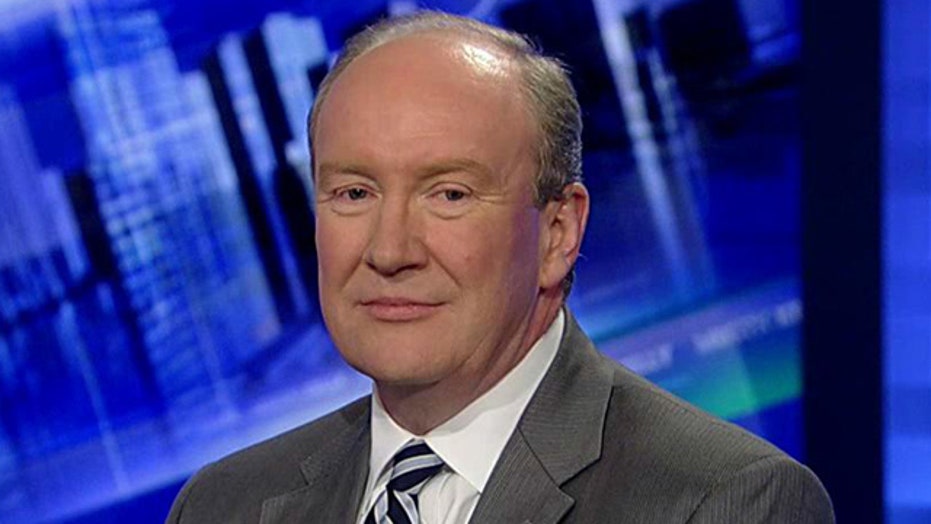 This is a rush transcript from "The Kelly File," November 18, 2013. This copy may not be in its final form and may be updated.

MEGYN KELLY, HOST: Andrew McCarthy is a contributing editor at National Review and a former federal prosecutor. And he posted a link to this brief in his column. And it's all here, black and white, what his DOJ was doing.

ANDREW MCCARTHY, NATIONAL REVIEW CONTRIBUTING EDITOR: Yes. Absolutely. Look, this is part of the fraud. This has been fraudulent from the beginning. This provision itself, the grandfather provision, it's just the dog and pony show from the beginning. It's to say that they had a grandfather provision. It was drafted about as hourly as you can draft it. In fact, the Republicans actually in 2010 tried to turn it into a meaningful safe harbor. And they were voted down by every Democrat.

KELLY: Every single one.

MCCARTHY: Including the ones who are now out there crusading that you should get your health care back.

KELLY: Even though it was, specifically put in front of them and said, but the president hasn't been truthful because if you look at these regulations there really is no meaningful grandfathering.

KELLY: And they said, naysayers. OK. But put that to this, because this brief is significant.

KELLY: This is the administration in a dogfight the about ObamaCare.

MCCARTHY: Yes. And who's the client, by the way? You mentioned the Justice Department. That's right. The defendant in this case is Kathleen Sebelius's Department of Health and Human Services, the agency or the department that actually administers ObamaCare.

KELLY: And the contraceptions and so on that religious groups are not going to provide to their employees.

KELLY: And so the administration in this case goes in and tells the court. I mean, tell us, take the legalese out of it. And tell us, that full screen we had on the board up there, what does it actually say?

KELLY: And they're not just -- the shocking thing about this is, they're not just saying, and it's only those on the individual market judge. I mean, this is in writing saying, it is most group health plans.

KELLY: Yes. We know about that piece in the federal register, we talked about that a while back. Because it was shocking when we first saw it about the estimates from the administration on how many people are going to lose their policies, or have them changed significantly under ObamaCare. But what we have now is the Department of Justice running into court and touting it. Today, present day. Because that regulation was 2010 right after ObamaCare was passed. This is present day, them going into court and saying, trust this judge. The majority of people who have group health plans are going to be canceled.

KELLY: What does that mean? What does canceled mean in the group health care context. It doesn't necessarily mean the same for people who have employer-based insurance as it does for those in the individual market.

MCCARTHY: Yes, the word they used is transition. They don't say cancel. They do say, lose your coverage which means that you won't have the same coverage that you have now.

KELLY: Like, we're not breaking up. We are just transitioning into new relationships that have nothing else to do with one another.

MCCARTHY: Now you're hurting me here. But that's exactly right. I mean, basically they are taking you from what you have now to something else that they prescribe which you would never get on your own if you had your own choice.

KELLY: Right. And it speaks not only to the individual market but in particular to small businesses and group health care.

KELLY: And the president was out last week saying that it was sincerely he'll belief, it was sincere but it was accurate. Query then why the people of the Justice Department just put this in writing.