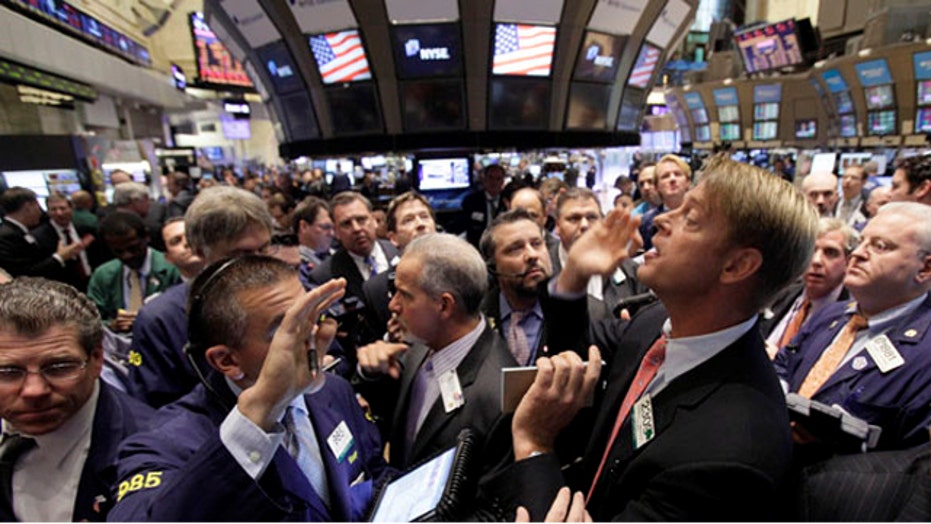 Is this the end of the recovery?

GARY B. SMITH: Completely wrong time. Here's the problem, government telling business what to do is like me telling Peyton Manning how to be a great quarterback on Sunday. It's just apples to oranges. Look, I don't think there's anyone in government who has the feel for how businesses work, what a bottom line is, how to improve efficiency. We always raise the example of Silandra as a bad example of government failure. There's about a dozen other companies, if not more. There's Abound Solar, we lost $790 million. Range fuels, $162 million. The Chevy Volt, for example, has not budged an inch on year-to-year sales from 2012 to 2013. So for government, Brenda, to tell business what to do, it's insane.

DAVID MERCER: They certainly do and they have a history of doing so. Raises to the minimum wage have been passed several times, but the last time was in 2009 under George Bush, and it's about high time those wages were increased. If you want to do business with the government, then you need to pay a decent wage and not a wage that needs to be subsidized by the government, I might add, with food stamps as we've seen with Walmart and other companies that are paying below the minimum wage. To add to that, 76 percent of the American public wants to see an increase in the minimum wage. Nineteen states have a minimum wage above the federal minimum wage now, and you have 13 others pursuing the same and it just happens New Jersey actually putting in to adjust for inflation in New Jersey, in the constitution. It's about time we raised the minimum wage.

JOHN LAYFIELD: Not with these guys, good Lord, they can't build a website despite spending half a billion dollars. Everybody goes after Wal-Mart. I don't want to go after Wal-Mart, but they pay a lot more than your minimum wage. The one thing that David is right about is this needs to be taken out of government hands. I mean, how does president Obama decide it's $10? Last year he said it was $9. Why not make it $15? Why not make it $50? This is insane. The average person who has a minimum wage worker in their house, that household brings in just over $53,000. There is not a correlation of more percentages of people working for minimum wage than any other part of the economic spectrum as far as poverty is concerned. So, you're not addressing poverty with minimum wage. Take this out of government's hands, link it to something like inflation and a basket of wages, then you don't have a political tool like President Obama is using.

JONAS MAX FERRIS: That's a tough call. I would say, at least we're not in a recession, because you wouldn't want to raise wages in a recession because you need low wages to suck up the labor force. We already know the government regulates safety and environmental roles because a company might still garbage if a river if there wasn't a rule against it. That's not the government telling them how to run the business or put a website for the business, that would be a mistake. The question is, do wages fall into this area? Is there an element of greater good? Does it cost the society more when Target or somebody pays a lower wage because food stamp costs go up, to go along with David Mercer's point? Education costs go up for taxpayers. Prison costs go up for taxpayers. Is it cheaper to actually make the company pay? It's an experiment. I'd like for the see what would happen if we had a higher minimum wage rule for a few years, see what would happen to other costs of government. Maybe there is a balance. I'm not sure it's there. I know it's there for the environmental roles.

wage, you lose jobs at the end of the day. That means people are not bringing any money home or adding anything to society. They're going back on the government dole. Therefore, we got welfare and food stamps, it's going higher and higher by the second. More and more people on it, why? Because they're getting priced out of heck - the minimum wage. You can't have a mom and pop pizza place in need of a dishwasher when you keep raising minimum wage, because you know what they're going to say, 'heck, we will watch them ourselves.' That does not help the economy.

JOHN LAYFIELD: Of course it does. These guys being in charge of anything scares me. Look, there is no business experience at all. They couldn't run Tracy's pizza parlor. No, they're trying to set up this massive health care system. They outsource the website to a Montreal company. Then, they send it to a Dublin-based company. I guess there's no software engineers in America. Now they have criminals allegedly working for them. There is no quality control. There is nothing put in place. They rushed this thing through and we are seeing what happens when the ideologues don't know anything about business do something.

JONAS MAX FERRIS: Exactly right this country incarcerates too many people at a great cost to taxpayers. It's mostly a state issue. But I will say, who else is going to hire these ex-cons? Private companies aren't forced to. They can look at their background records. Your bankruptcy filing is off your record after a certain amount of years, but these people never can get jobs? Isn't the prison supposed to be the punishment, not you can't get a job the rest of your life because you were in prison? So, who else is going to hire them? I say it's better than putting them in prison, which costs taxpayers 10 times more. They're hiring them for a low-paid job. Also, is this the best way to get our data? If you were an ex-con, wouldn't you buy it from Target hackers? Why would you go get a low paying job at a Wal-Mart?

GARY B. SMITH: Exactly Brenda, you might as well run a list on Craigslist saying, free government money. I'll give you an anecdote. In 2007, a Medicare task force investigated 1,600 random businesses associated with Medicare in Florida. They found that nearly 500 of them didn't even exist. Yet those same 500 companies billed the government almost $250 million. Look Brenda, you have Nigerian and Russian mobs involved now in Medicare. You have a New York crime family that moved to Florida because of Medicare. Any time the government runs something this massive, whether Social Security, Medicaid, Medicare, it's basically like I said, it's free money. It attracts the criminal element because the government is like a sieve with our money.

DAVID MERCER: We're all concerned about our private data being compromised, as we just saw recently with Target. It can happen in the private sector as well as the public sector and I do think they have measures where there's background checks, excluded party lists, which the government maintains for anyone who is not in good standing with the government to do business with the government. We hope that with this information that we're now talking about, as well as further monitoring, that we won't have the compromised data and we can go on to doing more than 300 million people enrolled in the Affordable Care Act.

TRACY BYRNES: This is so much bigger, Brenda. First of all, who made the colossal decision to put Richard Simmons in red tights, thinking he could sell anything? I love him with all my heart and soul, but who made that decision? Second of all, Kathleen Sebelius herself said that, 'Um, you're right. Maybe we should have done a little more background checks on these people.' And third, I get the notion that we should give convicted felons a second shot in life, but then promote it and say, 'Hey, this is what we're doing.' That's not what happened. This is a big fat 'oops' and all it does is lead to more skepticism about ObamaCare and what other 'oops' are going to show up down the line.

JOHN LAYFIELD: Look, I have no problem with people who have served their time getting a job as Jonas says. But why do you have to put them in front of people who haven't committed a crime? This is nuts to me, especially when you're putting someone in charge of data that they can breach and use for some type of nefarious means? It's the reason you do background checks on people. If a person has a problem he did in the past with some type of money, you don't put him in charge of your company's cash register. It's that simple. There is no quality control.

GARY B. SMITH: We talked about this a few weeks ago with the Amazon thing. They were going to go to urban areas and there was all sorts of sorts of security issues, but this is a company delivering beer over a frozen lake. If anyone deserves beer like that, it's those frozen fishermen. I feel badly for those guys, get the government out of the frozen beer industry and let the market roll.

JOHN LAYFIELD: Yes, you're flying beer to fisherman. That's a humanitarian crisis. Do you really want drunk fisherman driving across a lake to get a beer? What's the drone going to crash into? Another pipe. Good Lord, This is ridiculous. Fly them the beer, nachos, everything.

DAVID MERCER: I love the idea. I can't see from a practical standpoint the cost benefit analysis of a six pack of beer paying $300 delivered by a drone.

TRACY BYRNES: I mean, forget the ice. You put a bottle of Pinot Noir in there, I'll pay you anything to come to my front door.

JONAS MAX FERRIS: It's technology, it's going to get cheaper. If the government doesn't crack down on it now, it's not going to cost a lot of money to do this and they're going to be delivering all kinds of junk through drones, just like Jeff Bezos and Amazon wanted to do before. I said it before, the clouds are going to be black. These sportsmen who are out drunk fishing don't need liquor delivered to them in noisy helicopters.