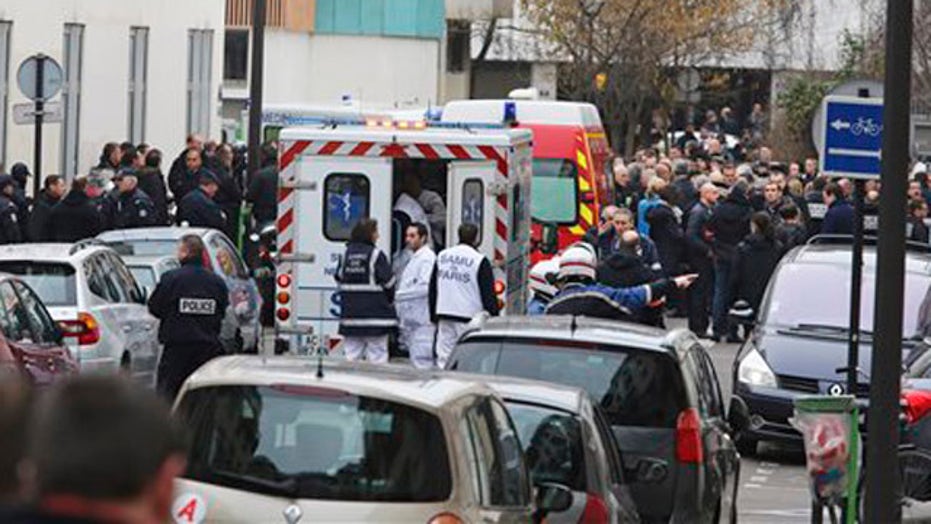 Is this it for Islam?

O'REILLY: "Unresolved Problem" segment tonight. The backlash from the terror attacks in Paris. And it is, in my opinion, critical mass has been reached. And the world will now turn against Islam in a variety of different ways. As always, I could be wrong.

Joining us now from Phoenix, Arizona Dr. Zuhdi Jasser, the president of the American Islamic Foreign for Democracy. So, you are a good guy, all right? I like you. You have been on this program. You are honest. You are clear-thinking. You are an American patriot. You do good things because you are a doctor and because you are an honest man.

O'REILLY: I think you are going to pay a personal price. I think people have had enough with the Muslims. I'm getting letters all over the place. It's wrong. It's muddled thinking but I think it's going to happen, Doc.

JASSER: Well, Bill, you know, it takes sometimes some tough medicine for us to wake up. And I have been taking this risk, many Muslims do. And ultimately short of the violence, I pray there is no violence against Muslims, but we need urgency. We need fire under our feet. We have been given a pass. There has been denial. And ultimately the best thing that can happen to Muslims in Islam is to defeat Islamism. To defeat not only ISIS but all Islamic states. The pool that's creating these radicals, right now the war so-called against terrorism is a whack-a-mole because it's being created the product is coming out of a much bigger problem which a large political movement where the Islamists believe their states are better than secular states. I as a former naval officer, Bill, would die for America, would die for liberty. The jihadists would die for the Islamic State. That's how we need to figure out who the good guys are.

O'REILLY: All right. But here is the problem. We have the president of Egypt and we have the president of Bahrain. Both coming out and saying, you know, we are going to get the jihadists. We have the king of Jordan. He is a Muslim. He is going to get the jihadists, too. So that's three. But then you have the kingdom of Saudi Arabia, our big ally. They let the Wahhabis run wild. You got Pakistan, we have already discussed it. Disgusting country. Revolting country, imprisoning the man who got Bin Laden for us. Turkey. Turkey, all right? Won't even give us the support. They didn't even have to do anything. Just let us land our planes so we can get ISIS, no. You see now, this is a soft that people are not going to make the differential, they're going to go Muslims we don't want to hear about them anymore. And Europe, we see them all the thousands of people, it's anti-Muslim demonstrations, not anti-jihadists.

JASSER: Well, because the lens that we're looking at is been wrong. Remember, all those countries you listed are still part of the organization of Islamic cooperation. They still did not sign the U.N. declaration of human rights. They signed the Cairo one based on Sharia law. To this date during the cold war, Bill, we he had hundreds of researchers studying in the Pentagon, State Department. Soviet war theory. Communist war theory. Today we won't study Sharia, Islamic law is not being discussed as the instrument of political Islam. While some of these dictators may be better than others. What you are not hearing from the LCC's of the world, yes, we're getting upset with the populist Islamist but as dictator Islamist, they still feed from the same pool. What they are not seeing is countering liberty. Is building liberty, freedom, democracy.

O'REILLY: They don't believe in it.

JASSER: Well, they don't, exactly. What brought America was the defeat of theocracy of the Tom Payne, the Thomas Jefferson.

O'REILLY: But they don't believe, the leaders in most of these Muslim nations do not believe in freedom. They don't believe that the masses have the education for it. We're not going to change that but we have to get them to fight the jihad. Doctor, we appreciate your point of view as always. You might want to check out the doctor's book called the battle for the soul of Islam. Very interesting read.