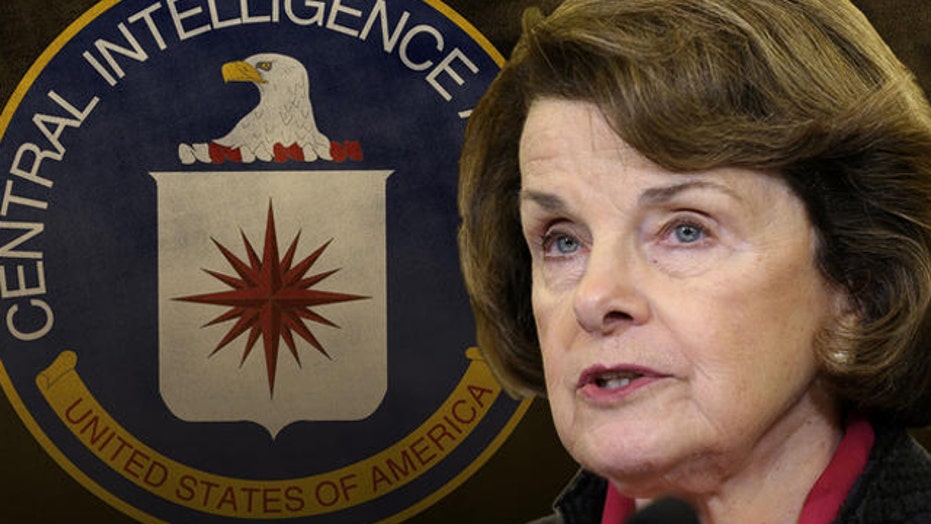 Is the US intelligence community undermining US security?

The National Journal's Ron Fournier on impact of Sen. Dianne Feinstein's bombshell accusation against the CIA

This is a rush transcript from "The Kelly File," March 12, 2014. This copy may not be in its final form and may be updated.

MEGYN KELLY, HOST: A powerful Democratic senator is accusing the Obama administration of violating the Constitution and undermining the separation of powers. Our next guest says this is part of a disturbing pattern described in a column that he wrote yesterday as follows. Quote, "They spied on you and lied about it. Now they may have spied on Congress. Wittingly or not for legitimate reasons or not, the actions of the intelligence community and the White House have compromised national security."

Ron Fournier is the senior political columnist for the National Journal with me now. Ron, what exactly did the CIA do that Senator Feinstein -- a Democrat -- and you are so upset over?

RON FOURNIER, NATIONAL JOURNAL SENIOR POLITICAL COLUMNIST: Well, it's two separate things, let's do the senator first. What we have here is, the president of the United States in the middle of what could be a full-blown constitutional crisis with the executive branch accused of intimidating and spying on Congress, and Congress accused of stealing documents from the CIA. And that is not a pretty place for the president of the United States to be in the middle of that kind of cat fight.

KELLY: It is getting ugly. Feinstein, Ms. Feinstein came out yesterday and said exactly as you suggest, that this is a defining moment for Congress' role in overseeing the nation's Intel agencies. She suggested the CIA secretly remove documents, searched computers that were being used by the oversight committee, attempted to intimidate congressional investigators and on it goes.

You say in your column, what this comes down to is, we, the American people, are being lied to repeatedly by those who answer to us.

FOURNIER: Right. That's the problem I have. Look, obviously we have some severe national security threats out there and some dangerous people who want to kill us. We have to give our national security apparatus and our intelligence community the leash they need to protect us. But we can only do that if we can trust them and we can only trust them if they don't lie to us. And, you know, we had the very obvious example with Clapper when he told the Senate that there had been no (INAUDIBLE) done, and there had been.

FOURNIER: Yes, you either lie or you don't.

KELLY: It was a lie. I mean, it was a flat-out lie, and there's no accountability for it.

FOURNIER: Exactly. That is why I don't buy the adjective.

And now you have Brennan, the director of the CIA today saying, what we're accused of doing, it's something we wouldn't do. Well, saying that something you wouldn't do isn't the same as saying you haven't done it.

KELLY: Spy on Congress, and steal Congressional documents and so on.

KELLY: But the American people, a lot of them don't seem to care about this issue. It is like, look, the CIA has to do what it has to do to keep us safe. I know a lot of people do care. But a lot don't. And they seem to be ignoring the story, saying, they have to do what they have to do. We haven't had any, you know, significant attacks from the homeland since 9/11. And so you know, if they're going to spy on me, they're going to spy on Congress, so be it.

FOURNIER: I can understand that view. I certainly want the CIA to do what it has to do. And I really respect the men and women who work there. But we have to have a check and balance in this country. Because you know, we can't have the balance between our civil liberties and our national security tipped off balance.

And the real irony here is you have Diane Feinstein -- who I give her credit for standing up the other day. But, you know, what this in effect is the lap dog finally bearing its teeth. Congress has not been a credible oversight of the CIA.

The one reason is, they have not been able to keep the CIA secrets that have to be kept secret secret. They leak live a sieve, the CIA doesn't trust them, and I can understand why, and the NCA doesn't trust Congress and I can understand why. And also Congress has not been very aggressive, including Senator Feinstein, has not been very aggressive in really putting some tough oversight over the national security. It is too easy to say do your job, I don't want to know what you're doing. Well, somebody has got to representing us the people who can't know everything that is happening, and really make sure that, you know, our liberties are not being abused more than they have to keep us safe.

KELLY: Of course, the president promised he's going to, you know, run a different type of administration than President Bush did in his regard and there's been a lot of questions about that.

I would like to end this segment with a quote. See if the viewers can tell me who this is. "Everybody is dump, dump, dumpin' on everybody." I'd give you the first shot, Ron. Who said that? What movie character? Anybody?

FOURNIER: It sounds like Bugs Bunny, but I don't get it. Who is that?

KELLY: No, OK, I'm going to put it out there on Twitter, let me know on twitter or on Facebook page. "Everybody is dump, dump, dumpin' on everybody!"

FOURNIER: Thank you. You stumped me.