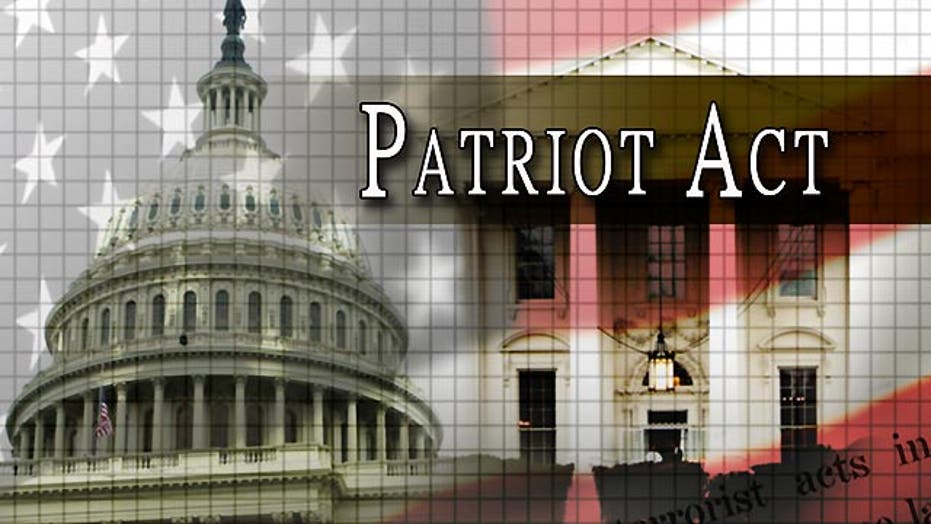 Is the Patriot Act justified?

This is a rush transcript from "Special Report with Bret Baier," May 22, 2015. This copy may not be in its final form and may be updated.

GOV. CHRIS CHRISTIE, R-N.J.: The Founders made sure that the first obligation of the American government was to protect the lives of the American people. And we can do this in a way that's smart and cost- effective and protects civil liberties. But, you know, you can't enjoy your civil liberties if you are in a coffin.

SEN. MIKE LEE, R-UTAH: That's absolutely ridiculous. It's absurd. And if Mr. Christie wants to play a part in the national discussion regarding privacy and security he should choose his words more carefully.

SHANNON BREAM, GUEST ANCHOR: We're talking about NSA surveillance and reauthorizing the Patriot Act or some form of it. Let's talk about it now with our panel. Chuck, I'll start with you. The House has passed something overwhelmingly last week, the Senate still dragging their feet and they are getting ready to go on break.

CHARLES LANE, THE WASHINGTON POST: The good news here is we actually have a broad bipartisan consensus around a set of compromised changes to the bulk data collection which has passed the house overwhelmingly. The president supports it, the NSA supports it. Actually, more than 50 members on Senate are on record in favor, Republicans and Democrats.

And Mitch McConnell is basically the source of resistance to it. I think he has misread the situation and has to find a way to climb down. But it doesn't look like they are going to have time it to do that unless something changes between now and the end of the -- now you and the recess on Memorial Day.

BREAM: Yes, that stuff -- would expire June 1st, but, Charles, everybody is hoping up on the Hill to come to some kind of solution. Now they're talking about a short-term something that would last a week or two, maybe a couple of months. Where do they go?

CHARLES KRAUTHAMMER, SYNDICATED COLUMNIST: You can't have it expire. And I do think the compromise, I could live with it. I think on substance McConnell is right. I don't understand the paranoia about the NSA collecting the time and length of a phone call from whom to whom. The Supreme Court has ruled that privacy is protected the Fourth amendment will protect you where you have a reasonable expectation of privacy. But the phone companies already have that. So there is no expectation of privacy on that. Yes, on the content, but not on the timing. So, I don't understand why, but none the less, if it took a compromise to get it done, I would support it.

JASON RILEY, THE WALL STREET JOURNAL: I think Congress should be having the debate that we're having here now, but they're not. They are rushing this thing through so they can go on break. This calls for a considered debate. Yes, there is some compromise here on collecting the data. There is agreement that it makes us more safe, that it is a useful tool in the fight on terror. One side wants the private companies, the telecom companies to hold it. The other side says the NSA should hold it. And there are some issue as to whether the government would have ready access to that when they need it so that they could act on it and so forth, and also how secure the private sector could keep the material.

But that is the debate we should be having. Instead you have panicked politicians in wake of the Edward Snowden affair thinking that surveillance is politically unsavory now and they're feeling like they have to push this thing through quickly. I think a clean bill that extends the current law for a set period of time to allow a sober debate is certainly in order.

BREAM: All right, I want to move quickly so we can get through the Candidate Casino. That's next. We haven't done it time to catch up. Charles, I will start with you. What are your doing with your chips this week, and we're only doing GOP side?

KRAUTHAMMER: All right, Rubio ahead, of course, as I have been with him since the beginning. If you like infrastructure, you go for Bush. If you like the chatter and the appeal, you go with Rubio. I have got five percent on the field. I think it's almost 90 percent it will be one of the top three. And what I have got? Wine and song.

BREAM: You always reserve a little bit for the good stuff.

KRAUTHAMMER: Yes, but I'm paring down, so it's just wine and just song.

LANE: My top three picks are somewhat similar to Charles' and haven't changed too much, Walker, Rubio, and Bush. But, I have changed a little bit by putting $10 on Chris Christie who I think is on his way back into consideration. He is at least attracting attention to himself with some big policy speeches. A big x, a zero should be there for Rand Paul who I think got a very tepid response to his longwinded speech about surveillance. He's a little out of step on those issues right now. I don't think he is gaining the traction that he might have seemed to be headed for about a year ago. So I didn't put anything on him and spread the rest out among the field.

RILEY: I'm putting 40 on Rubio. I think he maintained the momentum since he entered the race. And to the extent that foreign policy continues to be out there I think that plays to his strength, and he will keep it up.

I think Jeb has stumbled, self-inflicted wounds, which are the worst kind, not being ready for questions which he knew were coming. So I put him at 35. I'm putting 20 on Walker. He's still polling well. I still think he needs more depth on the issues, but he is getting there.

I'm going to put five on Rand Paul. And I'm putting five on Rand Paul -- I still don't believe the Republicans are going to nominate someone to the left of Hillary on national defense. So I don't think that's going to happen. But he is polling in the double digits in several polls, including the "Wall Street Journal." So I'm going to give him five.

BREAM: All right, we are almost out of time. So we are not going to do winners and losers. But I'm going to use a point of privilege to make sure I get to Charles' winner tonight. That's all we have time for.

KRAUTHAMMER: Bryce Harper, National League player of the week two weeks in a row. Less than a dozen times has that happened in the last 40 years. He had 10 homers in 12 games and twice ejected. I think that shows that he is a well-rounded player.

BREAM: All right. Well, I will see him out there at the field tonight. Sad you won't be joining us as usual. But for all you fans we had to get that one. Thank you, Charles, Chuck, and Jason. That is it for the panel.