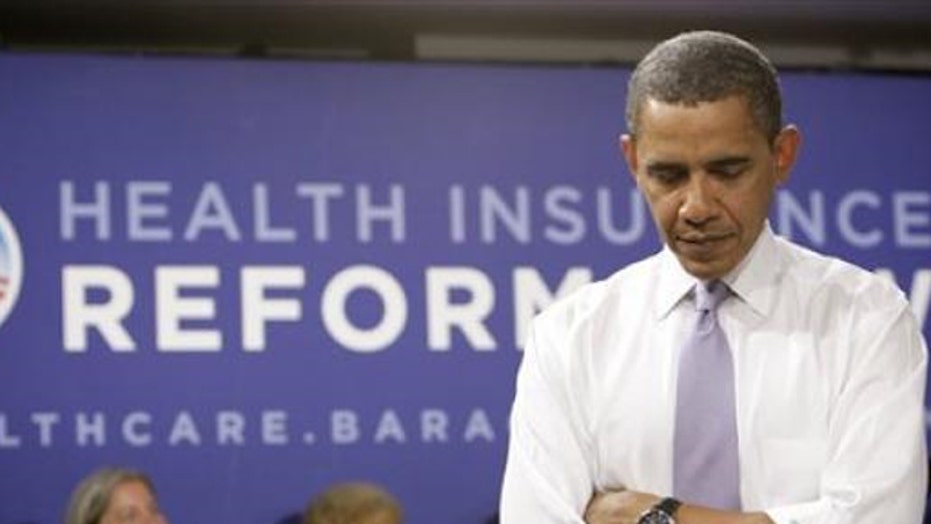 Is ObamaCare a hard sell?

UNIONS NOW COMPLAINING ABOUT PARTS OF THE HEALTH CARE LAW

CHARLES PAYNE: The promise that was made to the unions probably changed, because the White House was pretty clear that the unions were going to get a break from certain parts of the healthcare law, like taxes on Cadillac plans. I think they are shocked about how this 30-hour work week rule is hurting workers.

MELISSA FRANCIS: Everyone is looking for their own special carve out, and they can't find it. I talked to a CEOs this week who said they are kicking spouses off their healthcare plan because, when they look at all the ugly choices, that is the least ugly one. They can cut people's hours, fire workers, but they don't want to do that because they need the workers. No matter what, it is going to be painful. That was always the economic reality. I hate it when people who can't do math, go out there and make laws, because eventually the math comes home to roost.

CHARLIE GASPARINO: I am relishing the fact that you guys like unions all of the sudden. I think conservatives should not be siding with the unions right now. I'm not a fan of the healthcare law; it's so obvious that this thing doesn't work and the administration is starting to screw over its own constituents.

ADAM LASHINSKY: I don't agree that it's in trouble. I did not see as much inconsistency for Trumka as you all did. The exchanges are getting up and going, and is the law not falling apart. Although that is what a big segment of the Republican Party wants.

MELISSA FRANCIS: I think we have become complacent in cyber attacks. They attack your bank, but you don't lose any money. They attack the New York Times, and it's more of a breather for everything than an actual attack. I worry about energy infrastructure and the electrical grid; both seem like something that could be targeted relatively easily. I also worry about the water supply. I wonder why we haven't seen that, and I think the attacks will get more sophisticated. We will continue to be complacent until we feel the pain.

CHARLIE GASPARINO: People at banks receive cyber attacks every day. They've been dealing with attacks coming from Iran and North Korea. Syria wasn't really on the list the last time I checked about a month ago. I'm told both the North Koreans and the Iranians are sophisticated with their cyber attacks.

CHARLES PAYNE: This kind of reminds me of the events leading up to 9/11. We have little attacks and there were a lot of yellow flags out there that were more or less dismissed. I'm worried about whether our government dismissed it because they don't know how to fight it or they can't fight it. Or we are living in a serious case of false reality.

ADAM LASHINSKY: I agree that this is a relatively new problem. A week before last, I interviewed the Secretary of the Treasury Jack Lew and he pointed out that in the financial crisis in 2008-2009 this was barely on the agenda. Now it is a big item on the financial agenda and the security agenda. The good news is that the Pentagon is totally on this.

MELISSA FRANCIS: I talked to one school superintendent who dumped it, and he said he was forced to feed kids a wheat crust cardboard pizza with grape tomatoes and diet dressing. The kids didn't eat it, so they were falling asleep in class and they weren't participating in after school programs. Meanwhile, he put together a turkey sandwich on honey wheat bread, that sandwich didn't qualify and the feds were mad at him because it wasn't nine grain bread. He decided to tell the feds to take their program and shove it.

ADAM LASHINSKY: Charlie is making a good point; it is a good thing to have healthy guidelines.

CHARLES PAYNE: The government has a role in suggesting and encouraging, but guidelines are guidelines. They shouldn't tell my kid what he can or can't eat in school.