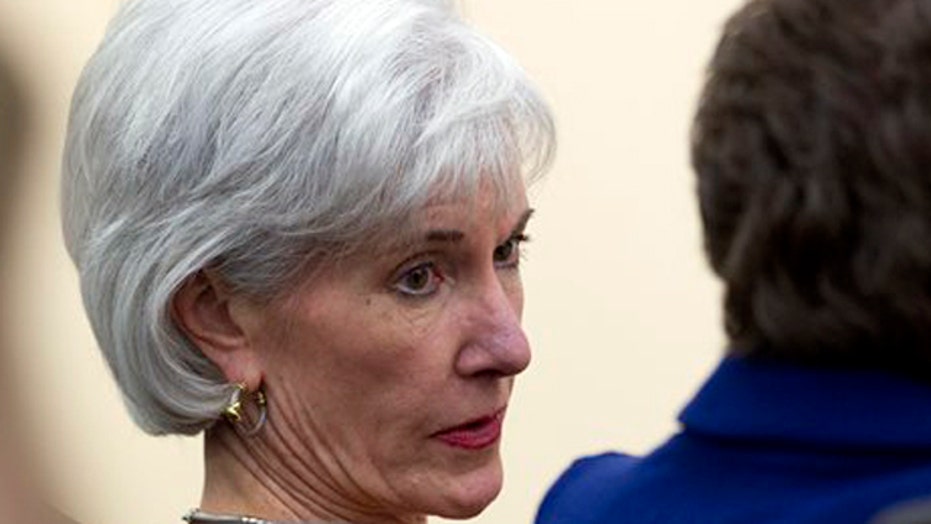 Is Obama really meeting with Sebelius over health care?

This is a rush transcript from "Hannity," December 4, 2013. This copy may not be in its final form and may be updated.

SEAN HANNITY: My next guest has conducted an Obamacare investigation and is releasing details in a new op-ed. The most shocking of all, in the three and a half years leading up to the Obamacare launch, President Obama held zero one-on-one meetings with his Health and Human Services Secretary Kathleen Sebelius. However, Obama's calendar listed 277 private meetings with other cabinet secretaries. So why didn't the president make time to meet with the person tasked with implementing his signature legislation? Is it possible?

Here with the details is president and cofounder of the Government Accountability Institute, Peter Schweizer is back with us. Sir, I know you looked at calendar records, 277 one-on-one meetings with other secretaries, zero with Sebelius. Is it possible that it is just not recorded but it happened?

PETER SCHWEIZER, GOVERNMENT ACCOUNTABILITY INSTITUTE: It's certainly possible, but that would be the only Cabinet secretary that that applied to. What we did, Sean, is we looked at the official White House calendar on WhiteHouse.gov. We second backed it up by looking at "Politico" calendar of the president's schedule. And then third of all we looked at White House visitor's logs which showed that Sebelius went to the White House, on every occasion it was for a social function with dozens or hundreds of people. There are no recorded meetings except for one in April, 2010, where she and Secretary of the Treasury Geithner met with the president. But that is more than three and a half years ago that they had any kind of small meeting together whatsoever.

HANNITY: Wow, did the government, did Jay Carney give any response yet? I know you tried.

SCHWEIZER: No. No. There has been no response from the White House, their position I think right now is pretty difficult because the outline and launch of Obamacare has been a disaster. So, to a certain extent they're I think leaving Sebelius out there to kind of dry, hang out on her own.

SCHWEIZER: Which I think frankly is a little bit unfair. I'm not saying she's done a good job, but certainly one would expect that the president of the United States, this is his signature domestic policy. One sixth of the entire U.S. economy is being reconstituted under government control, and he can't take time for a meeting in three and a half years with the person implementing it? That is really pretty shocking.

HANNITY: I never agree with Robert Gibbs. He says it's inexplicable that not one person or a number of people have been fired here. I think it's for the reason you said. She's taking more of the heat, and he's using her to absorb a lot of the heat on this to protect himself. I think you're right.

SCHWEIZER: Yes. And here's the reality, Sean. You can look at any president, George W. Bush, Richard Nixon, Ronald Reagan, Bill Clinton, you look at their calendar and you can see what is important to them. Even if you don't know about what was going on at that time, look at their calendar and you'll see what their priorities are. In the case of President Obama, if you look at his calendar, there is no evidence whatsoever that he is focused or has much interest in health care at all.

HANNITY: Great investigative work. We're going to continue to-to- follow it up and see if one of the White House correspondents asks that question. Thanks, Peter.