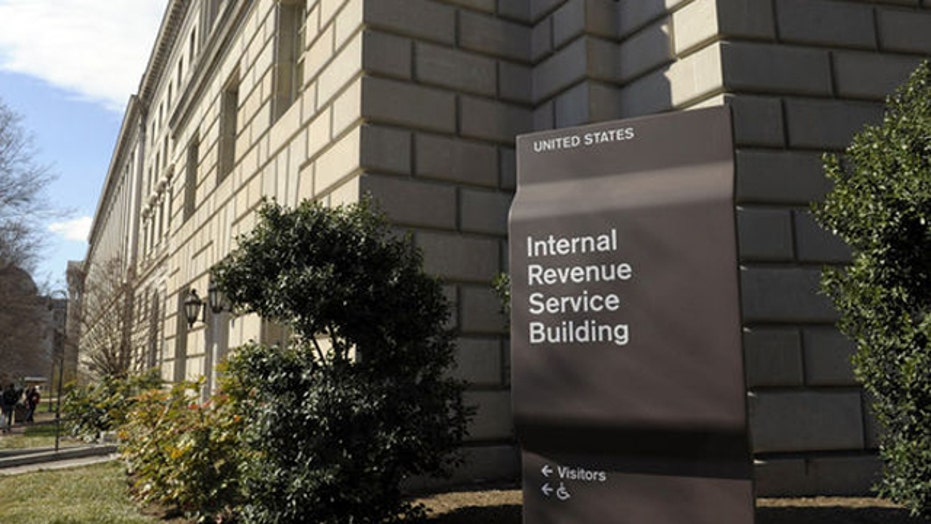 IRS under fire for lavish junkets

Can agency be trusted with your tax dollars?

IRS LIVIN' IT UP AMID CRACKDOWN ON CONSERVATIVES

JONATHAN HOENIG: They're going after the Tea Party groups that want to cut down on government spending. At the same time they're spending $4 million on a conference, which is really just a lush vacation. $3,000 for a presidential suite? Eric, I'm a pretty successful guy but I've never spent $3,000 on a hotel room. It's part of this trend, whether it was the GSA with their lavish spending-remember the clown a couple of years ago? They treat the money like it's not theirs because it's not. It's not just unexplainable-- it's inexcusable.

AUSTAN GOOLSBEE: I think there has been some oversight, but I think Wayne's point is right. You've got to have some oversight and discipline on this or else this kind of thing tends to happen. It's similar to when in a big company people start abusing their expense reports or that kind of thing. I think the budget of the $50 or $40 million was for 220 different conferences. To the extent the IRS has conferences where the people are coming in and actually helping them do their job in a less burdensome way-that is good.

TRACY BYRNES: The more egregious point is that the money was set aside to hire more enforcement officials, to hire more people and instead they kind of made a little accounting entry and moved the money over into their "party budget", and had a big old conference instead. So it hurts us double as taxpayers. One-- they shouldn't be wasting our money, and two-money that was supposed to be set aside for something to help us we lose completely.

JONATHAN HOENIG: They're fighting terror by monitoring and surveying American citizens. Spying on reporters, on innocent people making phone calls or searching the internet-I think it's dubious. At the same time you're spying on the American people, you've got a president who is sending hundreds of millions of dollars to the Muslim Brotherhood, doing nothing about Benghazi, basically apologizing for Islamic jihadism. Why is it that we're targeting American citizens, and not actually the terrorists that President Obama professes to want to stop?

TRACY BYRNES: I hope "Big Brother" likes the heels I ordered the other day. I'm very concerned because you know this is not going to stop. It started with your soda, and now they're coming down on everything. I get the notion that they want to keep us safe, but there has to be a way to do this and be transparent at the same time. Otherwise, I'm loving those black heels. I hope you are, too.

AUSTAN GOOLSBEE: This does kind of creep me out. First, I thought there was going to be a mad shift to people saying "I'm getting rid of Verizon, I'm going with AT&T," but then we found out it's with all the carriers. The national security part of this-I do think it's somewhat notable that on a bi-partisan basis, all the senators from the Senate Intelligence Agency actually know what is going on, which we do not-they've come out on a bipartisan basis and said they support it and think it's really important for the country to have this ability. The issue on the internet-they're focusing on people calling overseas, so if you find that five different suspects and people you're looking at in the U.S. are all calling some house complex in Abbottabad, Pakistan, it probably could be important to keep that number. The other thing I think is-when you click on the user agreement I agree. For these online companies-you haven't read it. You don't know what it is they're already collecting.

WAYNE ROGERS: The Patriot Act is very specific. It talks about how you gather this information when you can. This has been done indiscriminately and in bulk. Under the Patriot Act there has to be some suspicion of wrongdoing. The judge who signed this order allowed them to go in and get this information. I don't know what he saw, we don't know what he saw yet-that may be important, but in the meantime the possibility of abuse. Imagine giving Eric Holder this kind of information, and you know what he's going to do with it. I mean he would violate your constitutional guarantee in a second.

DISNEY: THE HAPPIEST PLACE ON EARTH NOW THE MOST EXPENSIVE

TRACY BYRNES: Parents are going to keep paying it. If your little one wants to go see Cinderella you are going to scrape pennies. I think that must mean that people must have more money in their pockets, or charge it or do something, but they're still going to Disney.

AUSTAN GOOLSBEE: I'd say the jobs report was respectable but not great. Let's not start taking victory laps yet. I think Tracy's insight is probably a sign that tourism economy is coming back. Entertainment tourism is a big driver of the economy. Let's just hope that it's not only a sign that there are foreigners who have a lot of money who are coming and increasing the demand at Disneyland, because if it's just that, that's not going to bode well.

WAYNE ROGERS: Disney has raised its prices every year for the past 10 years, so this is not new. This is not something that's saying the economy is fine. This is cost going up. This is the threat of inflation. We've got commodities that have gone up substantially in the last year: cotton, lumber, etc. And you better look out for the Federal Reserve policy. They're going to take the wraps off and we're going to see inflation in a big way.

JONATHAN HOENIG: My Toad can barely even afford it anymore. First of all, Austan, don't worry-no one is taking a victory lap for any kind of job growth at least under this president. I think Wayne hits the nail on the head here. Oftentimes rising prices can give the appearance of growth when in actuality it's just the appearance of inflation. There is no such thing as a free lunch. I think one of the reasons I remain sure on the bond market, betting on higher rates, is that we're starting to see the net effect of all this intervention from the fed on down into the economy. It's higher process across the board, including at Disneyland.

WAYNE ROGERS: STICK WITH SOLID COs LIKE (JNJ) IN THIS SHAKY MARKET

JONATHAN HOENIG: EMERGING MARKETS ARE COOLING OFF EXCEPT FOR NIGERIA (NGE)