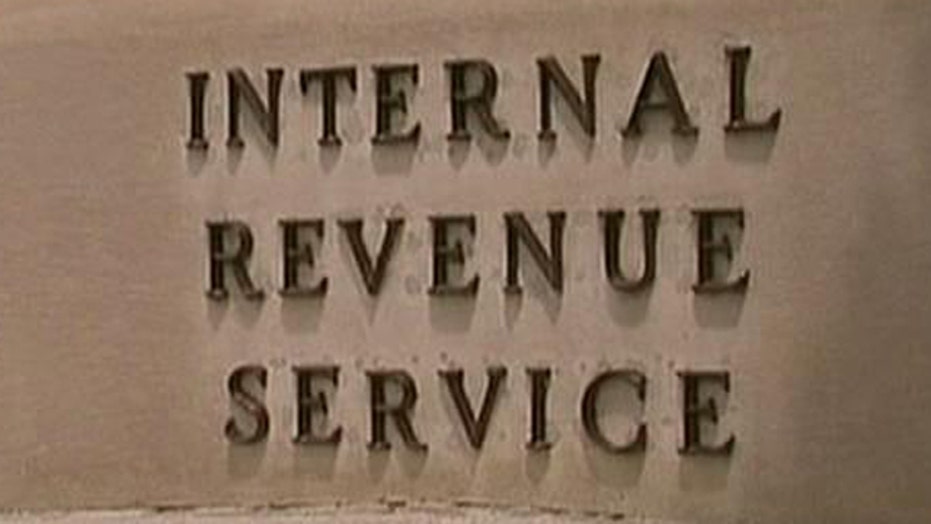 IRS boldly goes where no government agency has gone before

Proof it's high time to bring size of government back down to earth?

'JUST SIT RIGHT BACK': THE IRS IS 'GOING WHERE NO OTHER GOVERNMET AGENCY HAS GONE BEFORE' -- WASTING TAX DOLLARS ON 'STAR TREK' AND 'GILLIGAN'S ISLAND' 'TRAINING' VIDEOS

JONATHAN HOENIG: Eric, if we want to "live long and prosper," we've got to "slash and burn." This is outrageous. Government is parasitic. They take, and take, and take-and of course they spend their entire budget on total wastes of money like this, because they know if they don't spend it they're not going to get the money the next year. The fact that the U.S. government is the largest employer in the world is pathetic. The IRS is probably the most pathetic; their budget's $12 billion a year. Think about it-it's basically $40 for every man, woman, and child-for them to actually take 40 percent of your earnings. We need policemen-not parasites.

WAYNE ROGERS: Eric, it is ludicrous. Not only is it a waste of taxpayer money, but those are badly made; their acting is bad, the production is awful. And a laugh track! They actually put a laugh track in that; it's outrageous and ridiculous. Why use those particular things? Gilligan's Island! By the way, I want you to know that I was out fishing this morning I found this in a bottle, like on Gilligan's Island. I found the answer right here, and guess what it says about the I.R.S.? All of you are fired.

MONICA CROWLEY: I have never actually seen an episode of Star Trek, but now courtesy of the I.R.S. I feel that I have. I just want to thank them for that. If our fiscal situation weren't so desperate and outrageous, this would be laughable. By way of trying to apologize the I.R.S. Said "Well, we wouldn't make those videos today." These videos were made in 2010, when we had trillion-dollar deficits at the time. The fundamental problem is government has no profit motive. There is no motive for them to try to run things efficiently. There is a sick irony in the abuse of taxpayer money here, happening by the "tax collection agency". It is so outrageous. These are the things that grab the public's attention. Gilligan's Island, Star Trek, sodas being banned in New York City. Once you have the public's attention, then you can educate them about the incredible waste, fraud, and abuse going on in government.

CHRISTIAN DORSEY: They are horrible videos, but let me give you a little math and put these in perspective. These videos cost all of $60,000. By producing the video, the I.R.S. didn't spend a million and half dollars in training costs. So, using that math, that sounds like a pretty smart and prudent move; 60,000 spent, a million and half saved. So even thought these videos are absolutely horrible by production value.

TRACY BYRNES: If that is the case, then why would they say "In today's day and age we would never make them." We are denying, we're backtracking. They're expensive either way. It's money that shouldn't have been spent. At this point, we're nickel and diming, I get that, but it's the principle-that they think they can get away with this; show a bunch of people with some stupid ears, put Ginger in a bathing suit and they think it's okay. Unfortunately, it's our money, Eric.

MONICA CROWLEY: I am not condoning adultery here, but Tiger Woods is not a priest or any kind of moral arbiter; he is a professional athlete. That quote that they are using, by the way, in the campaign, was actually spoken by Tiger Woods in a different context- in the context of competing with Greg Norman. It is not in the context of the scandal that tarnished his reputation. Advertising is all about provocative images, getting people talking, get a buzz going to sell a product. This is about capitalism. I say more power to Nike because here we are on Fox News talking about the campaign.

TRACY BYRNES: They were smart to get rid of "just do it," right, because you can't say that anymore because he just "did it" about a hundred times and got in trouble in the first place. Basically what this tells the world is that as long as you're an athlete, you could screw up six ways till Tuesday and it's going to be okay. Prostitution, drug dealing, you name it. There's no accountability because you can get a little ball in a little hole across the green. I think that says a lot of things about society right now. There is no accountability

CHRISTIAN DORSEY: If you have an objection to Tiger Wood's behavior, as I do, the one thing you can do is not talk about Tiger Wood and talk about Nike. Nike the corporation is the evil genius in all of this. All of this so-called controversy is driving more people to think about the company and to think about Tiger Woods than they would otherwise. This is completely not relevant to anything about moral standards, or anything. Nike is a company, they're his sponsor, they're happy when he wins-and that's simply the way business is done.

WAYNE ROGERS: I don't know whether it helps them or not. If I were running Nike's advertising group I am not sure I would have chosen exactly that quote. Tiger is saying what Tiger would say. Ray Lewis who was once indicted for murder-all of these various people who are athletes who have gotten great sponsorships after the fact-- that has to do with the business, that has to do with Nike's decision. If you're going to make a moral about it, I remember when I was a kid shooting pool in a pool hall and I saw up above listen there "when the great scorer comes to mark against your name, he writes not whether you won or lost, but how you played the game."

JONATHAN HOENIG: Nike's stocks are at an all-time high. Tracy your position mystifies me here. It is not as if Tiger committed child abuse. This isn't murder. Like Bill Clinton, like David Petraeus, he had marital difficulties which were resolved. To Monica's point, Nike is a sports equipment company. Their purpose is to make money for shareholders. If you want to boycott Nike, go right ahead, but the stock seems to say they're doing everything right.

MONICA CROWLEY: This is the entitlement mentality on steroids. The current government health care programs that we already have-- Medicare and Medicaid-- they are already going broke, and they are bankrupting the country. That is before ObamaCare kicks in. We cannot afford to take care of the world. I am sorry, I don't mean it in a heartless way. The system that we have not, even before ObamaCare-anybody walks in to an emergency room, they are taken care of in this country. We don't leave anybody to die on the street. We take care of those in need. Now they want coverage and I'm sorry, we cannot afford it.

WAYNE ROGERS: Just think about this: fathom a government that requires everyone to be insured but does not require everyone to be a citizen. Yet all who are citizens will pay for all of those who are not. Give me a break. There is something massively illogic in that and the government can't figure it out.

CHRISTIAN DORSEY: I have been on this program where you all have assaulted the Affordable Care Act because of its individual mandate requiring people to buy health insurance. In the commercial I saw, these immigrants are saying "we want in on that action. We want to buy in to the health care system. We want to pay into the Affordable Care Act." It is not about getting a free ride, it's actually paying for health insurance so that they don't cost the system more in emergency room visits, and going without care. I don't know why you would be opposed to that.

TRACY BYRNES: The system is backwards. Look Eric, let's face it-a lot of these guys are working and a lot of Americans don't want to have the jobs that these guys take these days. They are adding to society. Do I think they deserve it? No, I think everyone should do it right. Take the test, learn the language, do what you are supposed to do. At the same time, Christian is on to something here. We are actually helping society if we keep them healthy.