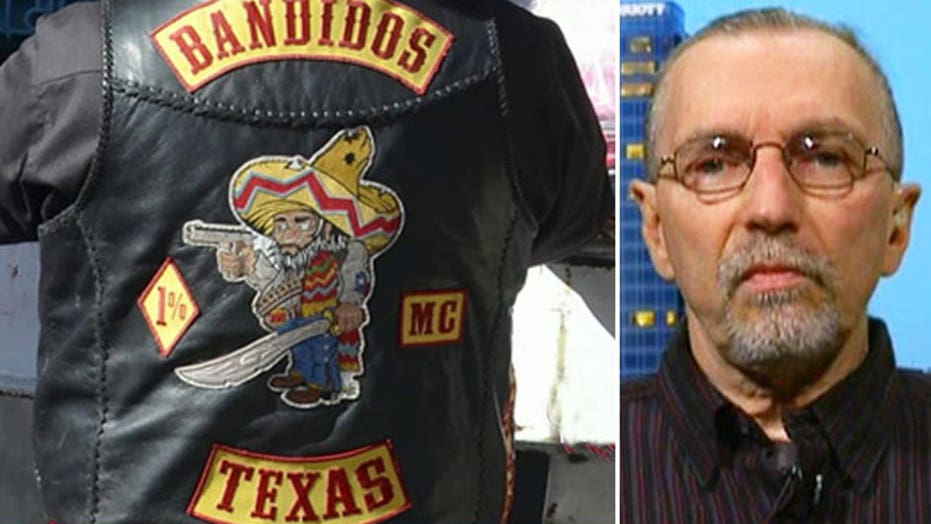 Inside the Bandidos Motorcycle Gang

As you may know five gangs shot it out in Waco leaving nine dead, 18 wounded. Reports say police killed four of the nine of motorcycle guys but that has not been confirmed. The primary group involved was the Bandido motorcycle gang accused of being a drug-dealing outfit based in Houston.

Joining us now from Grand Rapids, Michigan, Edward Winterhalder, a former leader of the Bandidos gang. I just want to bring everybody up to date. Apparently the police made a mistake -- or somebody made a mistake in Texas and they let three of these guys out on $50,000 bail. The rest of them are being held on $1 million. And so they're at large and they're trying to hunt them down.

Now, you were in this gang, Bandidos, for 20 years. Tell us about the operation.

EDWARD WINTERHALDER, FORMER BANDIDO LEADER: Well, I wasn't actually in the club for 20 years. I was an associate for the better part of 20 years. And then I was a member for seven -- so.

O'REILLY: what's an associate? You just get to hang around on Tuesdays or what is that?

WINTERHALDER: Well, there was no Bandido chapter in Oklahoma. I lived in Oklahoma so I spent a lot of time visiting them and other places when I was out riding my bike and I didn't want to leave Oklahoma.

O'REILLY: Ok. What did they do? The authorities tell us it's a big drug dealing outfit -- methamphetamine, pot -- that kind of thing. Is that true?

WINTERHALDER: No. That's not true. That's about as far as from the truth as it could be. 60 percent to 70 percent of the guys are just regular guys that have jobs, families, and kids. They go to work each day like everyone else does and they come home. The only thing they are guilty of is having a little too much fun on the weekends.

O'REILLY: All right. Was that your status? You didn't commit any crimes? You just wanted to be part of a motorcycle club?

WINTERHALDER: Well, everybody gets involved because of the camaraderie and the brotherhood and the love of Harley Davidsons to start with but also they are searching for something that they didn't find during their childhood or they're trying to find something they had had when they were in the military -- again, it's camaraderie and brotherhood.

O'REILLY: I don't want to glamorize this crew because obviously you saw what happened in Waco and a lot of people killed and injured and they were armed. We do know that the Bandido gang in Houston does drug deal. There are a bunch of people being convicted for heavyweight narcotics trafficking from the gang.

When somebody says to you, gee, you know, you are hanging out with these guys and some of them -- you said 60 percent are just regular guys. That leaves 40 percent that are doing crimes against the country.

WINTERHALDER: Well, I don't know if they are doing that on a regular basis, but there is a minority of the club that are committing some crimes but, again, it's disorganized. And most of the people don't even know what they are doing. They're doing it by themselves and with other people that are not members in the club.

O'REILLY: Did you ever commit a crime in the club?

WINTERHALDER: Not while I was in the Bandidos. I did when I was a young man when I was drinking too much. I was in my 20's. I learned my lesson.

O'REILLY: But you didn't do any criminal activity in the Bandidos. Did you witness it? Did you see crimes being committed? Drug-dealing and things like that?

WINTERHALDER: No. That was pretty minor stuff. I mean I saw guys doing a line here or there or smoking a joint or whatever had a gun on them, things like that. I saw some fights but almost always they were defensive. Somebody had started the fight and they finished it.

O'REILLY: Did you get in any fights with other rival gangs or even your own gang?

WINTERHALDER: No. That was, you know, not something that the guys that I ran around with that were members and I did. You know, it was a different aspect of it. It's kind of like, you know, there is a lot of different types of individuals in a motorcycle club.

O'REILLY: Ok. Now, we don't know much about the subculture of motorcycle gangs. When you saw the Waco shootout, were you surprised that the Cossacks and the Bandidos were trying to kill each other?

WINTERHALDER: I wasn't surprised at all. It's been building for a long time. It's all over a patch on the Cossacks' back. Outlaw motorcycle clubs traditionally wear a three piece patch. The top rocker usually designates the name of the club, the center patch normally is their icon their logo and then the bottom rocker typically designates the geographic territory from where they come from.

WINTERHALDER: Well, it's not even a jacket. It's a bottom rocker.

O'REILLY: No, I got it. But you know what I'm talking about. Isn't that insane?

WINTERHALDER: Yes. And I'll give you analogy, it's like going back to first grade when you had a couple of bullies on the playground. As long as they stayed in opposite corners everything was fine.

O'REILLY: All right. Well, there they are. They are all in jail now. 170 of them and they'll find the three that got out by mistake. Mr. Winterhalder, we appreciate the insight. Thank you.