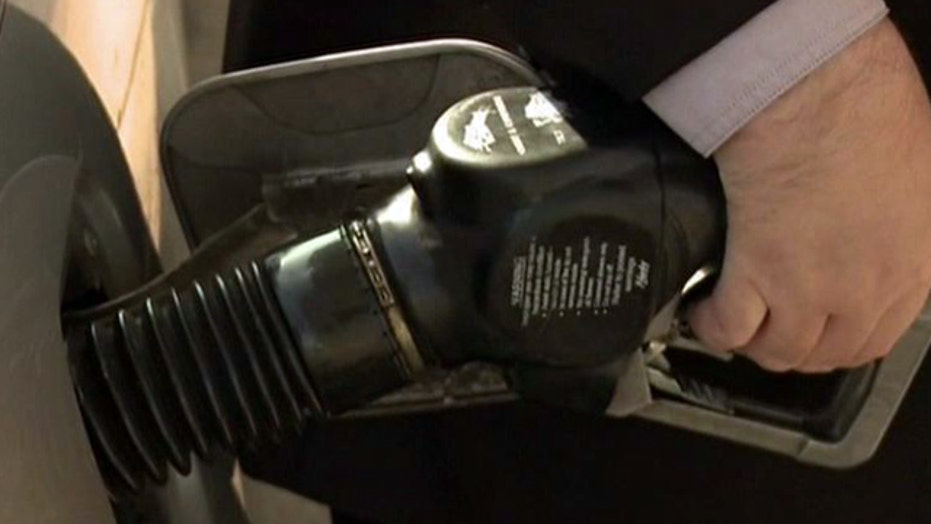 CHARLES PAYNE: IMF, they're bloated, arrogant, more harm to the third world than you can imagine and now they're trying to do the same to us. By the way, when did they get put in charge of the environment? What's going on? They want a trillion dollar tax to save the environment and it's repressive and stupid. And the sad thing is no one says anything, so it might not be a good idea.

CHARLIE GASPARINO: What do you expect out of the IMF? Anything worse than the local environment bureaucrats are imported ones from Europe. And we should point out that most of the environmental bureaucrats really don't care whether people work or not. They have a sort of straight-line view about saving the environment and they don't care what kind of economic damage that would cause. Can you imagine if this actually happened? As you said a regressive tax hurts poor people whom they don't care about or the rich people. It really is a sick, disgusting state of affairs.

DAGEN MCDOWELL: Politicians though, I give them all credit, right or left in this country knows it's regressive and this is the tax that makes every single voter in this country mad and they will not do it. It's why the President talks about infrastructure spending, he never talks about raising gas prices and we know these are IMF officials and imposing their will. They want to impose their will on us; our gas prices aren't as high as in Europe.

BEN STEIN: I think this could be the boost that the Republican Party needs. This is our worst nightmare as free America, is thoroughly Bolshevized.

STEPHANE FITCH: I don't think that they singled out the U.S. because they've levied a lot of criticism on other countries including places in sub-Saharan Africa.

DAGEN MCDOWELL: Not weird, scary, this is clear evidence. I'm frightened by this, clear evidence that the government is getting bigger without any new laws passed, just by tweaking laws that already exist.

CHARLES PAYNE: There's absolutely no doubt about that. That there's this idea that, you know, between the food stamps and the child tax credit and the local programs, you know, it gets a little comfortable with being in poverty, you know. Listen, I've lived it firsthand and seen where people don't go to work because they get offing paid for them. The incentive is not there.

BEN STEIN: When I was at the Santa Cruz, many kids from wealthy families who could go down to the local government office, agriculture department I think at that time and apply for food stamps. There was no checking. They would use the money they saved not to buy groceries, but to buy drugs. And I've always been somewhat against food stamps for exactly that reason. What level of fraud is there in the food stamp program? What level of dependency are we fostering in younger Americans, middle age Americans, older Americans for the government stepping in and buying their food? We don't know. We don't want any involuntarily hungry Americans. What I remember I'm the oldest on the panel, Lyndon Johnson had the war on poverty and the war on hunger. The war on hunger seems to have been won overwhelmingly because we now have a war on obesity. Either the kids are not fed enough or too much. Something is wrong with this picture.

STEPHANE FITCH: The numbers of people collecting food stamps are surprisingly pretty much exactly in line with the number of people who are actually poor in this country. And setting aside the people that Ben taught at UC Santa Cruz and we know about them. But the fact of the matter is, Charlie makes a great point, the real economy, which is not something you're going to see in the TV studio in Scottsdale Arizona or New York City, if you drive out and actually go out into the world, you discover there are a lot of people hurting out there. For a little while, yes, it's going to take a long time to get them back to full employment. Dagen is right about the unemployment coming down, but the real unemployment rate is actually quite high.

DAGEN MCDOWELL: It is about opportunity. The states with no income taxes are jumping on in such a big way, Florida, Texas, Nevada and this is going to keep going. You hear entrepreneurs talk in California and there have been two giant retroactive tax increases that have happened in just the last few months. The government going to claw back people's money and they are headed for the exit.

CHARLES PAYNE: I think it's obvious the finding. Big states that promote nanny states and dependency and they need giant taxes that drives out innovative job creators.

CHARLIE GASPARINO: No, all you have to do though as a general rule go to upstate New York and see what a ghost town it's become - some of the highest most punitive regulations in the world here.