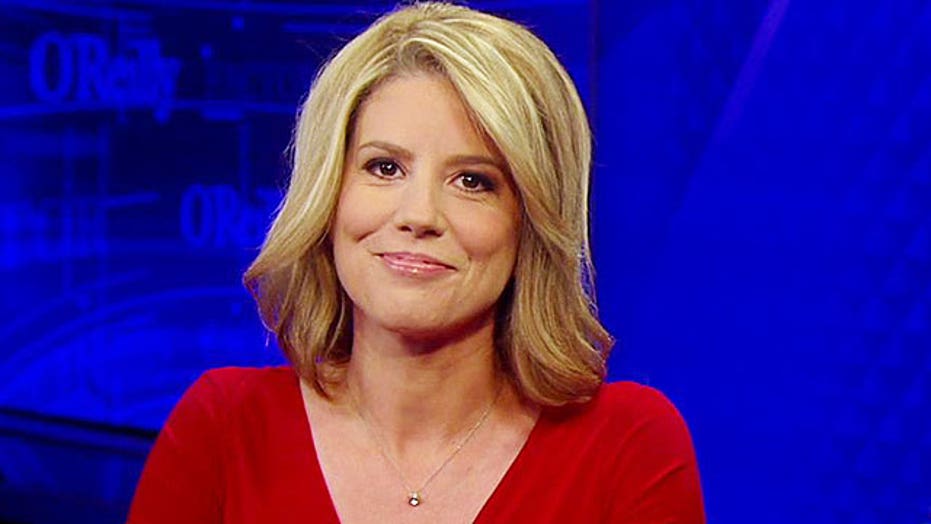 How the left is silencing free speech

Kirsten Powers on challenging liberals and her new book

O'REILLY: "Personal Story Segment" tonight, a new book called "The Silencing: how the left is killing free speech" written by our pal, Kirsten Powers, who is generally supportive of the liberal position. The book comes out today. Here is Miss Powers.

Give me your best shot. Why should I buy this book?

KIRSTEN POWERS, FOX NEWS ANALYST: Because you care about free speech and free speech is definitely under assault in this country on all different areas. I focused primarily on the media and the college campuses which are obviously two major areas of influence I think in terms of really us needing to have debate and dissent.

O'REILLY: But you are blaming primarily the Left, right?

O'REILLY: And this is going to surprise you but I think it's a problem on both sides.

O'REILLY: In the debate over the cartoon, the Mohammed cartoon some of the right wing blogs vicious.

O'REILLY: And no matter what the argument was, they wouldn't consider if you were anti-free speech, no matter what you said. No matter what your reasoning was. And they pounded that home that you're against free speech. You are a wimp. You are this, you are that. Now, that being said, for every 10 left wing smear sites, there are two right wing. So, heavily outnumbered on the Left. Go ahead.

POWERS: Okay. Right. So, of course there are conservatives who do this. But I am talking about more of a cultural phenomenon, what's going on. They're not one off cases. And that's why I wrote a book about it. Because people will often say, well, that's just that one group of people over there. And it's not one group of people. It's systematic silencing that is going on. And they use the same tactic. I also am not talking about disagreement. I'm not talking about people being civil. I'm talking about these are people who are not have a debate. They will attack you, you are racist. You are misogynist. It's never about what the actual issue is.

POWERS: And so, and what you will see in the book is that disagreement is cast as violence or an attack. As akin to physical harm. So there is a case at the university of California Santa Barbara where a professor there. Women's studies professor actually physically attack a 16-year-old pro-life demonstrator because as she told the police later she felt she was in harm. She felt like they were causing harm to her by being there and expressing a view and that she felt unsafe.

POWERS: So this is very different than somebody just saying, Bill, you don't support free speech.

O'REILLY: Do you name names in the book?

POWERS: Well, I use names. If you want to call it naming names. I mean, yes, of course I go through.

O'REILLY: Because there are certain individuals who make career out of doing this stuff.

POWERS: Well, if you are talking about media matters, I don't know.

O'REILLY: Well, I mean, those people are anonymous, but there are people like Bill Maher, for example. He does that all the time. He attacks people viciously if he disagrees.

POWERS: Well, Bill Maher is on both sides of this. Right?

O'REILLY: He doesn't come down on doctrinal way.

O'REILLY: But it's always personal. Always a personal attack from him.

POWERS: Okay. Sure, so there is personal attacks. I guess I would just make a distinction between even what you are talking about before. People coming out to you and saying, you don't support free speech. It's not really a personal attack.

O'REILLY: Right. No, it's just ridiculous.

POWERS: Well, I'm on a different side than you are on the issue. But I think what I'm talking about is at least they are debating free speech. You know, they are not talking about you -- you do this because you hate or don't hate.

O'REILLY: I think you are on the right track as I said in the Talking Points Memo at the top of the broadcast. I mean, you can just see the industry that's developed here on the Left.

O'REILLY: You can do a pulp line. Okay. Let's destroy Ted Cruz. Okay. We will take whatever he says out of context. We'll demonize him as being a far right fascist who hates women and gays or whatever. Let's do that and there are enough stupid people then it gets into the popular culture and it's hard. Like they could have done that to Ronald Reagan if it existed. This machine existed but it didn't at the time.

POWERS: No, something is definitely different.

POWERS: Something has changed. I think a lot of people have said, well, this is just an old political correctness. This is different.

POWERS: This is something that is much bigger.

POWERS: If you want to talk about campus rates statistics, you can't because you are a rape denier.

POWERS: And so, who wants to talk to a rape denier? You know, this conversation is over. And I'm saying from a liberal perspective that's not what liberals are supposed to believe. We're supposed to believe, put the ideas out there, debate them, talk about them. Put your best case out. And then then see what happens. Don't just shut it down and tell people to shut up.

O'REILLY: The final point is, this has been embraced. I don't know whether you know this or not, but Clinton campaign hires people who do this. Who made a living doing this.

POWERS: Well, I talk about media matters in the book.

O'REILLY: And they are actually, I don't know if he is associated formally but they work with the Clinton campaign.

POWERS: Of course they do. Yes. They are trying to delegitimize the idea that you would criticize her. Yes, that's correct.

O'REILLY: Right. All right. The book is "The Silencing." And if you -- anybody picks on you, you let me know. I will stick up for you.

O'REILLY: That's the kind of guy if am. Looking out for Powers.