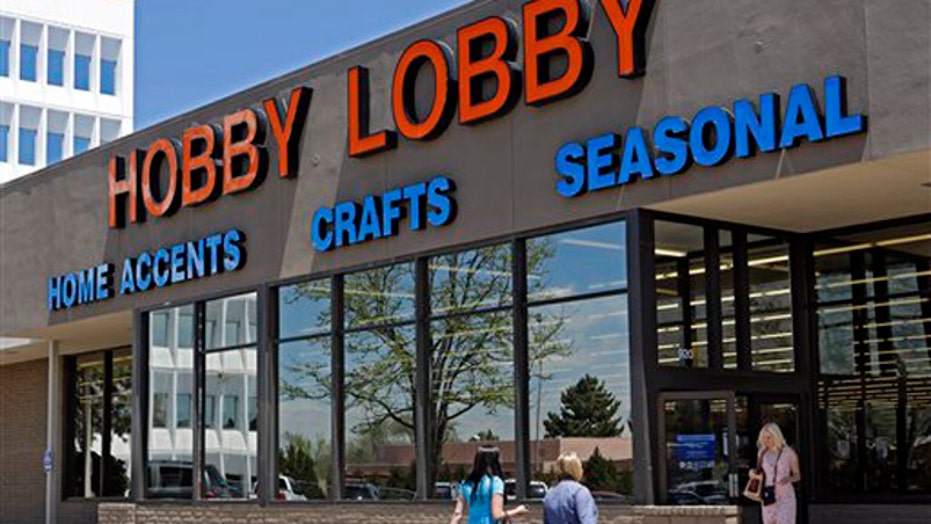 How the Hobby Lobby ruling will impact your rights

This is a rush transcript from "The Kelly File," June 27, 2014. This copy may not be in its final form and may be updated.

SHANNON BREAM, GUEST HOST: The wait is almost over for the Supreme Court's most anticipated decision of the term. On Monday the most important religious freedom case in recent memory. The Christian-owned company Hobby Lobby versus the Obama administration's contraceptive mandate. Do company owners have to under write the parts of the health care law that violates their religious beliefs?

Let's talk about it. The Reverend Barry Lynn, executive director of Americans United for the Separation of Church and State, and Carrie Severino, chief counsel to the Judicial Crisis Network joins us now. Welcome to you both.

CARRIE SEVERINO, CHIEF COUNSEL, JUDICIAL CRISIS NETWORK: Hi, thanks for having me.

BREAM: Reverend Lynn, I'll start with you because this case is based on the Religious Freedom Restoration Act which the company says gives them the right to push back when the government says you have to do something. The owners of this company say, you are going to force us to violate our beliefs by providing these four contraceptives we believe trigger abortions. I know that you had a hand in crafting this law. So, why do you think they should lose?

LYNN: Yes. I think the religious freedom restoration act was supposed to be very narrowly defined. It was supposed to help people, for example, a Muslim firefighter who wanted to grow a beard and if he did grow a beard would have no negative impact on any third party. It was designed to deal with some of the issues that come before one very special kind of corporation, churches, to guarantee that they would have to some say at least. Not that they'd win always. But they might fight as owning restriction or that kind of thing.

But never ever did any of the left, right or center people supporting the religious freedom restoration act believe that it covered a for profit company like Hobby Lobby with its 20,000 employees all over the country, particularly to allow that company to make decisions that would violate the conscience of their individual employees. I don't think Shannon that for profit companies can exercise religion. I think that is an absurd idea. And even if they could exercise religion, certainly there is no substantial burden on their exercise of this so-called religion simply by presenting an insurance plan for women employees and letting some of them accept contraception.

BREAM: All right. I know, Carrie -- but I want to point out, you know, when this law was put together, there are other laws that Congress put together that specifically matched them for individuals and have, you know, said this isn't for corporations just individuals. They didn't do that here Carrie. Is that a winning argument for Hobby Lobby?

SEVERINO: Yes. You know, your religious freedom shouldn't turn your tax status. And this is a same kind of law that were apply to kosher butchers, apply to businesses like Whole Foods that decides to stock meat that they feel is inhumanely treated. Starbucks is the right to have fair trade coffee beans. Businesses bring their ethical in a religious obligations into the workplace all the time, the Greens and the Hahns here are asking that dated the same thing that they shouldn't have to choose between running their family business and giving up their deeply held beliefs.

BREAM: There were a couple of justices who during the argument said, well, you know, they do have choice, they can just give up their insurance. Now, the fine if they do that is about $26 million a year if they don't ensure their employees. The owners say that is a priority for them, they want their employees to have health care. But if they continue to provide health care but not the four contraceptives they object to, the fine is $475 million. Reverend, is that really a choice?

LYNN: Well, it absolutely is a choice because it is about $2,000 per employee. And what you could do is say, OK, we are not covering you with our own health insurance through Hobby Lobby but what we will do is give you more money, we'll give your salary a boost so that we have a competitive equality with other companies like us and then you go out with this extra money and buy any kind of insurance that you want. So, that would be a perfectly fine way. But I think I would have to say, this is not what Carrie suggested like Whole Foods deciding to sell organic coffee.

BREAM: But what about the kosher butcher?

LYNN: There is no negative effect of not selling organic coffee. If you tell someone who can't have access to the most effective birth control, that's a problem.

BREAM: Really quick, just a few seconds to you Carrie to wrap us up.

SEVERINO: The employees of Hobby Lobby have every right to use whatever birth control they choose. They cover 16 of the 20 contraceptives. All they're saying is, we don't want to be dragged into being forced to pay for someone else's choices and therefore violate our religious rights. The government has many other ways they could achieve that goal. Don't force the Greens and the Hahns in this case to violate their religious freedom.