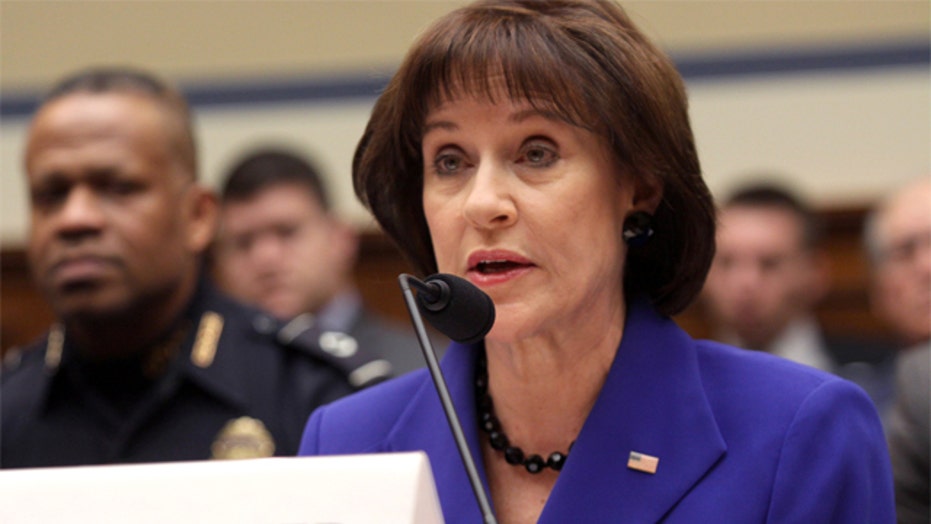 Will Lois Lerner be held in contempt?

JOHN TAMNY: The reality is that the course of history may have been changed by the IRS's actions. Some of the groups formed to blunt the ObamaCare ground game and were muzzled by the IRS. This could have changed electoral results or legislative results. The administration has to come clean about what it knew and what it did.

RICK UNGAR: Lois Lerner does not, and did not, work for the White House. The question presumes that this couldn't have happened without White House knowledge. So far nobody has stepped forward with any evidence that links the White House to any of the things that Ms. Lerner or the IRS Cincinnati office or anybody were doing. Aren't we jumping the gun? You are innocent until proven guilty.

ELIZABETH MACDONALD: We are a government by the people and for the people. This isn't by the government for the government. What is going on with the DNA of our government where we're allowing the IRS to behave like this without any checks and balance, without a special prosecutor to get to the bottom of the stifling of political dissent?

BRUCE JASPEN: I think House committee chairman Issa blew it last week because he pulled the plug on the microphone of the democrat who we don't even know what he was going to say.

STEVE FORBES: There hasn't been much evidence because there hasn't been much of an investigation. The Justice Department made sure that didn't happen. All these incriminating memos, it's a whitewash and that's why, sadly, we need a special prosecutor. You saw that smug interview the president had with O'Reilly saying there's not a smidgen of corruption.

MIKE OZANIAN: They never told the truth about Benghazi. They deceived us on that. The president himself lied for years about ObamaCare. Eric holder was held for the gun smuggling in Mexico. They have no credibility at all. Right up to the President they knew what was going on with the IRS. They lie and deceive about everything.

STEVE FORBES: Unions are more interested in political power than they are in improving the standard of living for their workers. Otherwise, they wouldn't engage in this kind of thing. It shows they've become unhinged when they go after David giving $100 million to the hospital. It helps the poor, workers, creates jobs and helps health care.

RICK UNGAR: The reason the SEIU did this is they're concerned that the Kochs would use their influence there to get rid of the unions working at the hospital. We don't know that that is true. There's an irony here, the Kochs are spending millions of dollars trying to defeat ObamaCare despite the fact that it exists. They got involved with a misrepresentation in an ad. How do you dislike somebody who gives $100 million to the hospital? I wish they would have given it to the safety hospitals in New York.

MIKE OZANIAN: This was a dumb move politically and economically. It shows how brazen they are in protecting their own self-interests. Economically that could have been used for people who really need it.

BRUCE JASPEN: I don't really think this is so much about the unions deteriorating. Healthcare, partly because of ObamaCare, is fertile ground for union organizers because there are going to be more and more jobs created in health care to treat all these paying patients.

ELIZABETH MACDONALD: This move by the Koch brothers will help the poor. I spent time at this hospital. They do help out the poor. It would create nursing jobs as well. That's the irony.

JOHN TAMNY: It should be stressed that the Koch brothers are trying to protect Americans from substandard health care programs designed by the federal government. There's a big difference there. More broadly, when you look at the money, this speaks to why the unions are going the way of the beta max. If George Soros would have given it, no one would have said anything, but because the unions want to muzzle free speech, if someone with the wrong political affiliation gives it, it becomes an issue.

BARBERSHOP OWNER IN COLORADO TELLS CUSTOMERS: STAY AWAY IF YOU SMELL LIKE MARIJUANA

STEVE FORBES: First of all, it's not about sexual orientation, race or religion. It's about what you wear and go into that store smelling like pot. If you stink, why should the store have to serve you? It's good for business, families like to go there and knowing they're not going to have to smell pot.

BRUCE JASPEN: I don't know if it's a good business decision. You might get a lot of big tipping dope heads coming into your store. You don't really know what the market of this group is going to be so you might want to be careful of just how you deal with this growing group of people.

ELIZABETH MACDONALD: I kind of agree with Bruce. Maybe the barber shop can charge $500 haircuts like Senator John Edwards did. I agree with Steve actually, children were affected by the marijuana.

RICK UNGAR: You know what, kids aren't involved. They're not smoking a joint. They're walking into a place where somebody smells bad. I walk into a lot of places where kids smell bad. Does that mean that I shouldn't be there?

MIKE OZANIAN: You'll probably end up with two kinds of barber shops; one like Elizabeth described where they don't have to smell marijuana but others where they do. Maybe they'll sell cupcakes or Oreos and make a ton of money.

JOHN TAMNY: Whether or not it's good for business is not the point. In the U.S. we have property rights. You if you don't want to serve someone you haven't have to. This is America.