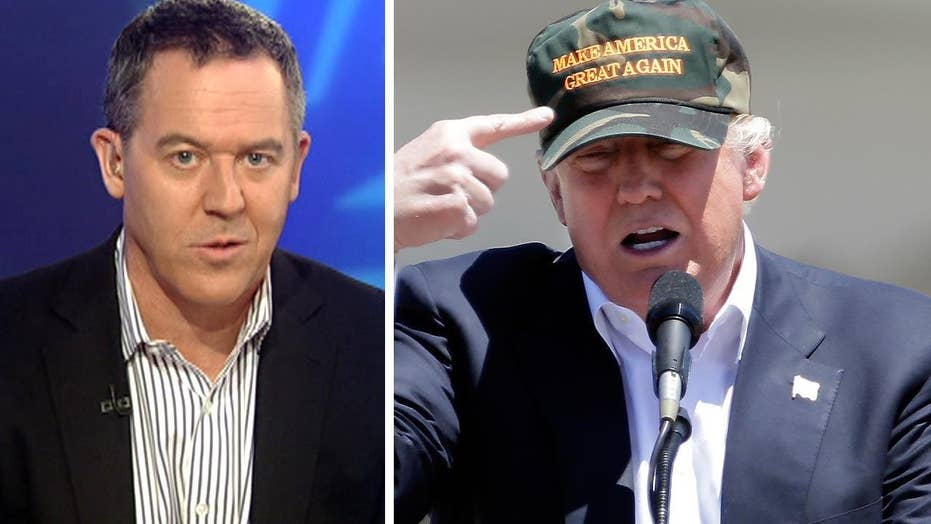 Gutfeld: Why do Trump's comments about bias sound familiar?

Because you've heard them time and time again from the left

SPEAKER OF THE HOUSE PAUL RYAN, R-WIS.: I disavow these comments. I regret those comments that he made. I don't think -- claiming a person can't do the job because of their race is sort of like the textbook definition of a racist comment. I think that should be absolutely disavowed. It's absolutely unacceptable.

I am not going to defend these kinds of comments because they're indefensible.

Anyway, Trump vows to amp up criticism of the judge and people are calling him racist for accusing a judge of being racist, because of his background. Now Trump is wrong, but if that's racism -- assuming some from a different background might be biased -- then every campus, entertainment and media complex are racist, too. Where else could Trump pick up this idea? It's from the left.

Remember Justice Sotomayor, the wise Latina who said her rich experiences would help her reach better conclusions than a white male? And what of white privilege, that being white prevents you from empathizing with others who aren't. Meaning, a white social worker can't possibly understand a black family's problems. Perhaps, Donald assumed this discord goes both ways.

But that's not the real problem, the problem is Trump. I can explain my thoughts on this, but it's not my job to explain his. Trump is a candidate for president, not a crazy uncle shouting at his mailbox because the chemtrails told him too. We keep waiting for him to get serious, but he won't.

It's a simple wish to have a candidate who explains your needs and not the reverse. Must we be his mouthpieces, always supporting his impulsive notions with supplemental reasons that Trump never used to begin with?

Trump indeed has got a shot and yet he still chases fruitless rabbits down dark, endless holes. You know the old saying, when you're digging yourself a hole, you drop the shovel? Trump did and just ordered a backhoe.