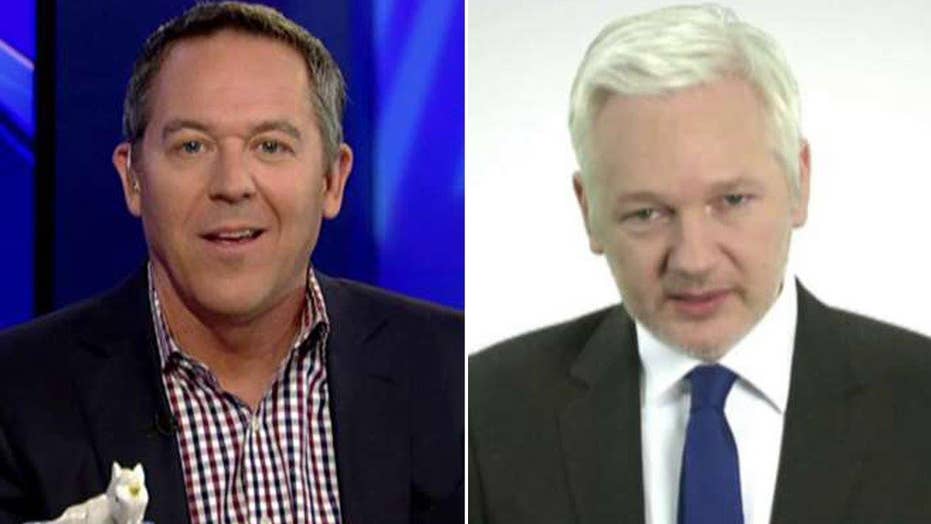 Gutfeld: When it comes to leaks, you can't have it both ways

When evil hackers hurt the other side, all bets -- and principles -- are off

Former Secretary of State Colin Powell's emails were hacked by DCLeaks, which may be tied to Russian intel. There's juicy stuff in there and I'm sure many will dive right in. All in the name of transparency, right?

But as this happens the medical files of our prized U.S. Olympic athletes were posted online by Russian hackers. Hooray about that too! Those kids had it coming! After all, if one leak's so awesome, why can't the other be?

Are some hacks heroic and others evil? What does it say, when you embrace one hack because it hurts someone, but not another? Doesn't that make you a hack, too?

Ever the hero, Julian Assange has released some of his medical records, as if to say, "If I'm fine with exposing my personal life, why shouldn't you?" Of course, these records were released by him, so he controlled the flow of info. That's no hack. Instead, Julian, why not let your worst enemy have at the privileged info between you and your lawyer on the rape charge? That's brave.

It's so inspiring to see conservatives lauding a man who jeopardized our security, a man such righties previously wanted in jail. But when leaks hurt the other side, all bets -- and principles -- are off. It's selfish, deliberate moral blindness that comes with team sport politics.

So drool with glee over scoop after scoop of exposed linen, feeding that proverbial crocodile, hoping it will eat you last. And when it does, I'll bring the condiments.