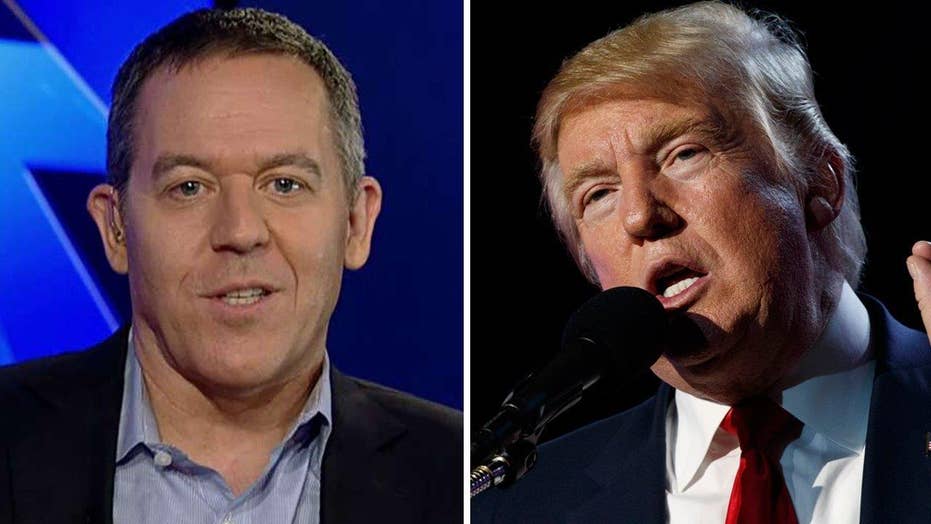 Gutfeld: Was Donald Trump set up by the media?

The short answer is yes; the long answer is hell yes

The new battle cry from Trump: The election is rigged. It's rigged by the media, it's rigged at the polls, it's rigged everywhere. Even "Saturday Night Live," who once let Donald host the show, is involved in this massive conspiracy.

Let's quote the book of Newteronomy:

NEWT GINGRICH, FORMER HOUSE SPEAKER: I think it's amazing that Trump is as close as he is right now considering the one sidedness of the news media barrage and the best description of it is by Barry Casselman in his blog where he said, this is a coup d'etat. He said 14 million citizens and private ballots picked Donald Trump, 20 TV executives decided to destroy him.

True, the media is rigged, but it was rigged for Trump all damn year. He got more free media than the weather, dwarfing not just his primary foes, but Hillary as well. If it wasn't for the media who fell over Trump every time he sneezed, we'd have a different candidate. So yeah, it was rigged and that rigging gave us Trump. He should be extremely grateful.

Of course now he still gets the same coverage, but it's soaked in opposition research. Was he set up? Could it be the media propelled him to the top of the heap knowing he would be so easy to bring down later? Short answer, yes. Long answer, hell, yes.

But it feels like Trump is blaming the refs before the game is played anticipating a loss. And worse, it's a signal that the worst kind of liberal identity politics has spread beyond its borders. We know liberal bias exists, but it used to be that the left were the victimhood kings. But now Trump has stolen their act -- running as the champion of the cheated -- which must upset the left for the media believes only the left can be agreed. Thanks to Trump, now there's competition.