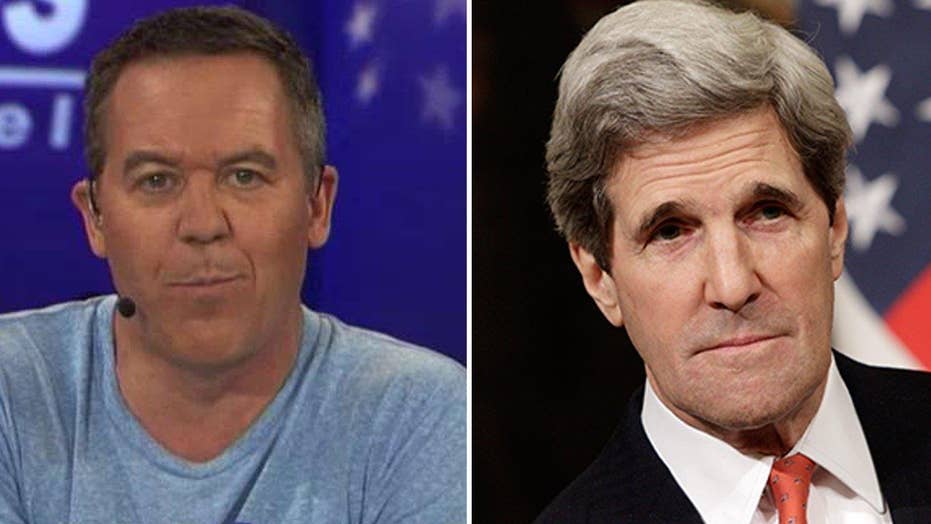 As the Democratic convention kicks off it pays to focus on that party's odd priorities. Just recently, Secretary of State John Kerry -- you remember him: he resembles a driftwood sculpture in a bike helmet -- said at yet another climate conference that the chemicals used in air conditioning are as bad as ISIS:

SECRETARY OF STATE JOHN KERRY: Yesterday I met in Washington with 45 nations, defense ministers and foreign ministers as we were working together on the challenge of Daesh, ISIL and terrorism. It's hard for some people to grasp that, but what we -- you are doing here right now is of equal importance because it has the ability to literally save life on the planet itself.

So the secretary of state thinks cold air is as bad as terror. He's right: Just the other day I saw an air conditioner shoot up a mall. Now, this is around the same time that the Dems banned electronic cigarettes from the convention floor. What do these issues have in common? They reveal how Dems mistake health for harm and see real evil as an illusion.

First, is Kerry not aware that home air conditioning has reduced premature deaths on hot days by 80 percent over the past 50 years? So air con saves lives; ISIS takes them. I guess to Kerry, ISIS is a passing thing like James Taylor's hair.

As for vaping, let's not forget, there's no tobacco in these things and tobacco products kill 440,000 people in America alone. If vaping were around 20 years ago there'd be 10 million people alive right now that aren't: parents, grandparents, siblings, some you don't like.

My point, the Dems in general couldn't see a threat if it bit them in their butts while they condemn what saves lives. In a world full of zombies who are killing in the name of some god, the Democrats prefer to chase air and vapor. No wonder they blow.